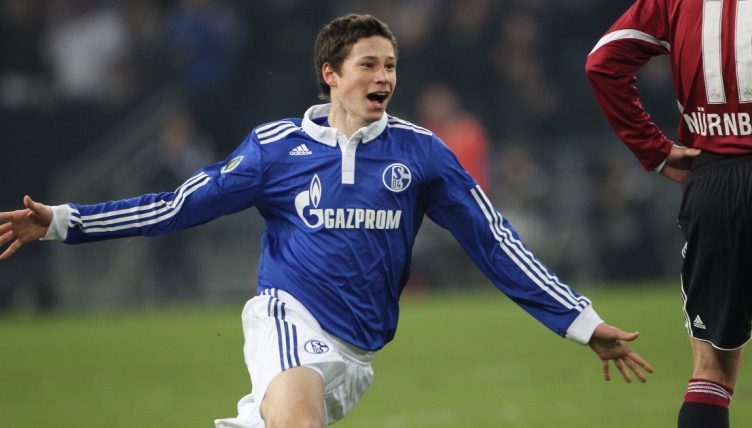 Arsenal, Liverpool, Chelsea and Manchester United have all been involved in long-standing transfer sagas which never actually came to a conclusion.

Gossip columns are awash with hundreds of transfer rumours every day, but there are certain links which just never seem to go away.

We’ve looked at 14 transfers which were supposedly set to go through year after year but never actually happened…yet.

A favourite of Jose Mourinho – back in 2018 the Manchester United boss praised his former Chelsea winger as “top, cream of the crop, he’s amazing”.

This came just days after Willian said: “He is my friend. I had a great time with him.”

All that flirting and they never got the reunion they apparently both so desired. He eventually ended up leaving for Arsenal in 2020 in a move that seemed to suit nobody at all. 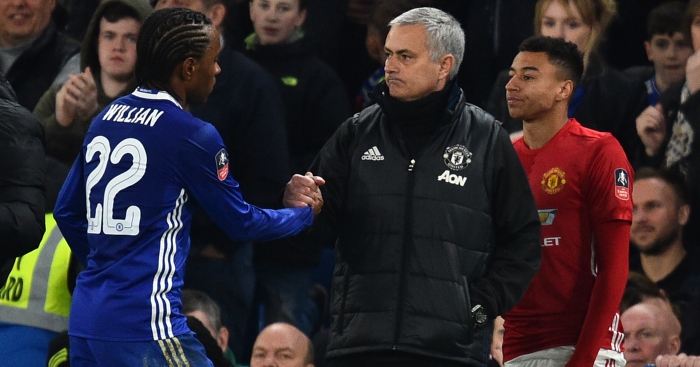 READ: The 13 Brazilian players signed by Jose Mourinho: From Derlei to Willian

Bale issued what we’re contractually obliged to describe as a ‘come and get me plea’ after his heroics in the 2018 Champions League final.

“I need to be playing week in, week out and that hasn’t been happening for one reason or the other,” he said. “I have to sit down and discuss with my agent in the summer and take it from there.”

Sir Alex Ferguson tried to sign Bale when the Welshman was still a teenager at Southampton, only to miss out to Tottenham. United reignited their interest again in 2013, according to the Daily Telegraph, but were beaten to the signing by Real Madrid.

Since then it feels like not a single day has passed without the attacker being linked with a move to Old Trafford. He’s now winding down the final months of his lucrative deal at Real Madrid on the naughty step, and it sadly appears that long-mooted move to Manchester will never happen.

It’s a little known fact that if you put the names of every player Arsene Wenger nearly signed in a long line it stretches across the whole diameter of the Earth.

While Arsenal collected a host of attacking midfielders over the years, Draxler was being linked with the club as early as 2012.

Fast forward a decade and Draxler has moved clubs twice, and only in recent years has the speculation died down. Despite being on the periphery at PSG, he extended his current deal to 2024 and looks happy enough in Paris.

As soon as Jurgen Klopp arrived at Anfield, Liverpool were linked with a host of names from the Bundesliga, and especially Borussia Dortmund.

Pulisic is regarded as one of the brightest talents in world football, and the Daily Telegraph reported in 2016 that Liverpool offered £11million for the winger.

Fast forward a year and Liverpool faced a ‘summer shoot out with Bayern Munich’ to land the USA international, according to the Daily Mirror. Of course, Pulisic stayed at Dortmund.

Another year on and – would you believe it? – reports in both Germany and England have linked the Reds with Pulisic. In the end he signed for Chelsea – who’d have thought all those gossip column inches turned out to be meaningless?

Chelsea fans could be excused for not knowing much about Koulibaly when their club was first linked with the defender in 2015, given he had made just 27 appearances in Serie A by that point.

Manchester United, Southampton and Norwich City made up an eclectic bunch of clubs chasing the player that summer, according to the Daily Express.

The following summer, Koulibaly was coming off the back of his breakthrough season at Napoli, having established himself as one of the best defenders in Italy, and was reportedly a primary target of Antonio Conte’s. David Luiz eventually arrived instead, while Chelsea landed Antonio Rüdiger in 2017.

We were spared such links for a while, only for Maurizio Sarri to arrive at Stamford Bridge and prompt reunion speculation. All this time the Senegal international has stayed put in Naples, with the rumour mill turning their attention back to Manchester United and Liverpool.

Football Italia | Maurizio Sarri will be at #Chelsea next week, he's eager to bring Piotr Zielinski, Gonzalo Higuain, Elseid Hysaj and Kalidou Koulibaly with him to Stamford Bridge. #CFC

In 2011, the midfielder admitted he had held “unofficial talks” with United over a move from Inter, while a source at Old Trafford told The Guardian the following day that the player would not be moving to the club.

Three years and a host of further links later, Sneijder revealed he turned down a move to the Red Devils as he did not want to leave Galatasaray and Champions League football.

And further speculation was sparked in 2016 when the Dutchman said he had met with Jose Mourinho after his former Inter manager took over at United.

Liverpool started the summer of 2005 as champions of Europe, but it was clear the squad needed upgrading.

Rafa Benitez identified Simao, who had just scored 22 goals to fire Benfica to the title, as the man for the troublesome left-wing berth.

“Now the operation is very advanced and we wait for a final solution in the next few hours,” the player’s agent, Jorge Baidek, told Sky Sports amid reports his client was flying to Merseyside for a medical.

But Benfica tried to up the transfer fee as the deal reached a conclusion and Liverpool pulled the plug. The Reds reportedly revived their interest in January, but a move failed to materialise and Simao went on to score at Anfield as Benfica knocked Liverpool out of the Champions League.

I sometimes feel out of touch with European football when I keep thinking things like "I wonder if Liverpool will be in for Simao this time?"#bbcdeadlineday

Arsenal have only ever been a few players short of winning the title for the first time since the Invincibles, usually in the form of a reliable goalkeeper, solid centre-half, shithouse defensive midfielder and a world-class striker.

For a long, very long, God just so long time, Benzema was the man they wanted to lead the line and bag all the goals.

Arsenal’s interest in the Frenchman dates back to his time at Lyon. Indeed a gossip column in The Guardian from 2008 suggests the Gunners wanted Benzema to replace Chelsea and Inter target Emmanuel Adebayor.

Alas, despite Arsenal signing Alexandre Lacazette and Pierre-Emerick Aubameyang, Benzema continued to be tenuously linked with a move to the Emirates. The more things change, the more they stay the same.

The France international, of course, remains at the Bernabeu and could well become Real Madrid’s second all-time top scorer. Did anyone ever really expect him to leave? 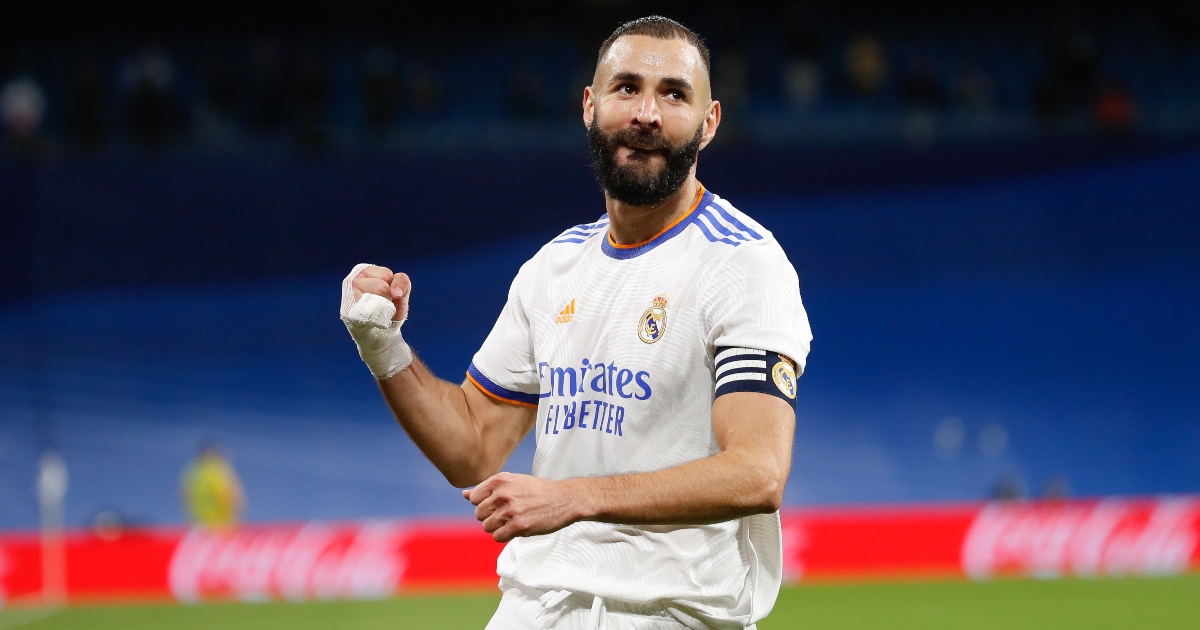 READ: ‘Best No.9 in the world’: 13 quotes to sum up Karim Benzema’s brilliance

Everton’s interest in Smith went on for so long that they reportedly tried to sign the former England striker from three different clubs.

In 2004, David Moyes confirmed they had made a “substantial offer” to try land Smith from Leeds, following the Whites’ relegation from the Premier League.

He instead joined Manchester United, but according to The Sun, Everton led the chase to capture the player ahead of Aston Villa, Middlesbrough and Tottenham in 2007.

Rather awkwardly, Smith joined Newcastle that summer, but only a year later the Daily Mail suggested Everton would finally land their man in a £3million move. Spoiler alert: they never did.

Have Everton put their annual bid for Alan Smith in yet?

As Noel Gallagher exclaimed as he entered the stage of Knebworth: “This is history.”

This is it. This is the summer. This is history. This is finally the time Carvalho moves to the Premier League. Which summer? Any from 2014 to 2018, really.

While Sporting Lisbon were in meltdown back in 2018, Carvalho was expected to join Everton, or perhaps West Ham or Wolves or Arsenal or Liverpool or Tottenham or Manchester United or one of the myriad of English clubs he has been linked with since anyone knew who he was.

In the end, after all that… Carvalho joined Real Betis. The biggest anticlimax since the last episode of LOST.

From the moment Carroll stepped off that helicopter to be unveiled as Fernando Torres’ successor at Liverpool, the striker has seemingly been destined to return to Newcastle.

This summer they have been made favourites to sign the England international, while Sky Sports reported that the Magpies held talks with West Ham in January about a potential loan move.

This follows a pattern of Carroll and Newcastle being linked with one another in every transfer window, with reports suggesting a move never transpires due to the player’s reluctance to leave London or the club’s unwillingness to pay a big fee/wages.

As highlighted by our friends at Football365, the speculation was never quite so rife as the period from July 1 to August 31, 2012, which featured the following:

Come 2022, Big Andy is less of a gossip column stalwart, but at least he’s still doing utterly ridiculous things on a football pitch.

The daddy of them all.

In January 2015, the Daily Telegraph suggested: ‘Tottenham Hotspur to bid £15m for Leandro Damiao as Emmanuel Adebayor prepares for Africa Cup of Nations.’

Fast forward to June 2013 and ESPN had a stab with: ‘Leandro Damiao will still consider Spurs move despite Champions League ambition.’

Thankfully The Independent put an end to the madness a month later. ‘Tottenham end interest in Leandro Damiao, but step up pursuit of David Villa with plan to fund move for Barcelona striker by selling Emmanuel Adebayor.’

I'm still believing that one day, Leandro Damiao will complete his move to Tottenham.

A modern classic. If it weren’t for a pesky fax machine in 2015, De Gea would have got his dream move to Real Madrid and we’d all have been spared a lifetime of tedium.

De Gea was all set to join Los Blancos, with Keylor Navas moving in the opposite direction, only for the two clubs to miss the deadline to complete the required paperwork.

The Spaniard promptly signed a new four-year deal, with the option for a further year, and remains at Old Trafford some seven years later. He’s still maintained that canny knack of looking like an absolute world-beater while his outfield team-mates are at their most shambolic.

Everton got so bored of being constantly linked with Riquelme that they actually announced his capture on their official website in 2007.

The post was taken down within an hour, forcing a club spokesperson to explain: “During the process of uploading the new home page designs for the website some test data was displayed for a very short period of time and was immediately removed after it had been identified.

“Example data had been used during the testing process and this was unfortunately missed by our appointed web development company during the final upload.”

We’d quite like it if every club just claimed they had signed every player they had been linked with, then you just have to turn up on the first day of the season to see who actually turned out for the side.