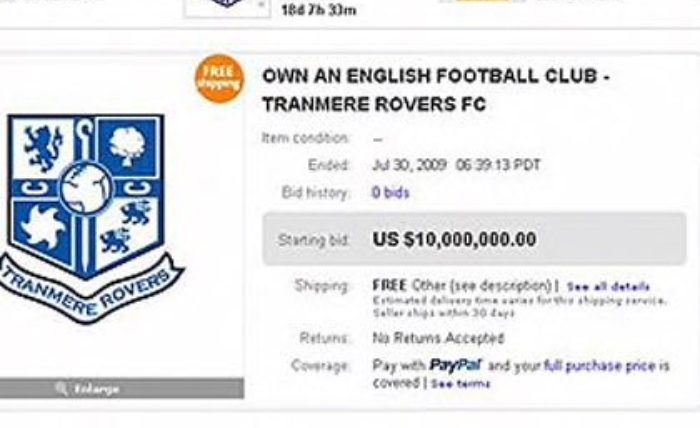 Arsenal, Manchester United and Chelsea items are among the weirdest football products available on eBay.

We’ve all ended up on eBay and stayed browsing for a little longer than we anticipated before entering our PayPal details for something we really, really don’t need.

The allure of football club tat is often too difficult to resist, so we’re sorry if you find yourself reaching for the credit card after reading this.

When Tranmere Rovers owner Peter Johnson tasked US firm Dornoch Capital with finding a buyer for the club in 2009, he never expected the Merseyside outfit to end up on eBay at a starting price of $10million.

“We were appalled,” Johnson told BBC Radio Merseyside. “It’s totally inappropriate. We immediately e-mailed them and said ‘take it off right away’.”

Johnson added: “You can imagine how shocked we were to wake up this morning to find out we were on eBay. We’ll be considering their [Dornoch Capital’s] mandate. It’s not a second-hand bike we’re selling.”

Aug 2009: Tranmere put up for sale. On EBay. pic.twitter.com/j0FKDtxAS2

We can’t work out whether this was actually given to Jermaine Beckford or not. Surely not, but then if not, why would you possibly make this? 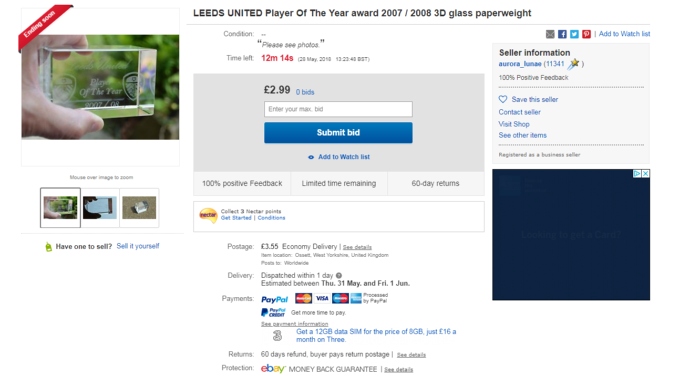 Perfect for the birthday of any Cristiano Ronaldo weirdo you might know. 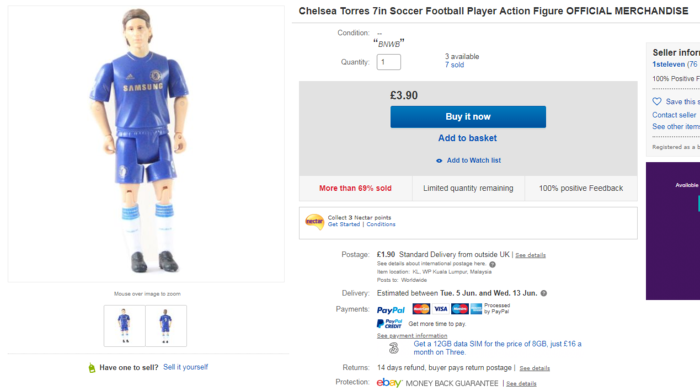 Crucially not a jacket worn by the man himself, but a replica. Considering it comes with a notoriously tricky zip, this seems a little pricey.

Remember when yer da had to sleep on the sofa for a fortnight because he spent the holiday fund on a linesman’s medal? 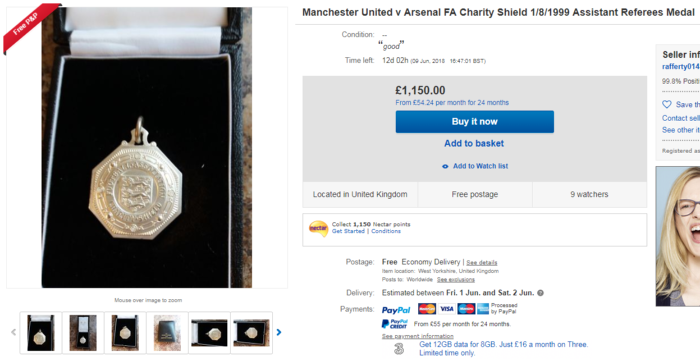 Half and half scarf

Earn the ridicule of your friends for wearing a half and half scarf for the princely sum of £200.

Awarded to Tottenham after a 2-1 victory over Guernsey in 1932, this also features the following line in the description: “There’s very little info online about the match but to be honest I haven’t really looked.”

We might actually buy this now we’re officially Portland fans.

This might be the most harrowing thing we’ve ever seen. 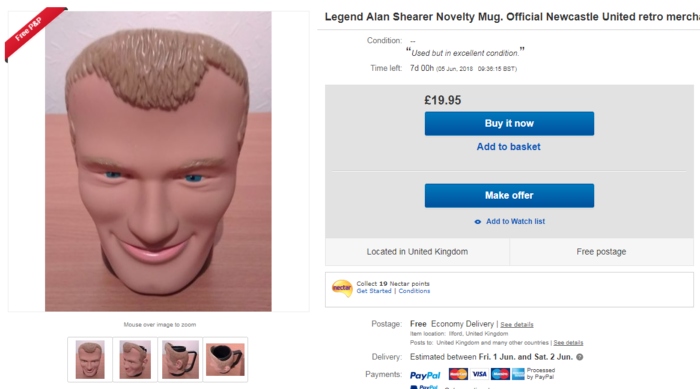 Only slightly threatening. What is it made out of? Well, according to the description, it’s “brass looking”.

The perfect accompaniment to your LFC RED5 personalised number plate.

We wouldn’t like to speculate on just how rare these actually are, but there is definitely more than 10 available.