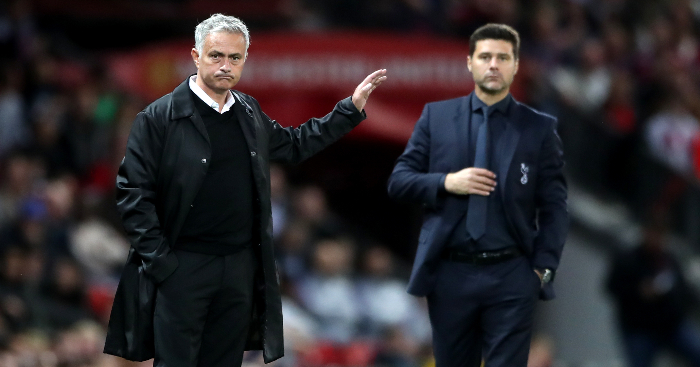 It’s fair to say that Tottenham Hotspur‘s new manager Jose Mourinho invites strong opinions – including from those in the game he’s worked with.

Given his time at Chelsea and Manchester United, Spurs fans should have an idea of what to expect from the famously acerbic manager, but what can the players expect from their new boss?

Here are some of the most revealing quotes about the 56-year-old from those that know him best.

“You think two beautiful passes are enough. You think you’re so good that 50 per cent is enough,” Ozil claims is what his former manager at Real Madrid told him in his 2018 autobiography.

“He pauses. Stares at me with his dark brown eyes. I stare back. Like two boxers at the stare-down before the first round.

“He shows no emotion. Just waits for a response from me. How much I hate him right now. And I love Mourinho actually.”

“Oh, are you giving up now? You’re such a coward,” added Mourinho.

“What do you want? To creep under the beautiful, warm shower? Shampoo your hair? To be alone? Or do you want to prove to your fellow players, the fans out there, and me, what you can do.”

“Mourinho simply told us that we can win this if we maintained our calm and stayed patient throughout the different phases of the game,” Maniche told us regarding Porto’s famous victory over Manchester United.

“He kept stressing on the fact that we had to have the ball as much as we could, but to be honest in these games speeches don’t matter, everyone knows the importance of the game, without your own belief that you could win this, there is no possible speech that could turn things around!

“When we arrived back in Porto from Manchester we had to celebrate with our fans. It was just a beautiful, sleepless night. It’s a day that I will always keep recalling and will forever be stuck in memory.” 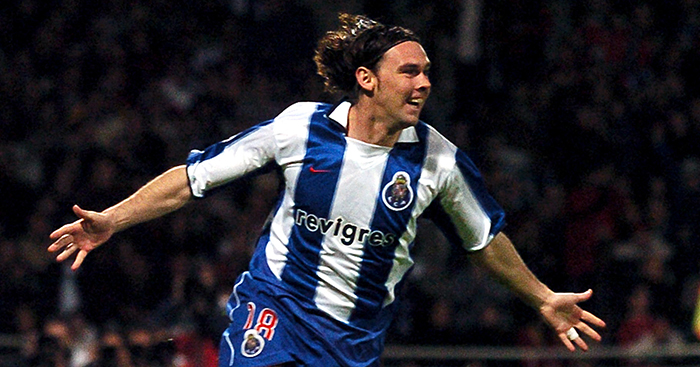 “That first spell when he was there he had great charisma but he could manage that really well between the management, the coaching side and the detail of his work.

“We were never totally aligned in terms of the way we’d seen the game, but we had lots of similarities.

“We liked to communicate well with players and people, we were both ambitious – wanted to do well – and we always wanted to ensure our work had quality. He was a big reference for me.”

“In my formative moments, working with Jose was the best time of my life. I was able to lean to many things and working with him takes you to another level,”

“You fall in love with him and he becomes your idol. I wanted to be like him, know everything that he knew and absorb all the information he was giving.

“Then you fall on the wrong side of Jose and that’s when things change and you realise that you’ve been blinded by someone. He has this fascinating capability of getting the best out of you, which has good or bad consequences for people.

“My consequences were that as a result of the argument or disagreement we had, I started my coaching career.”

“Work with Mourinho again? Why not? I would put him at the top, I always say that.”

“I have played for so many great coaches, but Jose Mourinho was a big thinker analytically, he went into everything in great detail.”

“I’ve been influenced by all the managers I’ve played under, but probably Jose as much, if not more, than anyone else.

“He was the one at the point of my career when my performances and mindset got better, giving me a lot of confidence within the team.

“So I try to act like that with my players now, trying to have a personal relationship with them which means driving them every day to be better, trying to help them to be confident and understand what they need to do to keep going up the levels as a player.”

“He was the best manager, and the best coach as well. He did everything.

“He was the first one to come and revolutionise it at Chelsea. He would be the first in, 8am, he’d be the one setting the cones out, and you’d come in as players and he’d be out there, if it was pouring with rain, getting his session organised.”

“You see that Jose has something different.

“We have had five years since Mourinho [left] and we are still talking about Mourinho. Why?” said the defender when Mourinho was linked with a move back to Madrid in 2018.

“He is a coach of the highest level so everyone would want him. Real Madrid has won everything so we have to have respect for the coach that we have now.”

“With him, I clearly saw that it’s better to face a player, to say things as you see them. Other coaches promise things that they then don’t fulfil or create expectations that never come to pass.”

“José’s a special person and a special professional. He loves what he does 24 hours a day, his motivation levels are incomparable.

“He is demanding, but the more you deliver, the less he asks of you. You can get knowledge from a school, but wisdom comes with experiences and I don’t think there’s a manager in the world with the experience José has and the wisdom.”

“At Barcelona, the first coach that put me on alert to counter-attacks was Mourinho, with Di Maria, Bale, Benzema,” said the Manchester City boss, who had previously worked with Mourinho at Barcelona under Bobby Robson.

“I’d think ‘careful when we lose the ball.” 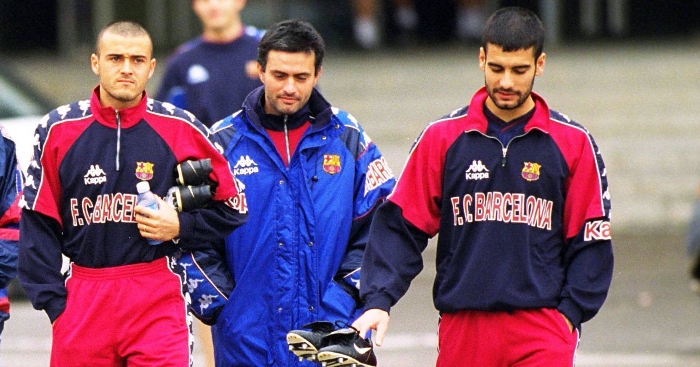 “Jose was a personable young man who was nominated to look after me because of his good English and strong background in football.

“Jose was to prove a marvellous asset, covering my back and looking after me while building up a good rapport with the players of the three clubs we have been at together.

“Whenever I needed his support he was there, even though it often meant putting himself in the firing line.”

“An arrogant young man, who didn’t respect authority that much, but I did like that of him. He was not submissive – he used to contradict me when I was in the wrong.

“Finally, I wanted to hear what he had to say and ended up listening to him more than the rest of the assistants.”