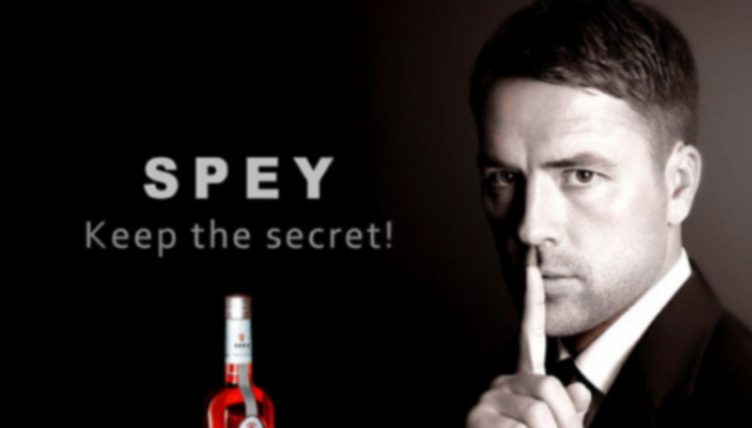 Michael Owen likes to get his face on TV, whether it be as a football pundit, covering horse racing, or as the face of a remarkably wide range of advertisements.

Since his career began in the late 90s, Owen has been appearing on our screens in some of the most cringe-worthy advertisements going.

We’ve taken a look through the archives to dig out some of the worst, which will make you wince and cover your eyes, with a number of funny lines thrown in for good measure.

“Yeah, and the easiest.”

To be fair, it was probably a better switch than joining Stoke to spend the last season of your career sat on the bench watching Pulisball.

I've made some big switches in my career, but this one with @HuaweiMobileUK has been easier than most….
The kit is fantastic!#MakeTheSwitch #DeadlineDay #Adhttps://t.co/jicBcl6e9h pic.twitter.com/2ZhmJiT9wv

You’re lying if you say you never tried to header one of those boards in a supermarket when you were a kid. But a 25-year-old Owen doing it is a bit odd.

“To be as successful as Michael Owen takes years of hard work, tons of effort, buckets of sweat and… a splash of milk on your Sporties,” is the voiceover, as Owen munches on what look suspiciously like Shreddies.

Calling the crisps cheese and Owen says it all, as Walkers legend Gary Lineker attempts to take out the 18-year-old England striker in the early days of a weird relationship between football and the crisps.

Short and sweet but rousing and inspiring, the power is in your hands.

You think the voiceover is cringey enough, while the sip of the whisky itself is pretty painful viewing even if brief.

But then. Then you get to the fingers on lips at the end, accompanied with Owen whispering “keep the secret”.

This might just be our favourite. Every little line is absolutely golden, not to mention his closing remark, which is astonishing and surprisingly quite well delivered.

The crisps giant were continuing their theme of Lineker’s jealousy of Owen into the new millennium, with the 1986 Golden Boot winner setting up a fake school visit for Owen in which he would end up playing rugby against a full rugby team.

Every single second of this promo video of Owen flying around Dubai in a chopper (or not..) and just reacting in a typically mundane manner to everything.

A highlight has to be: “It looks small from here, but it really is quite large.”

Michael Owen's Dubai promo video is the only video you need to watch tonight.. 😂 https://t.co/VFinkEgMd5

This is quite adorable until you get to the end and Owen’s line, which you can only cringe at.

We’ve loved working with @GowingLawUK, take a look at their fabulous #ad with footballing legend, @TheMichaelOwen… You can find it on our Facebook page! pic.twitter.com/U9BXx1fwSO

This is just all kinds of bizarre.

And now, the radio edition.

It’s not that bad an advert, but Owen’s voice just doesn’t lend itself to voiceovers at all.

His official YouTube channel, Michael Owen Online, also decided to abbreviate itself to MOO and plaster that in huge letters at the bottom of videos…

If there’s one thing Joey Tribbiani taught us, it’s that, to act, you need to be able to react when you don’t have a line. It’s what separates the amateurs from the professionals.

Well, remarkably, Owen doesn’t say a single word in this advert, featuring an old bloke with his arse out in the shower.

Come on mate, put some effort in.

Straight from the @FIFAWorldCup in Qatar 🇶🇦, @themichaelowen, soccer legend who played for @LFC, @RealMadriden, @NUFC, @ManUtd and the England National Team talks about how @Resecurity can proactively protect consumers and enterprises from cyber attacks and data breaches. pic.twitter.com/j4hISebplL

23 of the most brilliantly awful adverts starring footballers