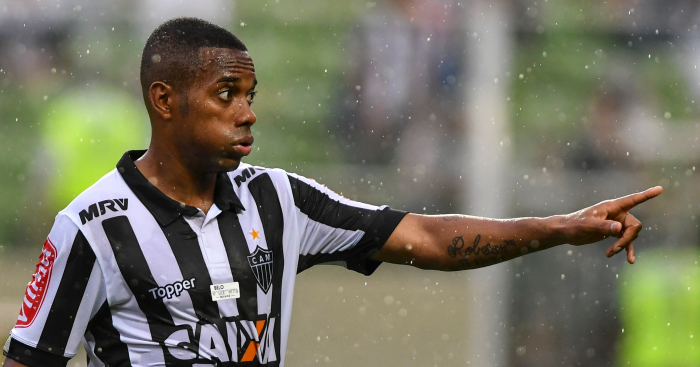 The transfer window may have been quiet in the Premier League in comparison to previous years, but a number of intriguing deals have taken place on the continent.

Last January saw the likes of Philippe Coutinho, Virgil van Dijk, Alexis Sanchez, Lucas Moura and Aymeric Laporte on the move, and while few deals of such high profile have been completed this year, that doesn’t mean there still hasn’t been interesting transfers.

Here are 15 transfers which might have passed you by.

Perennially linked with the Premier League for a number of years, Martins finally left Sporting Lisbon in the summer – for Atletico Madrid.

But the winger struggled to break into Diego Simeone’s first team, starting just once in La Liga. Despite even more tenuous links to England, the Portugal international has joined Monaco on loan as the French side try desperately to climb away from the relegation zone.

When PSG signed Jese in a €25million deal three years ago, Real Madrid insisted on a clause in the deal which stipulated the French outfit could not sell the player to Barcelona.

Since then, the forward has made nine league appearances for PSG and has been sent out on loan to Las Palmas and Stoke, with his attitude and form questioned in both spells.

After making just one cup appearance for PSG in the first half of the season as a last-minute substitute, Jese has now joined Real Betis on loan. Barcelona must be gutted.

Bayern Munich’s pursuit of Callum Hudson-Odoi off the back of Jadon Sancho and Reiss Nelson’s huge success in Bundesliga may have dominated the headlines, but Borussia Dortmund have continued the theme of German clubs identifying some of the best young talent in the world with the signing of Balerdi.

The 20-year-old only made his senior debut for Boca Juniors in August but quickly caught the eye, earning a €15million move to the Bundesliga leaders.

“In that regard, I think we ended up making a very good fee for a player, but we wished he’d played in Boca’s first team for a while,” Boca president Daniel Angelici told Radio Continental.

On a similar theme to Balerdi, Stuttgart snapped up their own promising young centre-back in Kabak, who joined from Galatasaray after being linked with Manchester United, Manchester City, Inter and Roma.

There are some suspicions around the 18-year-old’s move, however, with German outlet Kicker suggesting Bayern Munich helped with the transfer in order to secure the defender’s signature in the future – in much the same way which saw Serge Gnabry move to Werder Bremen before heading for Bavaria.

January 18, 2019: Campbell says he was “sure I could do well” at Arsenal under Unai Emery.

January 25, 2019: Frosinone allow Campbell to join Club Leon after the forward failed to score in 17 appearances.

In five years at Juventus, Sturaro has managed to win five league and cup doubles despite never fully establishing himself in Max Allegri’s starting XI.

Due to the arrival of Emre Can in the summer, Sturaro’s prospects looked slim, and so he was sent on loan to Sporting Lisbon.

Injury meant the midfielder never actually appeared for Sporting, and the deal was terminated this month in order to allow him to rejoin Genoa, initially on loan but with the option for the move to be made permanent.

We have no idea how he does it, but Caceres, after all of three Serie A appearances for Lazio this season, is back at Juventus for a third time.

The one-time Southampton defender (literally one time), who also counts Barcelona and Sevilla among his list of former clubs, has made 30 appearances in just three of his 14 seasons as a professional footballer due to numerous injuries.

⚪⚫ OFFICIAL | Martin Caceres is back in Bianconero ➡️ https://t.co/r1PfnWC5sX#WelcomeBackMartin pic.twitter.com/LIu5RuznhG

We were desperate for big mad Mario to return to the Premier League but were quite happy to see the striker pen a new deal at Nice in the summer after revitalising his career with 43 goals for the club over the past two seasons.

But history began to repeat itself for the Italy international as he fell out with manager Patrick Vieira amid questions over his form and fitness, and he has now joined Marseille, who he almost joined in the summer, on a deal to the end of the season.

With Marco Verratti injured and Adrien Rabiot ostracised, PSG lined up for their most recent fixture with defenders Marquinhos and Dani Alves as their central midfield partnership, which seems a bit daft for a team effectively funded by an entire state.

They have gone some way to rectifying that problem with the £35million signing of Paredes from Zenit Saint Petersburg, beating off competition from Chelsea for the Argentina international.

Ba has spent the last five years of his career yo-yo-ing between China and Turkey, and the former Chelsea and Newcastle striker has continued that tradition by leaving Shanghai Shenhua for a second time and making İstanbul Başakşehir – the home for Premier League forgotten men – his third club in the Süper Lig.

Istanbul Basaksehir have completed the signing of Demba Ba, and this is how they announced the transfer deal. This is incredible. pic.twitter.com/L686kW3Kki

Joining Ba at Basaksehir, Robinho has left Sivasspor after a year with the Turkish outfit.

Only three players have scored more goals in the division than the former Manchester City forward this year.

Inexplicably still only 29, Obertan spent the last two years with Levski Sofia after being relegated to League One with Wigan.

But the winger has now joined BB Erzurumspor, who sit second bottom of the Turkish top flight in their first campaign at that level, having only been formed in 2005.