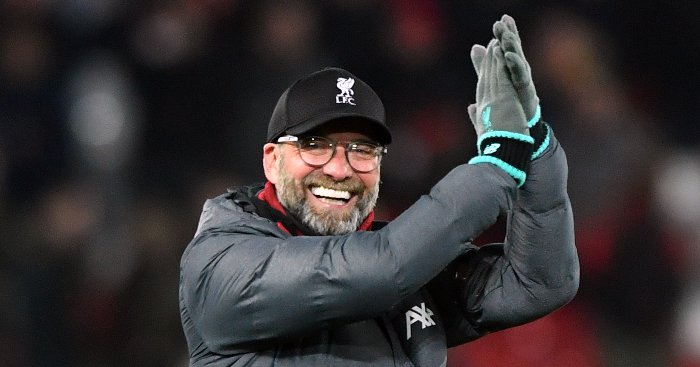 Jurgen Klopp marked his 100th Premier League win as Liverpool manager in style with a 5-2 thrashing of city rivals Everton on Wednesday evening.

As well as leading Liverpool to Champions League glory, the former Borussia Dortmund manager has hit some remarkable milestones since he was appointed as Brendan Rodgers’ successor at Anfield in October 2015.

Here are some of the standout stats and records from the German’s time in Merseyside.

– Klopp has made it to 100 Premier League wins from 159 games. Only Jose Mourinho needed fewer games to reach the same milestone.

100 – Liverpool’s victory over Everton was Jürgen Klopp’s 100th Premier League win in his 159th match in charge in the competition; among all managers, only José Mourinho (142 matches) enjoyed 100 wins in fewer games in the competition’s history. Centurion. #LIVEVE pic.twitter.com/XHRKbQayUK

– The defeat to Manchester City in January 2019 is their only defeat of their last 54 league games.

– The Merseyside derby victory marked another Liverpool record, their longest-ever unbeaten run in the league, beating the previous club record between 1987 and 1988. Since that Etihad defeat, Liverpool’s current unbeaten league run stands at 32 games.

– That’s also the third-longest in Premier League history behind Jose Mourinho’s Chelsea (40 games between 2004 and 2005) and Arsenal’s Invincibles (49 games including the entire 2003-04 season).

– The 17 consecutive league victories between March and October 2019, capped off with James Milner’s injury-time penalty winner against Leicester, is the longest winning streak in Liverpool history.

– It took Liverpool 197 games under Klopp to score 400 goals – that’s faster than any other Liverpool manager.

– The Reds have scored four goals or more on 46 occasions with Klopp in charge.

– Klopp is yet to lose a two-legged European knockout tie with the Reds. He’s led them to the final of every European campaign he’s been involved in with the club (the Europa League in 2016 and the Champions League in 2018 and 2019, Liverpool did not play in Europe in 2016-17). 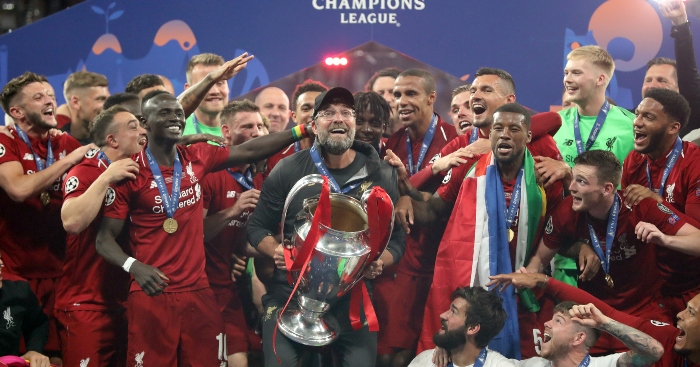 – Last season’s points tally of 97 in 2018-19 was the highest in the club’s history, and the third-highest in English top-flight history (extrapolated to 38-game seasons and three points for a win). Remarkably it still wasn’t enough to beat Manchester City, who finished on 98.

– 43 points from the opening 15 games is the joint-best start to a Premier League season in history. They’re level with Manchester City of 2017-18, who went on win the title with a record 100-point tally.

– Mohamed Salah has scored 80 Liverpool goals. That’s the most of any player at the club under Klopp.

– Roberto Firmino has made 207 Liverpool appearances under Klopp. The most of any player.