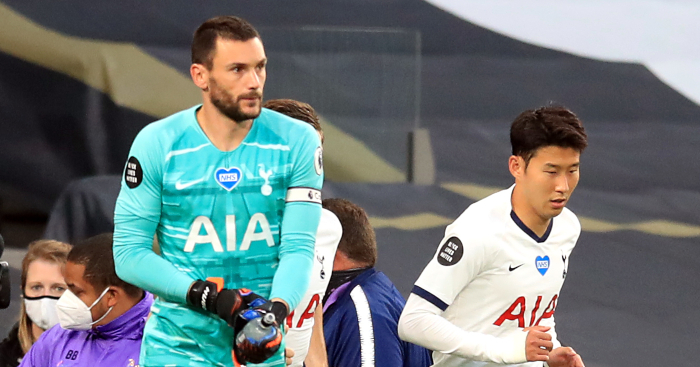 Is there anything better than seeing two team-mates fight on a football pitch? The answer, obviously, is no.

Sometimes tempers flare, and while commentators are obliged to say “we don’t want to see that in football”, we really, really do.

Here are some memorable football bust-ups you just have to laugh about.

Ibrahimovic has form for getting stuck into his team-mates, threatening to break Rafael van der Vaart’s legs at Ajax and punching Jonathan Zebina in the face at Juventus.

But his most spectacular tear up came at AC Milan, where he clashed with one-time Newcastle United loanee Oguchi Onyewu.

“I head-butted him, and we flew at each other,” Ibrahimovic wrote in his autobiography.

“We wanted to tear each other limb from limb. It was brutal. We were rolling around, punching and kneeing each other. We were crazy and furious — it was like life and death.”

Blackburn had endured a dismal Champions League campaign after winning the Premier League and travelled to Spartak Moscow on matchday five still searching for their first win of the group stage.

They unravelled in Russia, losing 3-0, with David Batty and Graeme Le Saux coming to blows.

“Before the match I told my players they will be playing against 11 guys ready to fight for each other for 90 minutes… not with each other,” Spartak coach Oleg Romantsev quipped afterwards.

You wouldn’t expect a training session between players not involved with the first-team squad to be particularly competitive…but never assume.

The day after Aston Villa had been beaten 4-0 at Leicester City, the players not selected for that game trained at Bodymoor Heath – and an argument between Danny Drinkwater and Jota somehow became so heated that the Englishman allegedly headbutted his colleague.

Tottenham earned a drab 1-0 win over a Everton in July 2020, but the biggest talking point came when the half-time whistle blew.

Despite being in the lead, Hugo Lloris was unhappy with Son Heung-min for failing to track back and the goalkeeper confronted his team-mate at the interval.

The pair had to be separated by team-mates Giovani Lo Celso and Harry Winks, although they eventually embraced each other at full-time.

Instead of criticising his players, manager Jose Mourinho said that the incident was “beautiful”.

Hugo Lloris & Son clashing with each other at half-time 😳 pic.twitter.com/jjVeKy36AR

It sounds incredibly hard to start a fight during a yoga session, but there was still bad blood between Aleksandar Mitrovic and Aboubakar Kamara after the latter stole the ball away from the Serbia international when Fulham were awarded a penalty against Huddersfield – and missed.

According to The Sun, the duo started fighting after Kamara interrupted a group meditation during yoga and Mitrovic told him to “shut up”.

If scrapping during yoga is one thing, leaving your team-mate requiring a stretcher in a friendly is another.

Levein broke Hogg’s nose with Hearts trailing Raith Rovers 1-0 in a pre-season friendly. Both players were sent off, with Hogg given his marching orders while on a stretcher.

Hogg was hit with a 10-match ban, while Levein was suspended for 12 and was also stripped of the captaincy.

Protection.
Graeme Hogg of Hearts being carried off the pitch in 1994 after being punched and having his nose broken…..
In a friendly.
By a team-mate.
By his captain.
By Craig Levein.

Speaking in the eyes of the law, this was more an assault than a fight, with Barton handed a suspended four-month prison sentence while he was already serving a six-month jail term for another attack.

Dabo was left unconscious and covered in blood on the ground after being repeatedly punched by Barton in Manchester City training.

Both men were sent off. Preston lost 2-1. Supporters who travelled to Hillsborough had their tickets refunded from the fines issued to the players.

Emmanuel Adebayor is another player with form for this sort of thing, having fought with Kolo Toure in Manchester City training in 2011 on the eve of their clash with their former club Arsenal.

The striker had previously clashed with Nicklas Bendtner at the Gunners in 2008, with reports he headbutted the Dane, who was left with a cut nose and blood-stained shirt, during a 5-1 defeat to Tottenham in the League Cup semi-final.

The wingers have dovetailed brilliantly in tormenting opposition full-backs for Bayern Munich over the past decade but fought at half-time during a Champions League semi-final clash against Real Madrid in 2012 after an argument over who should take a free-kick.

Robben told Sky Sport News Deutschland in 2017: “We’ve always got on really well and it exploded between us once, but the incident only made us stronger.

“It was really a shame. We’ve played together for such a long time and experienced so much together. Actually it doesn’t tell the whole story, actually it is really just one incident in eight years.”

Ribery added: “Sometimes these things happen in football. I approached Arjen in the Bremen game and said it’s over.”

We admire McManaman’s bravery in this one.

In the heat of a football match, you can sometimes understand emotions getting the better of players. But that doesn’t explain how a bit of dropped cutlery led to Alan Shearer putting Keith Gillespie in hospital while the pair were at Newcastle United in 1997.

“We were away on a mid-season break, and I knocked some cutlery off the table accidentally,” Gillespie told talkSPORT in 2016. “He looked over to say ‘pick that up’, and I just didn’t like the way he was talking to me.

“I just turned round and said: ‘Right. Outside now!’ And he took me up on the offer.

“I didn’t think he would, but I was a bit too proud to back down. We ended up going outside, and I took one swing and missed, and he hit me – and that was goodnight.

“I did actually spend a night in hospital. Because when he hit me I fell and hit my head on a plant pot. I was unconscious.

“He came and saw me the next day, and we had a laugh about it.”

Being knocked unconscious by your captain. Hilarious.

We can only applaud getting sent off for slapping your own captain.

Jens Lehmann is a f*cking nutcase, of that there is no doubt, but even by his standards it was a bit much to race upfield and confront Marcio Amoroso after Borussia Dortmund conceded against Schalke in 2003.

Lehmann was given a red card for his escapades, becoming the first Bundesliga goalkeeper to be sent off four times in his career. In the meantime, the goal was actually disallowed for offside as Dortmund went on to secure a draw.

John Hartson was suspended for three games and fined £20,000 after cameras caught the West Ham striker booting Eyal Berkovic in the head.

Berkovic had reacted to a strong challenge from Hartson by punching him in the leg, which hindsight suggests wasn’t the best idea.

Bradford City don’t like Leeds United. So when 5-1 down to their West Yorkshire rivals at Elland Road in the penultimate game of a disastrous season in 2000-2001, it’s understandable that tensions were a bit high.

It was nevertheless still something of a surprise when Stuart McCall, City’s captain, headbutted team-mate Andy Myers and received a well-aimed punch in return which left him requiring stitches in his left cheek.

A wonderfully slapstick bust-up, Freddie Ljungberg and Olof Mellberg treated the media to a scramble which was more Inbetweeners than Fight Club ahead of the 2002 World Cup, taking down a fellow player with them.

This only gets better when you learn Fernando Ricksen had already fought with captain Vladislav just a month after joining Zenit before clashing in a pre-season friendly with Malaga.