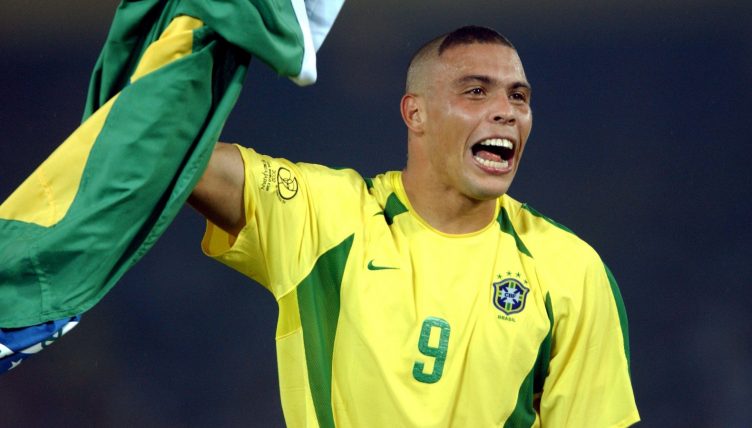 The football season might have paused for the World Cup, for those experiencing withdrawal symptoms between matches, there’s a plethora of amazing documentaries waiting to be devoured online.

While this season is more jam-packed than most – thank you, Qatar – most of us just want football on every evening and all day on Saturday and Sunday. Is that too much to ask?

The answer is a good old-fashioned documentary. Here are 21 of the best on Netflix, Amazon Prime, BBC iPlayer and YouTube documentaries to keep anybody boycotting Qatar 2022 ticking over until club football starts up again.

Looking forward to this on BBC 4 tonight. A documentary on the real Ronaldo 👀🇧🇷 pic.twitter.com/Qf4mdimFJo

Cameroon were the fairytale story of Italia ’90, beating Argentina in the opening game before losing to England in a thrilling quarter-final.

And this jaunt down memory lane, featuring Roger Milla and other stars, is unexpectedly emotional – especially with the kicker in the documentary’s final minutes.

It’s up on iPlayer for the duration of the World Cup.

Messi is arguably the best player to ever lace up a pair of football boots and the BBC have given him the documentary treatment before the World Cup.

In a comprehensive new one-hour film, a host of his former team-mates and players who have faced him, as well as journalists who have covered him, delve deep into Messi to try and separate the man from the myth.

Players such as Cesc Fabregas, Xavi, Andres Iniesta, Per Mertesacker, Manuel Neuer and Marcel Desailly all give unique insights into their team’s triumph and there’s plenty here that even football die-hards won’t have known beforehand.

So proud to be part of this superb documentary! Watch “How to win the World Cup” on the BBC and the BBC iPlayer.⬇️ @BBCSport @BBC https://t.co/HOmA5ysVV6pic.twitter.com/zjqLeiuMNN

The uproar over FIFA’s decision to award Qatar this year’s World Cup hasn’t dyed away over the intervening 12 years – and arguably caused the downfall of Sepp Blatter’s administration.

Recall the remarkable story of corrupt FIFA officials being hauled over the coals by the FBI in Netflix’s damning documentary.

The Figo Affair: The Transfer that Changed Football – 2022

The latest football offering on Netflix documents Figo’s sensational move from Barcelona to Real Madrid in 2000 – and is a gripping watch.

The documentary has been made by David Tryhorn and Ben Nicholas, who are best known for their work on the biographical film ‘Pele’ from 2021.

Tryhorn has said of turning attention towards another all-time great: “After the success of Pele, Ben and I were delighted to partner with Netflix again on El Caso Figo.

“It’s increasingly hard to find sports documentaries that are saying something new, that aren’t simply biographies or histories of sporting successes, so we believe El Caso Figo is unique.

“Focusing on the transfer rather than Figo’s career, the film informs us about truth, greed, morality, and the inner workings of the world’s most popular sport.

Arsenal are the latest club to receive the Amazon Prime treatment after snatching a Europa League place from the jaws of Champions League qualification last year.

And the eight-part series doesn’t disappoint. From Pierre-Emerick Aubameyang being stripped of the captaincy and Mikel Arteta’s gradual metamorphosis into David Brent to Bukayo Saka blossoming into a national treasure, there’s something for everybody here.

Diego Simeone is one of the best, and most watchable, managers in world football, overseeing Atletico Madrid’s transformation into European heavyweights over the past decade.

But this disarming series, available on Amazon Prime, goes behind the scenes into Simeone’s past and family life as Atleti pushed for the La Liga title in 2020-21.

This has the effect of humanising the caricature we see stalking the Atleti touchline and makes for compelling viewing. Get on it.

England’s record goalscorer has been in the news for his role in the Wagatha Christie saga, but this Amazon Prime piece reminds us of his immense talent back in the 2000s.

Never forget how good Rooney could be…

Few television storylines are as engaging and intriguing as corruption. The difference here is that it was all very, very real.

Corruption at football’s governing body was long suspected but was nigh on impossible to prove. Enter the FBI.

In 2015, US prosecutors disclosed cases of widespread corruption within the organisation, ultimately leading to the downfall of FIFA president Sepp Blatter despite his desperate attempts to cling to power.

This documentary, available on Amazon Prime, delves deep into the shady dealings of the organisation and explores what factors led to such duplicity on a never-before-seen scale.

An eight-part series detailing Pep Guardiola’s Manchester City on their relentless march to the first-ever 100-point season in the Premier League.

The Amazon Prime original gives viewers an insight into the mind of one of the greatest ever coaches and behind-the-scenes footage from one of the footballing world’s top clubs.

And watch out for a scene-stealing cameo from Fabian Delph…

Following relegation to the second tier of English football, this Netflix series follows the unerring passion of the Mackem faithful as the club tries to stave off disaster in the form of consecutive relegations.

It documents the highs and lows of one of the best-supported clubs in England in a series Sports Illustrated described as “a cut above the rest.”

The second series is even wilder and a third is being filmed this season – just as manager Alex Neil has walked out and joined Stoke. A must-watch for all fans of black comedy.

A flawed genius, Paul Gascoigne was perhaps the most talented English player of his generation. But few have experienced such lofty highs and debilitating lows as Gazza.

This two-part documentary, which premiered on BBC iPlayer last month, is an in-depth study of the rise and fall of Gascoigne during the 1990s and culminates with his exclusion from the 1998 World Cup squad.

Plenty of unseen footage and Gazza makes a heart-warming cameo at the end. This is well worth your time.

Few clubs evoke the scintillating memories and raw emotion that Barcelona bring. From Cruyff to Messi and Maradona to Ronaldinho, the names come and go, but the fabled red and blue striped shirt lives forever.

For a period of four years under the tutelage of Pep Guardiola, Barcelona produced the greatest club football the world had ever seen. Follow their journey during the Pep years on YouTube as Messi, Xavi, Puyol and co. plundered 14 trophies in just four seasons.

Released before last summer’s European Championship, this documentary is a close look at the life of Ronaldo – one of the world’s most recognisable sportsmen.

From delighting fans worldwide with his on-pitch heroics to being the name and face of a multitude of global brands, the spotlight always shines the brightest on Cristiano Ronaldo.

This documentary, available on iPlayer, looks through that polished facade into the mind and personal life of a global superstar.

Italia ’90 is one of the most evocative World Cups of all time and this nostalgic doc will bring the memories flooding back. Available on Amazon Prime.

Retweet if you remember seeing Paul Gascoigne's tears at the 1990 World Cup. 😢 pic.twitter.com/OX9csSXXGx

Go deep into the life and times of Sir Bobby Robson – a pillar of the English game.

The documentary on Netflix charts Robson’s path from his burgeoning managerial career at Ipswich in the 1960s and beyond.

His time as England manager, his years spent coaching European powerhouses abroad and his final position as Newcastle boss are all explored in great detail and depth.

Lots of rarely-seen archival footage and home videos feature in the film which earned a 100% approval rating on Rotten Tomatoes.

Experience the rise and fall of one of football’s great personalities in this documentary on iPlayer.

George Best had conquered the world with European Cup glory at the tender age of 22. Unfortunately for the Northern Irishman, however, his well-documented battle with alcoholism and playboy lifestyle began to spiral out of control.

Best endured a turbulent life towards the end of his playing career and into retirement before sadly succumbing to kidney and liver complications and passing away at the age of 59 in 2005.

The opening line sums up Doncaster Rovers in the 1990s: “This is Mark Weaver, the general manager of the worst professional football club in the country.”

The term ‘basket case’ has never been so apt. From the owner paying an ex-SAS soldier to start a fire in his own stadium to relegation to the fifth tier of English football, Doncaster Rovers were a complete shambles.

Relive the chaotic scenes at the Yorkshire club in this 48-minute documentary available for free on YouTube.

And then read 6,000 words from us as we tracked down some of the key characters involved to shine a new light on the story.

The Netflix original documentary followed Juventus during the 2017-18 campaign, with two series of three episodes each.

Gianluigi Buffon and Gonzalo Higuain are among the players you can get a behind-the-scenes view from, while Juve legend Alessandro Del Piero also makes an appearance.

Episodes are 40 minutes long, which makes a one-day binge very, very possible. You won’t regret it.

This Russell Crowe-narrated six-part series looks back upon Leeds’ quest to regain their Premier League status in the 2018-19 campaign.

From the boardroom to the changing room, go behind-the-scenes with our new show ‘Take Us Home’, coming to @primevideosport in August! pic.twitter.com/wSIHfFsIyO

READ MORE: Where are they now? Pep Guardiola’s La Masia debutants from 08-09