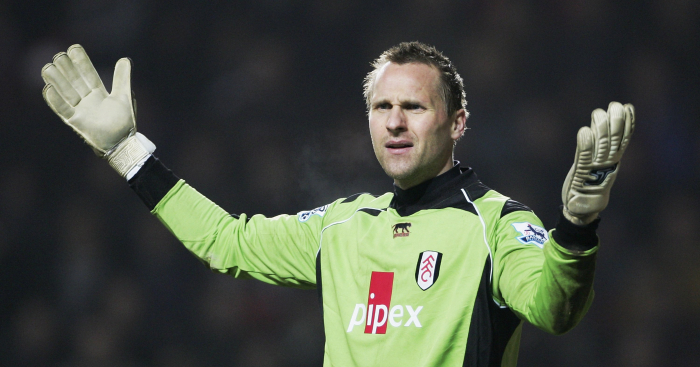 The world of football phone-ins is a bizarre and interesting place, but some callers provide absolutely golden moments.

Between talkSPORT and BBC Radio 5 Live, the likes of Jason Cundy, Robbie Savage and Ian Wright sit and listen to various callers rant and share their views – however ridiculous they may be.

But sometimes, it goes even further, with callers not knowing players’ nationalities, starting war with the pundits or even not being able to do simple maths.

We start with this absolute classic.

🧤 He may be finished with the game now…

…but he's still not Scottish! 🏴󠁧󠁢󠁳󠁣󠁴󠁿🤣🤣pic.twitter.com/eOGHwuUqYC

Liverpool went extremely close to winning the Premier League title in 2018-19, but should they get a trophy for it?

“I’m a Liverpool fan, we should get a trophy even for finishing second!” 🏆

“It doesn’t need to have a name, they should just give it to Liverpool.” 🔴

“Ferguson never got that many points.”#LFC fan tells @AndyGoldstein05 the club should get a trophy for second. pic.twitter.com/3Jmk17gmAv

Let’s just say Savage doesn’t seem to share this Arsenal fan’s belief the Gunners are set for the title.

After England’s heroics at the World Cup in Russia, this Liverpool supporter rang up attempting to create some kind of rivalry between his club and the national side.

As a result, Jason Cundy labelled him “scum” in an exchange that actually lasted around 10 minutes.

Robbie Savage’s reaction says it all.

A good replacement for the Special One? pic.twitter.com/nI2xoTobpf

The more cynical among you might suspect this Leeds fan suggesting Jose Mourinho should replace Marcelo Bielsa at Elland Road may not actually be a Leeds fan.

“Mourinho is wasted on punditry…he should be managing Leeds!”@eljonesuk is NOT impressed with this #LUFC supporter's suggestion that Marcelo Bielsa should be replaced…

Would you like to see the Special One at Elland Road?!#BBC606 pic.twitter.com/DcM1pD9Cil

Being top of the league wasn’t good enough for this extremely emotional Arsenal fan, who was questioning Lukas Podolski’s whereabouts despite his prior transfer to Galatasaray.

To be fair, he was right about Arsenal not staying top.

and finds out he's sacked halfway through the call. 🤣 pic.twitter.com/AQGNlzwNQE

You just have to laugh. It’s harsh, but you have to.

We’ve literally got no idea what she’s doing there, but no-one should take her on.

This caller didn't expect to be taken on by both @RobbieSavage8 and his mum 😂 pic.twitter.com/MN31Gmmpwt

You know when you think you’ve come up with a really good idea?

This came a bit out of nowhere.

You have to hear this talkSPORT caller tear into former Wales and Liverpool striker Dean Saunders live on-air… 😂😳😂 pic.twitter.com/yd6uuZoi5I

This is an epic. We’re not sure what parking tickets have to do with it, but hearing Robbie Savage get this wound up is gold.

The comparison of Avram Grant to “an anthill in winter” is utterly spectacular.

It takes one HECK of a caller to get @kellycates & @ianwright0 rolling around the studio… Step forward Charles! pic.twitter.com/JdhTB39uFJ

How many teams are in the Premier League? Seventeen and a half. Maths definitely wasn’t this fella’s strongest subject.

Another completely ridiculous classic from talkSPORT.

📅 On this day in 1986, Maradona scored with the infamous Hand of God…

🔥 …it’s also been 32 years since this caller’s Dad set fire to his Womble!

📞 Still one of the funniest calls we’ve ever had 😂😂 pic.twitter.com/oDJebXegfn

This guy really lost his cool on the legendary BBC show.

It’s at this stage you realise maybe the listener base of talkSPORT that is struggling as a whole.

Our favourite caller this week 😂😂

Third best in the country

Yet another example of someone winding Robbie Savage up. It makes great radio, to be fair.

Stewards: The next time you see someone waving an inflatable Jesus around, don’t say anything.

Could @SwansOfficial's problems be down to an inflatable Jesus? 👀🤔

Some phone calls are more important than others.

Former solider reveals how Ray Wilkins helped him escape a life on the streets.