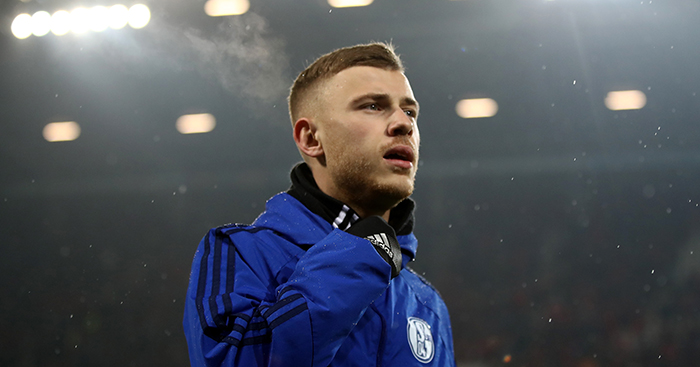 Former Arsenal, Manchester City and Manchester United men are the among the most high-profile players still available to sign on free transfers this summer.

The new season is now just around the corner, yet there are still several players of great repute still searching for a new club to take them on.

Once regarded as one of one of Germany’s brightest young things, Meyer has perhaps failed to hit the heights expected of him but has been a regular for Schalke for five years.

Still only 22, Meyer was converted from attacking midfielder into a deep-lying playmaker by Domenico Tedesco last season and was considered a huge success, but the four-cap Germany international turned down a new deal with the Bundesliga club, opting to look elsewhere for his football.

He has recently been linked with Crystal Palace, but the man once rated as a £38million player is for now still available for nothing.

Another player strongly tipped to end up in the Premier League, Bernard is reported to have offers from 12 different clubs, including Chelsea, Leicester City and West Ham.

Starting at Atletico Mineiro in his homeland, Bernard made a €25million move to Shakhtar Donetsk in 2013 but turned down a new contract on the back of his most profitable season for the Ukraine side in which he contributed six goals and three assists in 18 games.

Heading into his prime at 25, the left winger has been capped 14 times by Brazil though not since 2014.

Brazilian whippet Bernard is set to leave Shakhtar in the summer for free. Some lucky club could somehow get a player doing this sort of ridiculousness FOR FREE. Come to England, tiny man. You know it makes sense. pic.twitter.com/hdF1CwzoGX

Badelj has been a free agent since leaving Fiorentina in June, but it’s fair to say he’s kept himself busy over the summer, helping Croatia to the World Cup final.

The 29-year-old defensive midfielder has been linked with a move to Newcastle United, but the latest reports suggest he is set to remain in Italy with Lazio.

The scorer of arguably the best English Champions League goal ever, Nasri’s career hit the buffers at Manchester City and never really recovered. So much so that the former Arsenal man is currently serving a six-month doping ban.

After a season on loan at Sevilla, Nasri joined Antalyaspor last summer but mutually terminated his contract in January before being suspended following an investigation into his intravenous drip treatment

The 31-year-old is due to return to action in September so will hope to earn himself a new club before the end of the current transfer window. 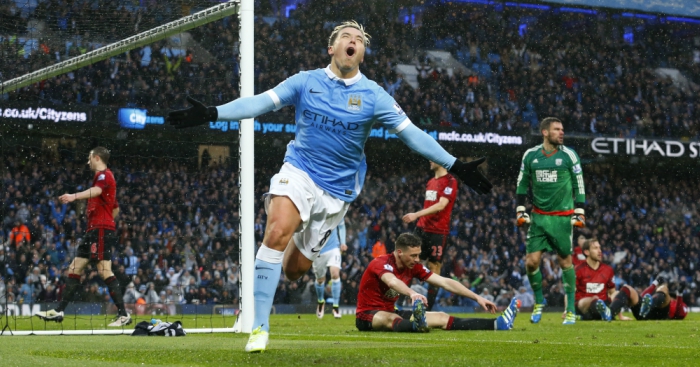 Another former Manchester City man, Balotelli is coming off the back of the best goalscoring season of his career yet remains without a club.

The 27-year-old scored 26 goals in 38 games for Nice last season but decided to move on rather than extend his contract. He appeared to be on the verge of joining Marseille earlier in the summer, but nothing materialised.

Hatem Ben Arfa, the man who danced through many a defence in a Newcastle United shirt, did not play a single game for Paris Saint-Germain last season, but reports suggest West Ham United would like to bring him back to the Premier League.

The winger, now 31, had an, at times, troubled spell in England, prompting him to go AWOL while on loan at Hull City, and after a successful season back in France with Nice, those troubles seem to have returned.

Still, anyone who can do this is bound to attract some interest…

Who remembers Hatem Ben Arfa marching through the spine of Bolton in April 2012 for #NUFC good goal but shocking defending. ⚫️⚪️pic.twitter.com/SLai8bASwv

Yaya Toure, midfield powerhouse and lover of Birthday cake. He may be 35, but there are sure to be Premier League clubs tempted if he wants to stay in England as has been reported.

The Ivorian international left Manchester City with one final Premier League winners’ medal at the end of the season, albeit not on the best of terms, accusing Pep Guardiola of having a problem with African players.

He has been most recently linked with Crystal Palace, having apparently moved to London in order to find himself a club in the capital.

The 33-year-old has, admittedly, not played competive football since October 2016 when he sustained an Achilles injury which has led to nine operations and at one point left him fearing he may need to have his foot injury.

But he’s recovered from that, has been training with his first club, Villarreal, and will surely make a full return to football this season if there’s any justice in the world. 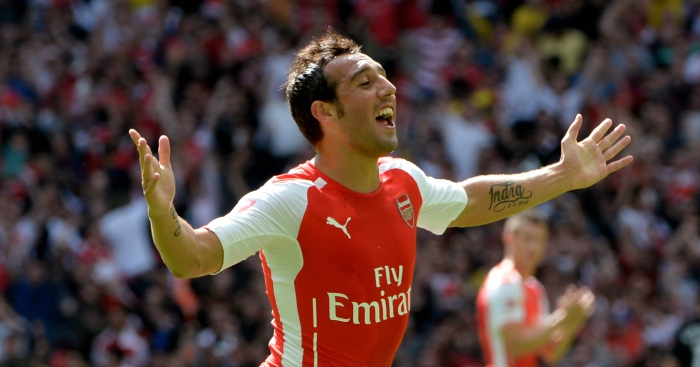 The 32-year-old is available on a free after two years back at Genoa.

Veloso started his career with Sporting CP and won 56 caps for Portugal between 2007 and 2015, regularly being linked with a move to the Premier League.

The midfielder rejoined Genoa in 2016 after a four-year spell in Ukraine with Dynamo Kiev, where he won four major trophies, but is now on the lookout for a new club.

Another to have left Genoa at the end of last season, Rossi has endured a nomadic few years, spending 2015-16 and 2016-17 on loan at Levante and Celta Vigo respectively after missing the entire 2014-15 campaign through injury.

Prior to that he had scored 17 goals in 24 games for Fiorentina after a previously successful spell at Villarreal.

Now 31, he will need to find a club willing to take a chance on him.

The fourth former Manchester City player on this list, to say that Jack Rodwell’s career hasn’t worked out as planned would be an understatement.

The 27-year-old burst onto the scene at Everton as a youngster, but he played only 16 times in the Premier League across two seasons for City before making what turned out to be a disastrous move to Sunderland.

He was finally released following the club’s relegation to League One last season, and has recently been offered a potential route back to the Premier League, training with Watford. 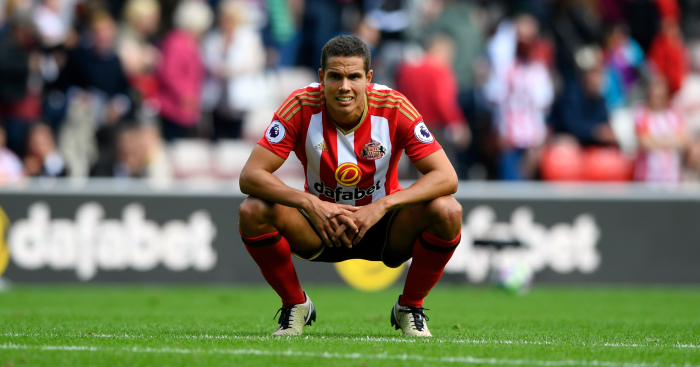 READ: The players signed by Sunderland’s last 10 managers & how they fared

He may be 37, but it’s still something of a surprise that Terry hasn’t pitched up anywhere since deciding to leave Aston Villa at the end of last season.

The Chelsea legend played 32 times for Steve Bruce’s side in the Championship on their way to the play-off final, and has denied reports he had decided to call it a day.

@toniterry26 😍 @thomasroyall 👌🏻🇵🇹☀️ Just to confirm I haven’t retired⚽️I’m currently enjoying my holidays with my family and weighing up ALL my options.

Sako missed the last four months of last season with an ankle injury, but it was still something of a surprise to see him released by Crystal Palace having previously shown some good form under Roy Hodgson.

Injuries were a regular problem for him at Selhurst Park, restricting him to 50 appearances in three years, but when fit the now-30-year-old proved himself an asset in the Premier League.

The forward previously impressed in the Championship with Wolves, being named in the PFA Team of the Year in his final season at Molineux, scoring 15 goals in 43 appearances.

Hernandez missed much of last season with an Achilles injury but still managed to finish it with eight goals in 10 games for Hull City.

With only eight goals in 49 Premier League appearances but 28 in 49 in the Championship, he has unsurprisingly been linked with several second-tier clubs – as well as several others around the world.

He is reportedly close to joining Leeds United, but it’s far from the first time that has been said this summer.

Honda enjoyed a succesful season with Mexican club Pachuca after leaving Milan in 2017, scoring 10 goals in 29 Liga MX appearances, but it was announced prior to the World Cup that he would leave at the end of his contract.

Honda has been linked with a move to Australia, with Melbourne Victory reportedly interested, but his business interests with Will Smith might get in the way…