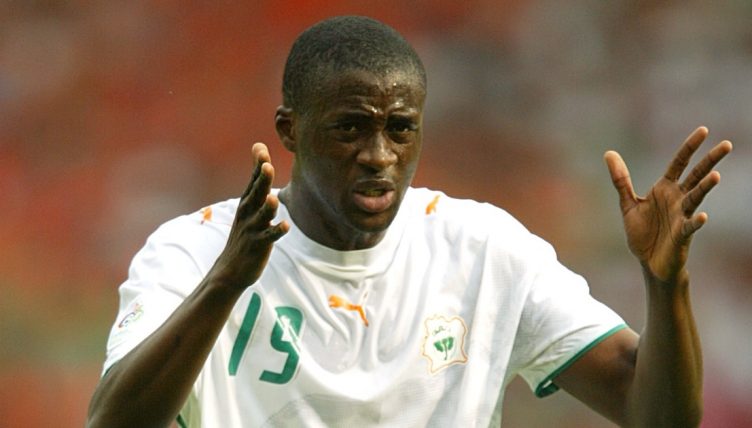 Arsenal have long had an eye for top talents from unlikely sources, and this has often meant bringing players in on trial before committing to signing them permanently.

You’ll probably know about a couple of higher-profile cases, not least Zlatan Ibrahimovic’s reported rejection, but some of those who were invited for a trial actually earned a contract off the back of it.

Here’s a selection of those who were given a chance to strut their stuff in front of the Gunners’ top brass – some who succeeded and some who weren’t so fortunate.

Let’s start with the one you’re likely to know the most about. Toure was given a chance to impress in a pre-season meeting with Barnet, but simply didn’t do enough.

The Ivorian played in an advanced role for part of the game, but failed to make an impact – he certainly did nothing to suggest he’d become one of the best Premier League midfielders of all time.

There was no sign of his future greatness when Metallurg Donetsk moved for him that summer, but no one who watched him at Manchester City would have been able to recognise the youngster who struggled against the Bees. 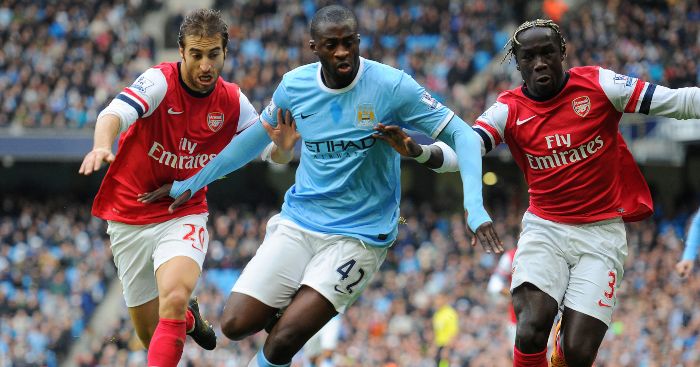 Yaya wasn’t the first of the Toure brothers to rock up at Highbury, and Kolo certainly made more of an impact – in every sense of the word.

“I remember the ball was rolled into Thierry Henry, and Kolo Toure, from nowhere, smashed into him from behind,” Ray Parlour later revealed.

“It was a terrible tackle, could have been a red card in a normal game, and our best player was on the floor rolling around.”

The defender would also take out Dennis Bergkamp and, confusingly, Arsene Wenger in the same session. Apparently that’s the right thing to do, though, as he went on to play more than 300 games in an Arsenal shirt.

On Kolo Toure’s birthday, a reminder of his first day on trial at Arsenal, as witnessed by Ray Parlour.

Back in the summer of 2003, Arsenal had bigger problems than any which might be solved by Yaya Toure’s presence in pre-season.

David Seaman had left for Manchester City, and no replacement had been found for the veteran. Stuart Taylor was still on the books, but Wenger clearly wanted someone more experienced and therefore Guardalben – Gigi Buffon’s former backup at Parma – was invited over for a friendly against Peterborough United.

The Italian, who had just been relegated from Serie A with Piacenza, played the first half and then returned late on when Taylor left the field injured. How well did he do? Well, Arsenal signed Jens Lehmann two weeks later.

When Praet was linked with Arsenal at the start of the 2019 summer transfer window, the name may have rung a bell for a few fans.

The Belgian midfielder was given a chance to impress in north London as a 16-year-old, but would later claim he chose to stay at Anderlecht for academic reasons.

Staying in school doesn’t seem to have hindered his football career all that much – the 27-year-old made his international debut under Marc Wilmots in 2014 and made more than 100 appearances for Sampdoria before joining Leicester in 2019.

Another player to carve out a career in Serie A after a fruitless Arsenal trial, FM2012 wonderkid Niang went on trial with Arsenal in the summer of 2012 while still on the books of Caen.

The French Under-21 international even met with Wenger but moved to AC Milan instead.

Niang returned to north London with Rennes in the Europa League and also had a short Premier League stint when Watford signed him on loan from Milan during Walter Mazzarri’s time in charge of the Hornets.

He moved to Bordeaux last summer and went on to spend half a season alongside former Gunners captain Laurent Koscielny – who is now a free agent after revealing he definitely didn’t drink too much wine on his return to France.

Oh what could have been. Rakitic was named in an Arsenal XI for a game against Ajax sometime around 2004, with former academy player Les Thompson sharing a teamsheet on Twitter which included the Croatian – as well as future Premier League players Nicklas Bendtner and Fabrice Muamba.

The midfielder was there so long ago that he had yet to declare for Croatia – he was a Swiss youth international, on the books of FC Basel, where he would remain after failing to earn an Arsenal contract.

A few years later, he’d make the switch to Schalke and continue to go from strength to strength, culminating in moves to Sevilla and then Barcelona, for whom he scored in the 2015 Champions League final victory over Juventus.

Shea was one of the hottest prospects in MLS as a youngster, making his professional debut shortly after turning 18, and scoring a career-high 11 goals for FC Dallas as a 21-year-old in 2011.

That hot streak saw the versatile youngster invited to train with Arsenal, but he failed to earn a deal and instead stayed stateside.

Shea’s struggles with Stoke City two years later suggest Wenger was right to turn him down, and the US international is currently at Inter Miami, his fifth different MLS club.

Fathy’s first stint in England, as a 23-year-old with Neil Warnock’s Sheffield United, brought Premier League relegation and little in the way of game-time, so he was hardly the obvious candidate to earn an Arsenal trial seven years later.

Indeed, the Egyptian had spent most of the intervening period back at home with Al-Ahly, though he had briefly come back to the UK to help Hull City earn promotion to the top flight.

The 2014 trial at Arsenal proved fruitless, and Fathy moved to Umm Salal in Qatar. He since returned to Al-Ahly for a second spell and is still going at the age of 37, turning out for Egyptian side Pyramids.

One of the few pre-Wenger trialists, Gullit was invited to Arsenal in the early 80s, while still on the books of Haarlem.

Arsenal were reportedly unwilling to fork out a six-figure sum for the Dutchman and were left licking their wounds when he went on to thrive at Feyenoord, PSV and Milan.

A decade later, the Gunners were determined not to make the same mistake when another highly-rated Dutch youngster became available. Sadly for them, Glenn Helder was no Ruud Gullit.

One of the lesser-known former Arsenal trialists, along with the likes of Sebastián Pérez and Marcelo Allende, Al-Mukhaini is an Omani international defender who went on trial with the Gunners in January 2012.

The left-back arrived following a recommendation from former Lyon and Rangers boss Paul Le Guen, who was in charge of the Oman national team at the time, but Arsenal decided they could cope with Andre Santos in that position for the remainder of the season.

Wishing the best of luck to my Omani bro Saad Suhail who went to London today and will be in Arsenal for a week trial. RT if u support him !

Considering the calibre of the unsuccessful auditionees above, you wouldn’t expect a 21-year-old from the Northern Premier League to make the cut.

However, Bramall surprised everyone by impressing enough to win himself a permanent deal, joining for a reported £40,000 from Hednesford Town.

The full-back spent part of the 2017-18 season on loan at Birmingham City, playing a handful of Championship games, but left Arsenal in 2019 after failing to progress to the first team in N7.

Algeria international Bensebaini played both legs of Rennes’ Europa League defeat against Arsenal in 2019 but could easily have found himself in the other team.

The defender had a trial in north London in 2015, while still on the books of Paradou in his homeland, but hinted at work permit issues standing in the way – back then, he had yet to make his senior international debut.

“I was training with the first team and I was playing matches with the reserves. I had spoken several times with Arsene Wenger,” Bensebaini told Ouest France ahead of the 2019 Europa League tie.

“I was going to sign, but there were problems in relations to my papers, my nationality. In the end, it didn’t happen.”

Bensebaini is now shining at Gladbach and is reportedly on Manchester United’s radar. 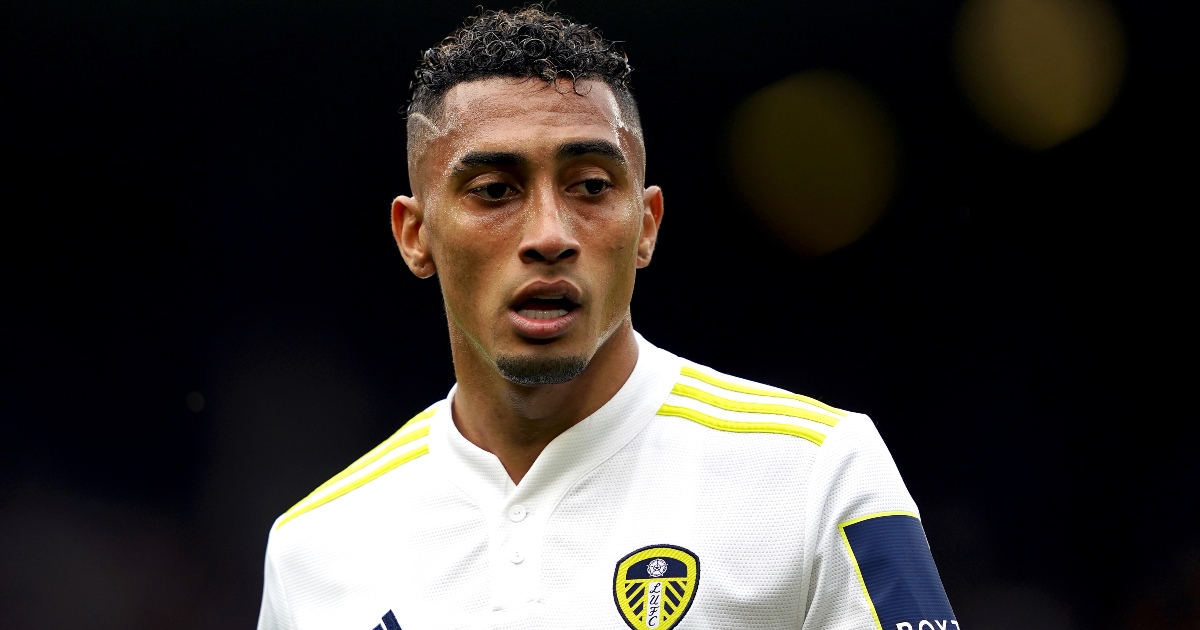 READ: A brilliant XI of players sold by Rennes since 2010

Another North African player with experience in France, El Jadeyaoui was at Angers when Arsenal took a look at the Moroccan winger.

He came over to London for a couple of days in 2013, the year in which he made his international debut, but nothing materialised.

The French-born was last seen playing for German lower-league side SV Linx, following stints in Azerbaijan and Thailand. Probably not one who Arsenal will be losing too much sleep over.

If a player is named Caniggia Ginola Elva, you’re going to want to at least take a look to see if he’s even half the player his two namesakes were.

The Canadian youngster was considered better technically than Owen Hargreaves, who has remained a benchmark for talent in Canada, with his Calgary South West United coach (and former Peru international) Ramon Mifflin saying: “Some players have speed, some players have skill. He has the mixture of both which makes for a very gifted player.”

Elva ended up at Stuttgart, one of the other teams he went on trial with in 2014, but only played with the German club’s second team. He’s still in Germany, playing for second-tier Ingolstadt.

Picture of Arsenal’s Canadian trialist Caniggia Ginola Elva when he was younger and on trial now. #afc pic.twitter.com/hX5gGARWBS

“Apparently, this is how Arsenal and Arsene Wenger work – he likes to meet players he is interested in in training,” Kilmarnock chairman Michael Johnston said in 2006 when a 19-year-old Naismith headed south for the French coach to take a look at him.

The teenager had scored 13 goals in the Scottish top flight during the previous season, generating interest from across Europe, but Arsenal would decide against signing the Scot, bringing in Júlio Baptista a few days later as a more immediate attacking option.

Naismith joined Rangers after another hot season at Killie but eventually fulfilled his Premier League dream when Everton came calling in 2012.