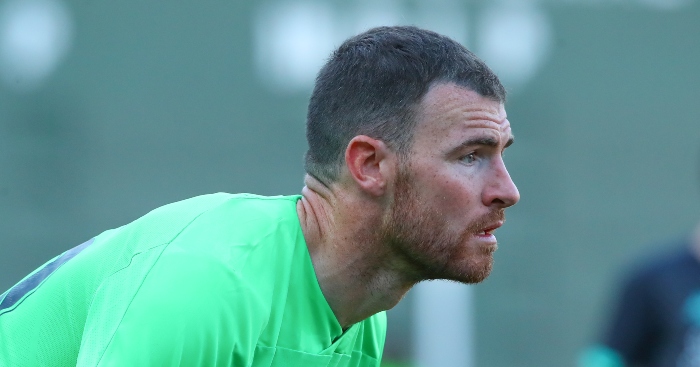 Liverpool may be champions of Europe – but they’re not too good to take a punt on a trialist.

Jürgen Klopp and his predecessors have been able to identify a few sure things in the transfer market, but sometimes it makes sense to take a closer look at a player before deciding whether to sign them up full-time.

We’ve taken a look at some of the players Liverpool have taken a punt on.

Lonergan has been the stopper of choice for many a Championship side over the last 15 or so years, with Preston and Leeds among his former employers, but has been without a club after a year spent as backup to Darren Randolph at Middlesbrough.

The goalkeeper’s inclusion on Liverpool’s US tour as a trialist wasn’t especially out of the ordinary, but few will have expected him to start against Sevilla.

He’s not contending for a regular starting spot, of course – Alisson is yet to return from Copa America duty, hence Lonergan’s inclusion – but he’ll hope to have done enough to follow Alex Manninger onto the ‘unlikely Liverpool goalkeeper signings’ list.

Spanish winger Sanchez trained with Liverpool’s Under-23s in May 2018, featuring in their end-of-season friendly against Panjab FA at the Kirkby Academy, bagging himself a goal.

The 20-year-old was on the books at Real Mallorca at the time, albeit with his contract set to expire having featured in one competitive appearance for the Spanish second division outfit.

But Sanchez failed to earn himself a contract and instead joined Espanyol B in Spain’s third tier.

Sinclair trained with Liverpool at the same time as Sanchez and saved a penalty in the friendly victory over Panjab FA.

The teenage goalkeeper was recommended to Liverpool by St Johnstone boss Tommy Wright: “We have high hopes for Ross. He has work ahead of him but will develop into a top-class goalie.

“Without doubt he’s the best keeper of his age in this country. Ross is a good size, technically very good and is comfortable with the ball at his feet.

“You could class him as having a man’s body but maybe a boy’s strength. He has only just turned 17 and will develop physically.”

Sinclair has since returned to St Johnstone but may be a name to keep an eye on in the future.

Another goalkeeper to spend time with Liverpool’s Under-23s, the Barnet stopper appeared for the side in a 1-1 with ETO Gyor in July 2018.

McKenzie-Lyle had already made his senior Barnet debut as a 17-year-old and, despite conceding a penalty while on trial with the Reds, did enough to earn a contract at Anfield.

Now 21, he was formerly on the books at Tottenham as a youngster, while he has already enjoyed a fascinating international career for Guyana.

He was selected for the side after they had been alerted to his eligibility by Jack Thorpe, a researcher from Football Manager, and scored a 120th-minute header on his debut in a 3-2 defeat to Suriname before saving a penalty on his second cap against Jamaica.

Formerly of Chelsea, Liverpool signed Christie-Davies in May 2018 after assessing the 20-year-old midfielder on trial.

With the Blues, Christie-Davies had won back-to-back FA Youth Cups and also the UEFA Youth League.

While the England and Wales youth international has yet to make his senior club debut, he was named on the bench for Liverpool’s FA Cup tie with Wolves last term.

In 2011, Chinese youngsters Long, 16, and Mao, 14, were invited for week-long trials at Liverpool after being spotted by then-academy director of recruitment Stuart Webber.

“It all came to fruition when Damien (Comolli) introduced me to a Chinese agent,” Webber told Liverpool’s official website. “He had some ideas that involved us going out to China to have a look at a few of their players.

“As a result, a few weeks ago, I went out there and watched them in action. I saw the two who are here now and decided to ask them to come over to the UK so we could have a look at them in our own environment to see what they are like playing with our players and in our conditions.

“Asia is a massive market for us to explore and if we ever get it right, it could be huge for us. You only have to look at what it has done at Manchester United with Ji-Sung Park.”

While neither remained at Liverpool, Long is now a defender for Chinese Super League outfit Henan Jianye, but Mao is currently without a club having been released by Shanghai Shenhua in January.

Making the step up from Coventry to Liverpool on trial is not quite as weird as Conor Thomas’ loan move from the midlands to Merseyside, but Harries was handed a unique opportunity when handed the chance to impress Jurgen Klopp in January 2007.

The Wales youth international appeared for Liverpool’s Under-23s having already made 14 first-team appearances for Coventry.

While the defender fail to win a move to Anfield, he instead joined Swansea that summer, where he remains on the books.

A name that may ring a bell with any dedicated Football Manager players, Poole spent a week on trial with Liverpool in 2015 amid interest from Manchester United after becoming the youngest player in Newport County’s history when he made his first-team debut at the age of 16.

Indeed, the centre-back ultimately joined United but made just one senior appearance and moved to MK Dons this summer after his contract at Old Trafford expired.

If you’re scratching your head in an attempt to remember Josh Elliott’s football career, there’s a reason for that, notably that he has switched sports, competing in 2019 British Superbike Championship.

The Northern Irish youngster had two separate trials with Liverpool in his teens, according to a BBC interview, but would not have been able to relocate to join the academy had he been successful.

“In the end I chose motorcycling because when you are out there on the bike you have independence and freedom to excel yourself rather than relying on a team and other players,” he said.

Bolaños is probably best-known to English fans from his performances for Costa Rica at the 2014 World Cup, but the tricky winger could well have ended up at Liverpool nearly a decade earlier.

He first impressed against Liverpool for Deportivo Saprissa at the 2005 Club World Cup and spent 10 days in England around Christmas in the hope of earning a move.

Unfortunately, the Reds felt Bolaños was “not exactly the type of player we were looking for at the moment”, and he returned home before eventually making the move to Europe in 2007 with Danish side Odense.

When Brad Jones left for Bradford City in 2015, Liverpool needed a new goalkeeper for their squad and took Lavercombe on trial. The teenager had been on the books of Torquay United, making his debut the previous season, and the Reds clearly saw something in him.

“Liverpool are not the sort of club to try and pull something on us – I know that,” Torquay boss Chris Hargreaves said, having handed the youngster a senior deal while he was away at Anfield.

A transfer never materialised, though, and Liverpool ended up signing Adam Bogdan instead. Lavercombe later moved to Wigan in 2016 but didn’t play a senior game for the Latics in his three years there and is now without a club.

Winterbottom, a goalkeeper who began his career with Blackburn after coming through the Championship club’s academy, was handed a short trial by Liverpool in 2019.

He clearly did enough to impress, as the short spell led to a permanent deal, and he has already linked up with the Under-18 and Under-23 squads. Recently he played in an XI also including Herbie Kane and Pedro Chirivella as Liverpool took on Spartans in a friendly.

“He’s a good boy and has settled in really well,” said Liverpool’s Under-18 manager Barry Lewtas. “He’s a positive character around the dressing room. He has trained well and will prove to be a good addition to the squad.”

Icelandic goalkeeper Danielsson linked up with the Reds when he was just 16, arriving on trial from Fram Reykjavik, where big things had been expected of him.

The teenager failed to earn a permanent deal, but returned to England last winter when he signed a loan deal with Bournemouth and turned out for the Cherries’ Under-21 squad.

He returned to Fram over the summer after his move to the south coast didn’t result in a permanent deal.

Finnish striker Pohjanpalo joined Liverpool for a three-day trial in 2012 after banging in the goals in his home country, and was offered a deal after impressing but reportedly turned it down due to concerns at the amount of game-time he’d get for the Reds’ second string.

Later that year, he spoke of still wanting to play for the club one day. but ultimately wound up at Bayer Leverkusen when the time came to leave Finland.

His career has been curtailed by injury since moving to the Bundesliga. He missed the entire 2018-19 campaign with an ankle problem, having already suffered a broken metatarsal during his time with Leverkusen.