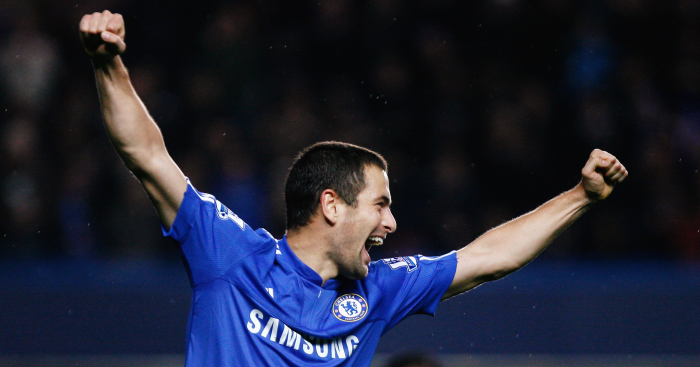 It can be easy to forget about players once they stop playing in the major European leagues – and there are former Arsenal, Liverpool and Manchester United stars you might not realise are still going.

With India and China joining America in attracting players in their later years, European footballers can play on for longer than they might have done previously, ending their career on a decent wage in a far-flung nation.

Here are a selection of those players still going in 2018-19 that you may well have forgotten all about.

The 37-year-old Cameroonian made 20 Premier League appearances in two years at United before going on to play for clubs as varied as Aston Villa and Persebaya Surabaya.

He had moved to Australia having left Empoli – where in three spells he scored 101 goals – but quit the A League this summer after just one year at Brisbane Roar, bemoaning that the stadiums were “always empty”.

12 years ago Massimo Maccarone scored an 89th minute winner against Steaua Bucharest to send Boro through to the UEFA Cup Final. pic.twitter.com/4mSIJLimEC

Former Manchester United stopper Carroll has enjoyed his later career, lining up for Olympiacos, OFI Crete and Odense among others.

He spent a couple of years at Notts County before moving home to join Linfield in 2016, signing a one year contract extension this year, which will see him pass the age of 41.

Taylor was playing in the Premier League for Burnley as recently as 2015, but he’s had no problem dropping down the leagues since then.

After a season in the Championship with the Clarets, he spent 2016-17 in League One with Northampton before joining League Two Swindon Town early in 2017-18.

In June, he signed a new one-year contract to remain at the County Ground as player-coach at the ripe old age of 36.

Hleb accepts he made a mistake in leaving Arsenal for Barcelona in 2008, but he certainly hasn’t been afraid to swap clubs again since, making nine moves in six years.

In March 2018, he incredibly joined BATE Borisov for a fifth time, though he did say it would be his last season as a professional. 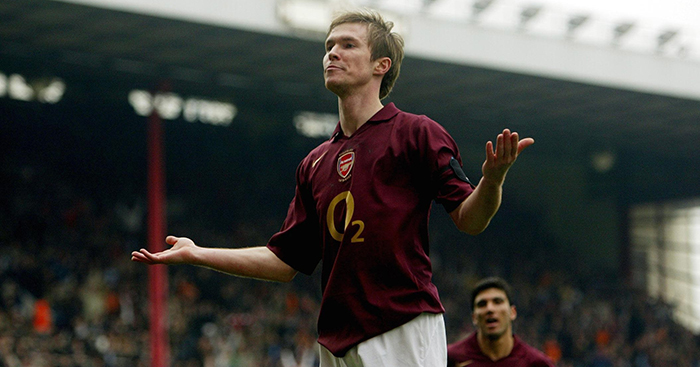 It remains one of the great mysteries of football: just why did Sir Alex Ferguson sanction the transfer of Portuguese homeless football international Bebe, who signed for Manchester United for £7million in 2010.

Four years later he eventually left, and he is currently at Spanish club Eibar, spending the latter half of last season on loan at Rayo Vallecano.

Martins was something of a cult hero during an entertaining three-year spell at Newcastle United, before playing six games on loan for Birmingham in 2011 – scoring the winning goal in the League Cup final against Arsenal.

He is currently in China, lining up for Shanghai Shenhua, but in April he tore his hamstring, ruling him out of action for at least six months and ending his hopes of making Nigeria’s World Cup squad.

Three-time Premier League winner Cole has never quite been the same since leaving Chelsea, failing to make much of an impact at Liverpool, West Ham or Aston Villa, though he enjoyed a decent year on loan at Lille.

He went on to play for Coventry City in League One before joining United Soccer League side Tamba Bay Rowdies in 2016, aged 34.

A man that has clearly always loved football, there was never much chance of him taking it easy in the States, and in the summer stepped up to become player-assistant coach to their new manager, former Wolves defender Neill Collins.

“I have a lot of experience to pass on to the players and I want to play a role in elevating this club to new heights,” he said. “My primary role is still to play on the field, but I’m very excited to step into coaching as well.”

SO JOE COLE (yes, THE) JUST DID THIS FOR TAMPA BAY 👀 pic.twitter.com/mVgFvgaFxa

You could be forgiven for forgetting about Clichy since he was brutally cast aside by Pep Guardiola in 2017, but the 33-year-old is still going in Turkey for Istanbul Basaksehir.

“Your career is behind you now,” Clichy recalls Guardiola telling him when he arrived at the club.

“You have to be realistic – I am not the Gaël Clichy of 10 years ago,” he admitted. “If I was, I wouldn’t be here, that is just a normal process, but I do believe I still have something to give the club and the team.”

The likes of Alessandro Del Piero, David Trezeguet and Nicolas Anelka have all featured in the Indian Super League, but the competition’s most prolific goalscorer comes in the former of former Tranmere and Barnsley striker Hume.

First moving to India after leaving Preston in 2014, the former Canada international has appeared for Kerala Blaster and Atletico De Kolkata, punctuated by a brief spell in Spain with Ponferradina and Extremadura.

Now 34, Hume will spend next season with his third Indian club, having joined Pune City.

After two years in his native Brazil, Robinho left Atletico Mineiro to return to Europe in 2018, joining Turkish club Sivasspor.

He scored 14 goals in 31 Premier League appearances in his only almost full season at Manchester City, becoming a dramatic first big-money signing under Sheikh Mansour on deadline day in 2008.

Having spent 13 years in Newcastle’s first team, Taylor has appeared for four clubs in the two years since leaving St James’ Park.

The defenders debut for Portland Timbers second team did not go well, as he scored an own goal and was substituted at half-time with his side 3-0 down. With Taylor off the field the Timbers went on to win 4-3.

After 12 appearances in Portland’s first team, Taylor returned to England for spells with Ipswich and Peterborough but moved to the A-League in the summer to join Wellington Phoenix.

After six years and 104 goals at LA Galaxy, Keane joined Indian Super League club ATK in 2017 and actually ending the season as their player-manager.

Keane scored eight goals in 11 games before the club appointed Steve Coppell as their new head coach in the summer. Now 38, he isn’t ready to call it a day just yet. 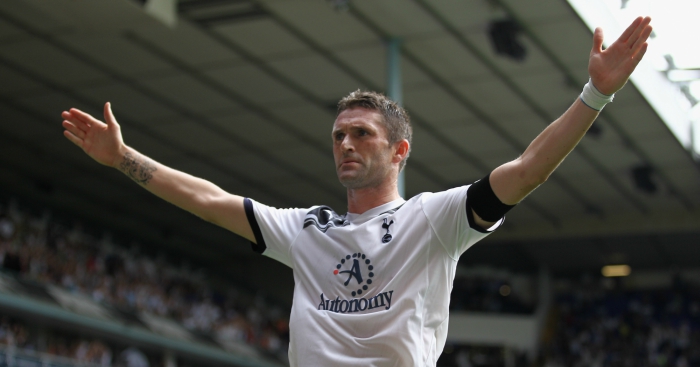 Incredibly only 31, Djourou is still playing at the highest level having joined Serie A club SPAL this summer after a year with Turkish club Antalyaspor.

The defender made 140 appearances for Arsenal during a nine-year spell in the first team, and he currently has 75 caps for Switzerland.

Formerly a team-mate of Djourou’s both at Arsenal and with the national team, centre-back Senderos currently finds himself in America with MLS side Houston Dynamo.

“I realised a dream when I came to Arsenal,” he recalled, training with the squad as an 18-year-old during the Invincibles season. “I am forever grateful to Arsène Wenger and to Arsenal. Regardless of things that can be said, I have amazing memories.”

It was United who initially brought Howard to England, the American goalkeeper arriving from MetroStars for $4million to replace Fabien Barthez.

However, he made his name at Everton in a 10-year spell, making 414 appearances at Goodison Park and famously scoring one goal – a 101-yard clearance against Bolton Wanderers. Aged 39, he now lines up for Colorado Rapids.

Dempsey is currently the fourth highest international goalscorer still active in football, which isn’t bad considering two of the three he sits behind are Cristiano Ronaldo and Lionel Messi.

Dempsey has 57 goals for the US national team to his name, and the former Fulham forward is currently in his sixth season with Seattle Sounders – despite an irregular heartbeat threatening to end his career in 2016.