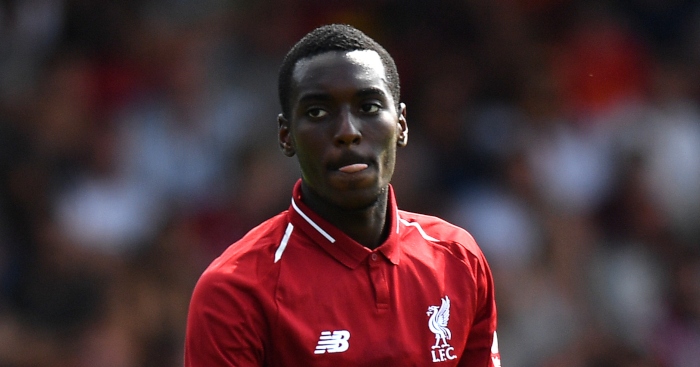 Now that the Premier League season is over, fans of most of the clubs in the division will be turning their attention to the upcoming transfer window.

Some clubs have started getting their business done early, but others may want to hold back and see whether they might already have the solution to any current problem position.

We’ve taken a look at some of the stars of Premier League 2 to get an idea of which youngsters might have a shot at breaking into the first team at their respective clubs in the 2019-20 season.

Everton were the team to beat in Premier League 2, finishing four points clear at the top of Division 1, and the performances of Josh Bowler played a big part in that.

Having joined from QPR after making his debut for the London club back in 2017, the winger impressed in his 16 appearances and scored the winner against Brighton to clinch the title in April.

A first-team bow might not be that far away, though there’s plenty of talent in the attacking third with the likes of Bernard, Theo Walcott and Ademola Lookman all already competing for spots in support of Richarlison.

Liverpool fans will already be familiar with Camacho, who made his debut against Wolves in the FA Cup in January and followed that 90-minute run-out with a Premier League debut in the 4-3 victory over Crystal Palace.

The Portuguese teenager has been seen as an option at right-back, especially if current incumbent Trent Alexander-Arnold eventually moves into a more advanced role, though Camacho has been used as a winger in Premier League 2.

From his wide position, he has scored eight goals in 14 games this season and added a further five assists, while his four goals in the UEFA Youth League helped the Reds top their group.

There are a fair few United players we could have chosen here, but the chatter around the likes of Tahith Chong and Mason Greenwood has almost been too loud, so Garner it is.

The midfielder, described by the club as a leader, will eventually face a decision over whether to play at centre-back or in the centre of midfield, though his Premier League debut coming as a substitute for Fred suggests the latter might represent his immediate future.

Most notably though, great vision and ability in playing inch perfect passes into the wings or over the top of a defence for his attackers to latch onto.

Could be an interesting few years for the 18-year-old at #MUFC pic.twitter.com/ofiM7a1UdH

Yes, yes, Chelsea youngsters have recently tended to have a brighter future away from the club, but things could soon change – especially if the club’s transfer ban is upheld.

Despite being just 17, Gilmour is one of the brighter prospects in the Under-23 squad and has featured regularly in PL2. He contributed five goals and four assists this season as the Blues secured a top-half finish.

Chelsea clearly thought highly of Gilmour when they moved to snap him up from Rangers. Could he be the next prospect to follow Callum Hudson-Odoi into the first team during his teens?

There can’t be too many players who make their international debut before getting a look-in in the Premier League, much less score for their country before getting a single league minute, but Viktor Gyökeres fits the bill.

Having come through the Brommapojkarna set-up which also produced Sweden internationals John Guidetti, Ludwig Agustinsson and Albin Ekdal, the Swedish forward has at least played for the Seagulls’ first team, making his debut in the League Cup in August and adding four FA Cup appearances.

Gyökeres featured 19 times in Premier League 2, scoring seven times, and opened his international account in a friendly against Iceland in January.

Norwich City’s promotion was built on the back of young talent, with full-backs Max Aarons and Jamal Lewis two of the stand-out performers in their run to the Championship title.

There were fewer opportunities in attack, with top scorer Teemu Pukki a near ever-present, but that allowed Irish striker Idah to get a good run of games for the Under-23s.

The 18-year-old scored 12 times in 18 games, including a hat-trick against West Brom, ending the campaign as the top scorer in Division 2 despite the Canaries struggling towards the bottom of the table.

There are plenty of Arsenal youngsters who fans believe have a first-team future, and John-Jules’ name is one which comes up a lot.

The 18-year-old was on the bench for Europa League games against Vorskla and Qarabag, watching on as fellow academy products Emile Smith Rowe and Joe Willock found the net.

He got much more action for the Under-23s, though, playing 17 games and scoring six goals as the Gunners took second spot behind Everton.

Paris Saint-Germain and Monaco are keen to acquire Tyreece John-Jules, who they view as the sort of all-round centre-forward who can thrive in France. [@jamesbenge] 🥉

Arsenal need to tie him down quickly, bright young talent who needs to know he has a pathway. pic.twitter.com/EQjd8Hc5Be

Southampton have plenty of form for bringing through youth prospects, with Calum Chambers, Alex Oxlade-Chamberlain and Luke Shaw among the ex-Saints to feature elsewhere in the Premier League last season.

Tyreke Johnson is another to make his Premier League debut in 2018-19, with the winger coming off the bench in December’s surprise victory over Arsenal, and he ended the season on a high with a goal in the Under-23s’ play-off final victory.

When Spurs were in the midst of an injury crisis in attack earlier in the season, there was talk of Parrott earning a surprise first-team call-up. For the Irishman to have even been part of the conversation suggests he’s got something about him.

Fourteen goals in just nine games for the Under-18s saw him fast-tracked to Premier League 2, while his goals in the UEFA Youth League helped Spurs progress to the knockout stages.

When it comes to first-team action, his time surely isn’t too far away – especially if Spurs repeat their trick of not bothering to sign any new players in the summer transfer window.

After a fallow few years, Newcastle found themselves in the strange position of having two strikers capable of scoring in the same season. Unfortunately, Salomon Rondón and Ayoze Pérez’s gain has been Sørensen’s loss.

The Dane has top-scored in Premier League 2’s second division with 12 goals at a rate of one every 97 minutes, helping Newcastle into the play-offs, and his return of four goals in five EFL Trophy games was topped by just three players.

He made his Football League debut during a loan spell at Blackpool, but a strong pre-season may leave Newcastle keen to fast-track him into the first team.

Manchester City’s domestic dominance was good news for Poveda, who was handed a first-team debut by Pep Guardiola in the second leg of the League Cup semi-final against Burton Albion.

City have tied down the attacking midfielder on a contract until 2021, and he will look to follow Phil Foden’s path into the first team at the Etihad.

Poveda, who has chosen England over Colombia at youth international level, played in 17 of City’s 22 Premier League 2 games in the 2018-19 season.

Chelsea might have fallen short in the UEFA Youth League final, but Daishawn Redan’s strike in the defeat to Porto was his fifth in the competition.

The Dutch youngster also scored five in Premier League 2, where he was a near ever-present, and joined Gilmour in training with the first team in May.

Redan has suggested he may need to leave Stamford Bridge if he doesn’t get first-team opportunities sooner rather than later, so the transfer situation could end up being a blessing in disguise.

When Saka made his Premier League debut against Fulham on New Year’s Day, he became the first player born in 2001 to feature in the competition.

The winger has also played in the Europa League and FA Cup this season, against Qarabag and Blackpool respectively, but it’s for the Under-23s where he has done his best work.

Saka, who has played for England at Under-19 level, has produced eight assists this season to help Arsenal score more goals than any other club in Premier League 2, bagging five of his own.

If it wasn’t for injury, we might not be talking about Silva as a player who could break through but rather as one who already has.

The Portugal Under-20 international, who joined West Ham from Vitória last summer, made his Premier League debut against Burnley in December and made his first start for the London club in an FA Cup victory over Birmingham City the following month.

Silva really stood out in Premier League 2, not least with a hat-trick against Spurs in his very first appearance. He ended the season with seven goals in eight games and will look to build on that impressive return next season while adding more first-team games into the mix.

Manchester City’s academy has produced a fair few talents, even if not all of them end up in the first-team at the Etihad, and they may want to blood Touaizi sooner rather than later to avoid a repeat of the Brahim Diaz and Jadon Sancho situations.

Like Brahim, Touaizi is eligible for both Spain and Morocco at international level, and the 18-year-old has been among the goals for City’s underage teams.

The former Valencia youngster averaged a goal every 140 minutes in Premier League 2, helped in no small part by back-to-back hat-tricks against Arsenal and West Ham. Does a full debut beckon?