15 of the best quotes on Wayne Rooney: ‘The best English talent I’ve seen’ 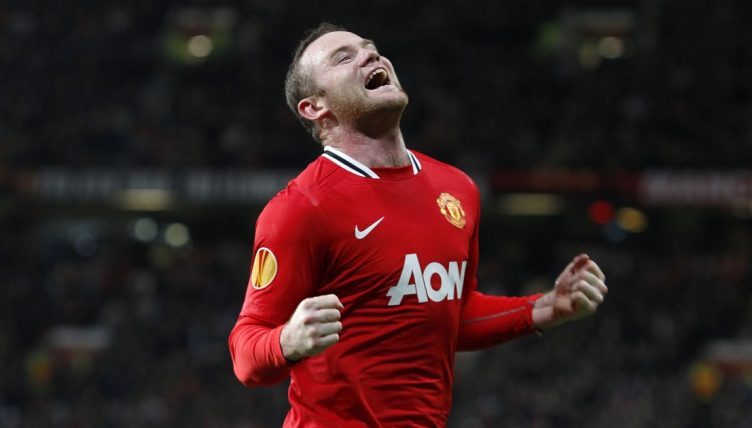 As Manchester United’s and England’s record goalscorer, Wayne Rooney is deservedly remembered as a footballing legend.

After bursting onto the scene at Everton as a young teenager, Rooney quickly became a household name and demonstrated his outrageous talent on an almost weekly basis.

We’ve collected 15 of the best quotes about Rooney throughout his career.

“He was the kid of England, everyone loved him. He was so powerful I was calling him ‘Pitbull.’ The power of Wayne Rooney is his mentality and strength and he never stops. He’s a fantastic team player and he scores. He’s a fantastic boy and he helped me a lot when he came to join us in Manchester.”

“There has always been a great deal of respect between myself and Wayne Rooney. For me he is the great English player of the generation. What he is capable of doing on the field is very special, and he is one of the few players that would improve any squad in Europe.”

“To play well for six months or a season in football is nothing. To do so for over a decade like Rooney is extraordinary. I know what it takes, and it isn’t easy. Trust me, people talk about him outside of this country. In Spain and France, he is appreciated as a top, top player.”

“I have never seen a player as powerful as Rooney – the way he goes past people, the intensity of his play, the runs he makes from the first minute to the last and the shot that he has. World class.”

“Rooney is the biggest English talent I’ve seen since I arrived in England.”

On this day in 2002, a 16-year-old Wayne Rooney scored his first Premier League goal ☄️

“I laid eyes on him when he was 16 or 17 years old, and I remember after an England game as well, I said to his mum and dad in the players’ lounge ‘make sure he signs for Manchester United”.

“They looked at me and laughed and thought ‘we have already done that’. What a player. He did it all, he scored a ridiculous amount of goals, scored absolute bangers from anywhere on the pitch, great passer, aggressive, passion, desire, work rate.”

“His aggression is one of his big strengths. He has no fear at all. Wayne knows he has the ability, but he has this knack of being able to go out there and not be scared of anyone no matter who he is up against.”

“There was a day when we had him in training. He was only a young boy and we had to set up a small-sided game and Wayne chipped a goalkeeper from near the byeline.

“It was a moment when we all looked at each other and said, ‘Did he really do that? Did that happen?’.We knew it before, but when we saw that happen we all thought ‘there is a real special talent here.”

“For me he was the best centre-forward I ever saw at Manchester United and ever played with.

“In and out of possession, in the dressing room, the energy every single morning. He was an absolute livewire, street fighter, tough, score goals, assist goals, the best defender, never give in.

“Everything you would want in a footballer he was there, and to me, the best striker I played with because he did everything.”

“He’s probably the most technically gifted English player I’ve seen. The ‘silent assassin.’ He was just the main man, a star.

“No one could get near him. He was just a super talent.”

Every time we played against United I had to make sure I was aware every time he had the ball, because he was very unpredictable and very clever. He is a guy who can chase, who can fight, who can run, who is clever with his shot.

“He could score from the halfway line, he could try and chip you if you were too high. That was a challenge I enjoyed.”

Let’s enjoy one of his greatest ever goals from every different angle 🎥 pic.twitter.com/iVPD6D7siT

“He made his debut and scored against Arsenal, and then all the goals he’s scored. He was really powerful from a young age.

“The reason why he was so special is that a lot of forwards in and around the box are quite selfish, but Wayne was different because he could do anything.”

“He was an animal. Strong, quick and aggressive. He had an amazing football brain too.”

“I can tell you that he had to be dragged away from training because he loved to play and practise so much.

“You could see it in his face. ‘Wayne, the bus will be going!’ you had to tell him. I could feel the love he had for the game and that transmitted to the others.”

“What I would say about Wayne is he’s football mad. He’s authentic. He was a great leader in the locker room and from my dealings with him, he loves the chess aspect of the game.

“Those principles made him so successful throughout his career and give him a very good foundation. I look fondly on the time we had at DC United. In some ways, he pushed me as a manager – challenging me.

READ NEXT: ‘I never faced a shot so hard’ – Three GKs on facing peak Wayne Rooney