15 of the best quotes on Nemanja Vidic: ‘He scared strikers to death’ 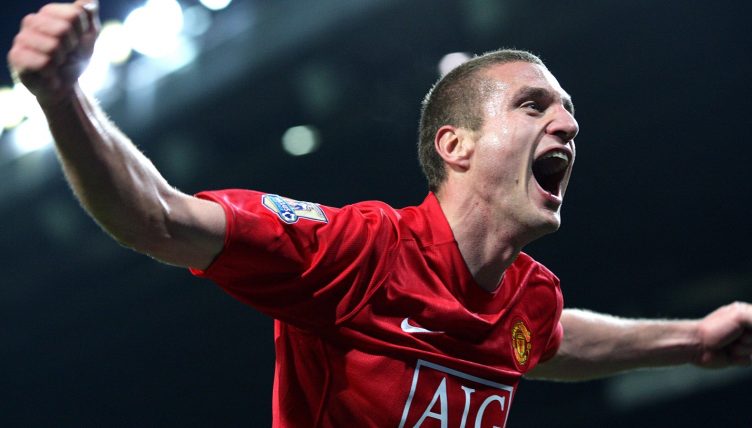 Of all the world-class centre-backs to grace Manchester United over the years, Nemanja Vidic was right up there with the best – and certainly the scariest – of them all.

Vidic joined United in 2006 and, after a brief period of adjustment, soon established himself as one of the fiercest centre-backs in the game, going on to win five league titles, three League Cups, the Club World Cup and, of course, the Champions League.

We obviously wouldn’t hear a bad word said about big Nemanja – for fear he’d kick our heads in, mainly – but we’ve left it to those who played with and against him to explain why he was so revered.

“It might surprise you to hear that Nemanja, who arrived from Spartak Moscow, was not the powerful centre-back he became over his years with the club. There was nothing of him when he arrived.

“He was skinny and relatively easy to push off the ball. He took a battering in his first few weeks at the club – in training as well as matches.

“Nemanja must have realised quite early on that he was not strong enough to play in the centre of defence at that time, so he did something about it. For the next year, every time I walked past the gym, I would see Nemanja in there lifting weights.

“He turned himself into a big, strong centre-half who was capable of knocking strikers out of the way. He always had a great ability to head the ball but allied with his strength he became unbeatable in the air.”

“How many centre-halves can you name who actually like defending? Vidic liked it. He loved the challenge of sticking his head in there. You could tell that the thrill of contesting those 50-50 balls animated him.”

“When I think of him as a footballer, Nemanja puts his head where other players are scared to put their feet. That’s Nemanja.

“At corners I’m always helping the defenders and he’s always close to me. I’ve seen him, time after time, diving with his head forward to block a ball. When I’m witnessing that, I’m scared for him.

“This is Nemanja. It’s unbelievable. I count him as one of my best friends.”

“Vidic has to be in [Neville’s best Man Utd team]. That’s non-negotiable. How he didn’t win Player of the Year in 2010-11 is beyond me. He was easily the most consistent, influential player in the league.”

“My type of defender. Liverpool tried to buy him in January 2006, but our loss was United’s gain.

“I’d have loved to have played alongside him and I’m sure we could have formed a solid partnership. He loves defending and putting his head in where it hurts.”

“He became a defender that was feared. He could fight with the most physical, he crunched into tackles, he attacked the ball better than anyone I’ve ever seen. But as he will tell you with a smile, he could also play with the ball too, which made him complete and a great defender.

“Because he was so good in the aggressive/attacking the ball areas people probably looked over his ability with the ball to his annoyance!”

“We didn’t work on it in training, we could smell each other’s movement, you just knew, it was instinct. I knew when he was going to go tight and I’d go round and cover.

“Nemanja is unbelievable in the air. He wins absolutely everything. He is so powerful and brave, and he has a fantastic leap to get above the strikers. And he also comes up for set-pieces and scores goals.

“As a defender he makes the full-backs, the goalkeeper and the midfielders in front of him all feel secure. He is a player you can depend on and put your trust in, and that’s important.

“I like that he doesn’t try to do too much, he sticks to his task of defending, and does that job very well.”

“Vida, simply the best out-and-out defender I’ve seen. Aggression and desire to win at all costs, scared centre-forwards to death!”

One of the great defenders 💪 pic.twitter.com/4tccWTEdSJ

“Vidic was a dour, uncompromising sod. He was a proud Serb. In 2009 he came to me to say he might be getting called up.

“He came in when Manchester United were seriously lacking a no-nonsense defender.

“Full-blooded tackler, never afraid to boot the ball clear but very tactically aware at the same time. He’d put his foot or head in danger for the benefit of the team – as a goalkeeper you love that.”

“You learn off him every day in training, even if he doesn’t say anything, you just watch and learn.

“He’s been a huge influence on my career at United and has really helped me along the way. I owe him a lot and I am grateful for everything he’s done.”

“Vidic and Ferdinand were without question one of best centre-back partnerships ever to play in this country.”

“I say farewell to probably the best defender I have ever played with: Nemanja Vidic.

“Jaap Stam and Rio Ferdinand fall into the mix as well when I consider that statement, but Nemanja has been an immense player for United for so many years and he has enjoyed great success as well.”