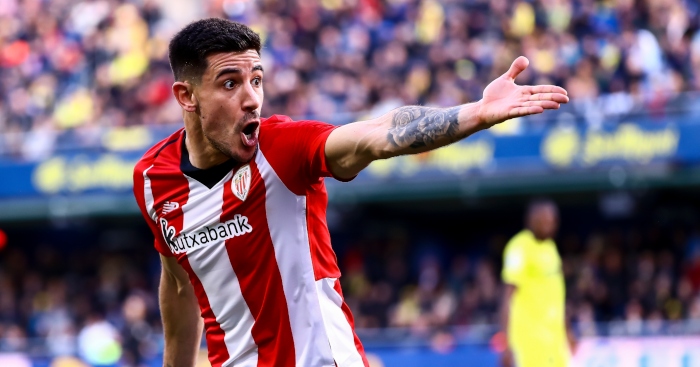 Tottenham have seen a number of exciting youngsters progress to their first team in recent years – but a number of others have instead bolstered teams around Europe.

Having joined Tottenham at the age of eight, Townsend was briefly released at 15 only to be re-signed after the youth coaches who had allowed him to be let go had left the club themselves.

The winger was sent out on loan nine times before making almost 100 appearances for his boyhood club, breaking into the England team in that time.

Townsend can now be found scoring occasional thunderb*stards for Crystal Palace, while he clearly retains affection for Spurs, visiting their new ground to take in their Champions League tie with Manchester City.

Daniels actually signed his first professional contract at Spurs in 2005 but never made a single appearance for the first team, eventually joining Leyton Orient four years later after a successful loan and then joining Bournemouth in time for their ascent through the leagues.

Another Bournemouth full-back, Smith did make a couple of appearances for Spurs, including a brief run out in the Premier League in 2012, but he was loaned out seven times before signing for the Cherries permanently in January 2014.

Tim Sherwood’s greatest success, although he would claim that was Harry Kane, Bentaleb burst onto the scene in December 2013 and remained a regular in Mauricio Pochettino’s first season in charge before gradually falling out of favour and jumping ship for Schalke.

“I got injured and when I came back, I wanted to play so bad that I had some arguments (with Pochettino),” Bentaleb told The Independent in February. “I was a little bit frustrated, and I was learning basically. Being on the bench is a learning curve.

“I know I made mistakes. But they helped me learn, as a man. And they don’t stop me from sleeping at night. And if I was 24 right now, and I had been at Tottenham, I don’t think I would make the same mistakes.

“I would be a hypocrite to say that I would not like to be there, and I am not a hypocrite. But this is football.”

“Like a lot of Town players this season he’s been a victim of circumstance, but at the same time he’s one of the ones who hasn’t particularly pulled his weight,” says our office’s resident Huddersfield expert Oli Fisher, so there’s your insight.

We’re not quite sure how this has happened, but Fredericks is somehow a 26-year-old professional footballer with almost 200 senior appearances to his name, four of which came for Tottenham in the Europa League.

But the right-back is best known for helping Fulham win promotion to the Premier League, only to immediately join West Ham, where he has struggled to establish himself.

Oxford is known as one of West Ham’s most exciting academy graduates, but he was on the books at Spurs before moving to the Hammers.

Despite growing up as an Arsenal fan, Oxford joined Spurs academy but was released in 2011. Four years later, he had broken into West Ham’s senior squad and become the club’s youngest ever player.

“I was at Tottenham for a while, but they did not want me, and I went to West Ham, which was the best option for me,” Oxford said after starring on his Premier League debut against Arsenal. “I was a striker back then [at Spurs].”

Bennetts is one of a number of young English players to chance their arm and move to Germany in search of first-team football, joining Borussia Monchengladbach in the summer.

“The Premier League was not a specific goal of mine,” he said. “If you live in England, the goal is mostly the Premier League, but I just wanted to become a professional. If such a possibility arises, you have to take it.”

Injuries have so far disrupted the forward’s development, but he has still been a regular for Gladbach’s reserve side this season.

Wonderful run and strike for the club's U19s vs. Dortmund.

Has a name which looks a lot like former Southampton and Leeds United midfielder David Prutton, but he is actually Brighton’s second-choice goalkeeper, having been sent on loan 13 (thirteen!) times by Tottenham.

Signed as a 15-year-old from Basel, Veljkovic managed to make three first-team appearances for Spurs and played a handful of games in the Championship on loan at Middlesbrough and Charlton.

The Serbian left in 2016 to join Werder Bremen, despite being offered a new deal at White Hart Lane, but still cherishes the opportunity he was given to train alongside the likes of Luka Modric.

“His technical skills and his calm on the ball were incredible, I have not trained with a better player so far,” Veljkovic told Goal in 2018.

The 19-year-old defender swapped Spurs’ youth team for Watford in 2017 but has only got as far as the bench for the Hornets’ first team to date.

The Belgian winger has played twice in Bundesliga but has missed the entirety of the current campaign due to a knee injury.

After coming through the Basque academies of both Real Sociedad and Athletic Bilbao, Berchiche moved to Tottenham’s academy in 2007, but his only experience of first-team football in England came via a loan at Cheltenham Town.

The left-back returned to Spain, working his way up from the lower divisions with Real Union and Eibar before becoming a regular in La Liga with Real Sociedad.

His form for Sociedad earned him a move to PSG, but he returned to the Basque Country after a season to join Athletic Bilbao, which was obviously reported by Gloucestershire Live as ‘Former Cheltenham Town loanee Yuri Berchiche leaves Paris Saint-Germain for Athletic Bilbao’.

A lot of these names have got lost over the years. Wonder what Yuri Berchiche is up to now #ffc #Spurs pic.twitter.com/9U89PjLZgd

The Netherlands-born, Nigeria international spent time in both Fulham and Tottenham’s academies but made his senior breakthrough with Groningen back in the country of his birth.

Still only 25, Troost-Ekong has since played in Belgium and Turkey before moving to Serie A last summer by joining Udinese, where he has been almost ever-present in the league.

There were 14 years between Crouch joining Tottenham’s academy and the striker making his first-team debut for the club.

After failing to make the step up from their youth team to the senior squad as a youngster, Crouch left north London for spells at six different clubs before returning to Spurs from Portsmouth under Harry Redknapp.

Now the ripe old age of 38, the former England international made a surprise return to the Premier League with Burnley in January, since making a handful of cameos from the bench.