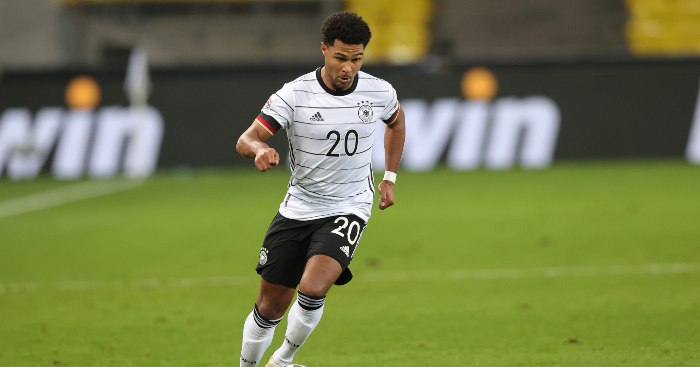 While we’re excited about the return of elite club football this weekend, the international break provided plenty of fun moments this week.

We usually start the week on a Monday by looking back at the best clips from the weekend, and with football pretty much taking place every day now the game’s calendar has been turned on its head, we’ve decided to start replicating the feature on a Friday. We’re also going to take this chance to introduce a few non-football-related things that we’ve enjoyed.

So without further ado, here are a few things that made us smile this week, including some good news about our favourite music venue in the land.

This kind of finish is always a lot of fun. That Germany kit is, typically, an absolute belter as well.

Enough to warm the coldest of hearts. Maybe not Roy Keane’s, actually.

After losing 40 matches in a row, San Marino finally broke the cycle last night, by earning a 0-0 draw against Liechtenstein.

It was the first time they kept a clean sheet away from home in their 30-year history. 🇸🇲👏 pic.twitter.com/iEHBWz1zmg

There’s a very big Sadio Mane vibe to all of this.

2 goals and 1 assist. His star is rising.

We vow to include anyone that chips Manuel Neuer in this feature from hereon in.

A brilliant achievement for the Arsenal striker.

He’s now overtaken Ronaldo in the list of Brazil’s greatest goalscorers. We loved his little tribute to O Fenomeno in celebrating the achievement.

He’s done all the hard work, now you just have to sign the petition.

Remember when I said I was going to need your help…

For the millions who do not have the platform to be heard.

Let's stand as a 'United' Kingdom to #endchildfoodpoverty

Not bad at all from the young Northern Irishman.

Scoring all those goals is clearly tiring work.

Bernard turned 41 this week, so it felt only right to revisit his greatest moment at Newcastle…

Someone get the magic sponge…pic.twitter.com/szkuF6OD4C

Something tells us that James Milner is a little envious of his new team-mate’s technique.

Admiring that @Thiago6 touch and technique 👌@JamesMilner is all of us 😍 pic.twitter.com/9w7jt9tvkZ

This got us right in the feels.

A miserable, rainy Tuesday was brightened up by this compilation of Riquelme – specifically, that flick over Tony Hibbert.

Former France international Adil Rami admits his love of food has been the biggest problem in his career. pic.twitter.com/gUBzklNq2Z

We spend more time there then we possibly should, so this news made us incredibly happy. When all this sh*te is finally over, treat yourself to a gig there. You won’t regret it.

We are delighted to announce that our bid for the Cultural Recovery Fund was successful!

A difficult year for all, we realise provides long term survival, security and resilience for us