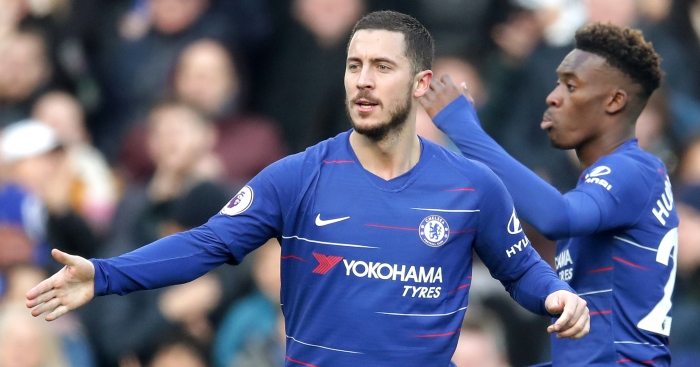 Ole Gunnar Solskjaer suffered his first Premier League defeat as Manchester United manager this weekend, while Liverpool kept up the pressure on Manchester City in the title race.

While there was plenty of excitement in England’s top tier, Jack Grealish had a day he’ll never forget for Aston Villa and there were plenty of eye-catching goals on the continent.

When your luck’s out…

He could quite easily have had a penalty here but told the referee he hadn’t been fouled. Fair play. Although it’s not like he’s struggling for goals…

It counted for nothing, like, but this was nice.

The upset is on at Camp Nou!

This wasn’t the only great free-kick scored this weekend…

Will Ferrell turning up with the 3252 all the way from his owners' box is amazing. How many owners in the world of soccer are doing things like this? Another great atmosphere tonight in LA. #LAFC #LAFCvPOR #MLS pic.twitter.com/sxaXboq3cp

When one nutmeg just isn’t enough.

He was rather good for Arsenal on Sunday. But Sead Kolasinac was sick. Literally.

🤣 | Lovren getting nutmegged three times in the warm up 😂 pic.twitter.com/WbHrN6YMkM

This has gone under the radar a bit. What a season he’s having.

If you take away penalties, no player has scored more Premier League goals than Sadio Mane this season (16)#LFC #LIVBUR pic.twitter.com/QFj4vbYhbj

Watch: Sead Kolasinac throws up as Arsenal give it their all against Man Utd