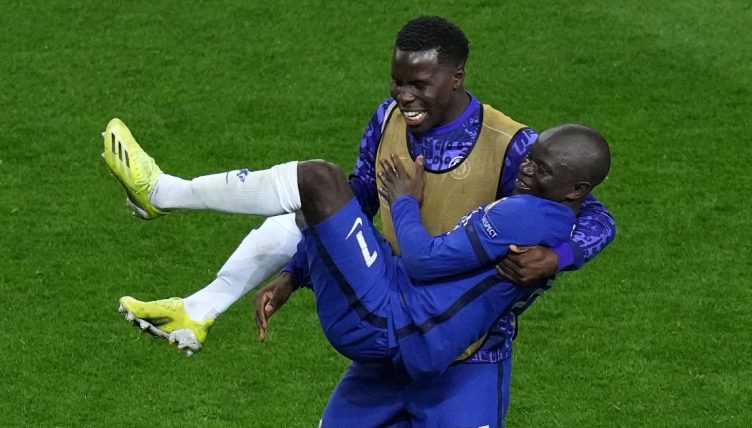 After a season of wall-to-wall football, it was strange having a weekend with only a handful of games, but the few we got didn’t disappoint.

Chelsea and Manchester City played out an enthralling Champions League final in Porto, while we were treated to a pair of entertaining play-off finals at Wembley.

There’s a reason they call him the Spanish Mike Dean.

Absolutely gorgeous piece of refereeing this. Truly a master of the craft at work. The officiating equivalent of watching Messi in his pomp.

Deserves to go down in the history books.pic.twitter.com/pZcQxJfPt7

An unfiltered interview for the occasion.

What a performance, what a guy.

This is beautiful ❤️

The kind of team-mate Kante deserves.

After losing the 2020 final, Tuchel definitely made the most of enjoying this one.

The look on his face is hilarious.

He finished the season with 33 goals, but this would’ve been the best of the lot.

"That would have been game over!" ❌

Ivan Toney is inches away from one of *THE* great play-off final goals! 😬

Welcome to the Premier League.

Thomas Frank gets carried away by the Brentford players during his post-match interview 🤣 👏#EFLPlayOffs #BRESWA pic.twitter.com/L6vrioC8mM

We hope developers are working to add this celebration to FIFA.

Cole couldn’t hide his delight after the full-time whistle.

Ballack only had the Champions League final on his mind.

Michael Ballack has his priorities in order 🤣pic.twitter.com/4H31niXbnl

Those fans deserve something to celebrate.

We don’t care who he was playing against, this is beautiful.

Not much to see here…

The Magpies secured a 13th-place finish with a final day victory 📈 pic.twitter.com/N7mZZBoMTE

What is it about Brazilian right-backs and wondergoals?

We're going to go out on a limb here – 19-year-old Gremio right-back Vanderson might be quite good at football.pic.twitter.com/74XKwdcMCk