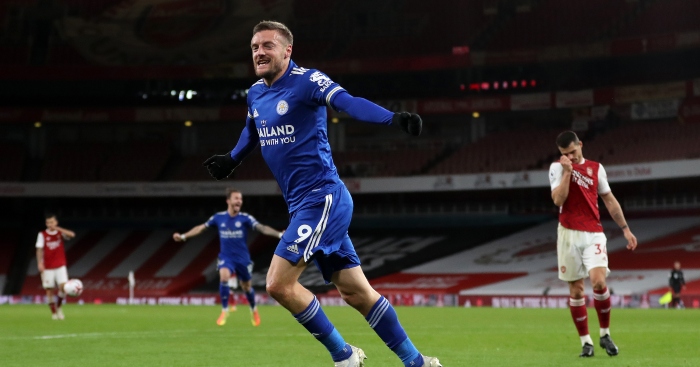 Elsewhere, Real Madrid beat Barcelona 3-1 in the first El Clasico of the season and Ajax recorded the biggest win in Dutch top-flight history.

SO good from Leroy Sané! 💫

The Bayern winger curls in a stunner for the German champions!

Lewandowski is actually getting better with age.

In 2019-20, Robert Lewandowski became the first player in Bundesliga history to score 10 goals in the opening six games.

In 2020-21, Robert Lewandowski has just become the first player in Bundesliga history to score 10 goals in the opening five games.

This tackle from Ramos on Messi isn’t talked about enough
pic.twitter.com/RxtKXSkgZf

Asensio with footwork that Messi would’ve been proud of.

A top class first half in El Clasico 🔥 pic.twitter.com/TpduCsZAip

Yet another record broken by the boy destined to preserve Barca’s DNA.

1 – Aged 17 years and 359 days, @FCBarcelona's Ansu Fati has become the youngest player to score in #ElClásico in all comps in the 21st century, breaking the previous record held by Vinícius Júnior (19y 233d). Star. pic.twitter.com/MHi9zMYEJv

It’s fair to say Silva’s still got it.

Real Sociedad are on fire! 🔥

David Silva couldn't have weighted that pass any more perfectly, and Alexander Isak took it in stride and buried it in the corner 😍 pic.twitter.com/3p85F2DB3W

We could watch this on repeat all day.

Ajax with the biggest win in Dutch top-flight history! 🤯

Neymar fully doesn’t rate this league. How you gonna try this in your own half? 😭😭
pic.twitter.com/I8FDyEk4EV

This was far more entertaining than the game.

🗣 "It was boring."@Evra & @jf9hasselbaink argument about Chelsea & United's defensive tactics is the entertainment of the night 👏 pic.twitter.com/xlNdqGicVd

He took inspiration from another Liverpool icon.

This is just rude.

"Those two have had to pay to get back in there…" 😂

In a first-half of few incidents, @Carra23 picks out Daniel Podence's dancing feet as a highlight

Forget the record vs the big six, we’re all about his shinpads.

Unorthodox yet effective from the West Ham defender.

Edouard Mendy couldn’t quite pull this off.