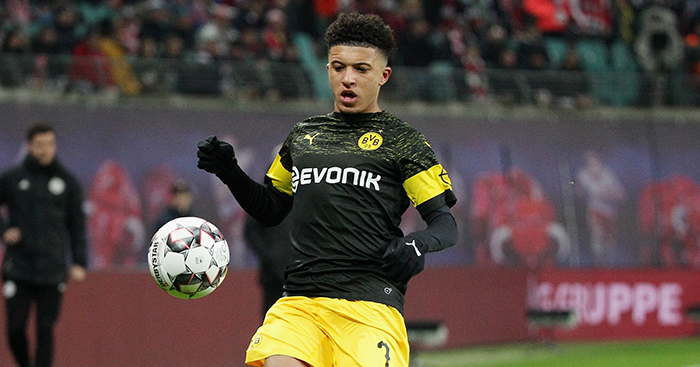 We’re not sure what was in the water around Europe this weekend, but there seemed to be a ludicrous amount of brilliant goals scored across the continent.

In the Premier League we were treated to not one but two seven-goal thrillers, while there was also the small matter of Arsenal vs Chelsea.

Before we get to all the goals, Sancho really is a ridiculous amount of fun.

Sancho with the rainbow heel flick 😲 from r/borussiadortmund

Bloody hell, again. It was his debut, by the way.

Honestly, Serie A was good fun this weekend.

That’s a good goal, that is.

That’s also a very good goal, that is.

And another! We enjoyed this one so much Tom Victor dedicated an entire article to it.

“It never leaves you.” pic.twitter.com/bou06XSkbt

A last-minute winner to complete your hat-trick, but that pass from Ruben Neves. Woof.

And Neves almost added another wondergoal to his collection.

Neil Warnock would not have approved of this kind of sportsmanship.

A nice summation of the Arsenal midfielder.

I like Guendouzi. He is, in the best sense, a bit of an arsehole. Arsenal haven’t had a good arsehole for some time. They’ve had dickheads. But that’s not the same thing.

A massive f*ck off throw from the Iran goalkeeper. Nice one.

A night Titi will want to forget.

It’s fitting a Norwich City player should provide such an #AccidentalPartridge.

Onel Hernandez's favourite things about Norwich is spectacular. Missed opportunity to call it a 'Fine City' though #NCFC #Norwich pic.twitter.com/oYBpL6sEUT

Michael Knighton: The UFO spotter who almost bought Man Utd for a bargain

Watch: Arsenal loanee gets kicked in b*llocks by fan after pitch invasion