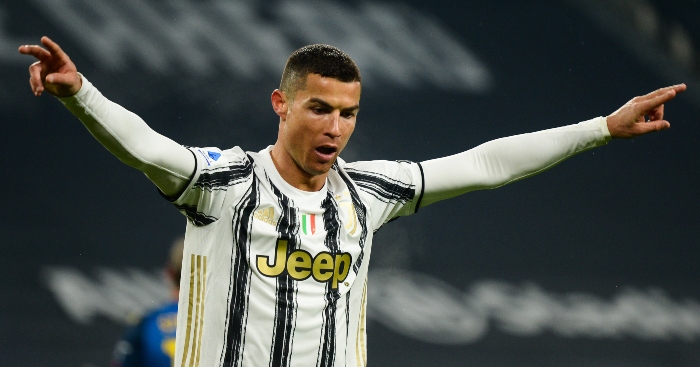 After 2020 drew to a close, Manchester United and Arsenal both enjoyed a brilliant start to the new year over the weekend.

Elsewhere, Cristiano Ronaldo picked up where he left off last year and Bayer Leverkusen’s Nadiem Amiri scored an early contender for the 2021 Puskas Award.

We’ve not seen a backheel this filthy in the Bundesliga since Grafite was in his pomp at Wolfsburg.

The first touch-nutmeg on the turn was delightful, the back-heel finish was straight-up cheeky 😍

A quite brilliant goal from Leverkusen's Nadiem Amiri! pic.twitter.com/0A6ugd4Gce

We’ve got a lot of time for this.

Jamal Lowe celebrating in front of Ben Fosters GoPro which he films his YouTube videos on 😭pic.twitter.com/jgLj7ZwDnu

More of this please, Paul.

this is the pogba I know and love pic.twitter.com/gPnKu9yknE

We’re going to stick our necks on the line and say that Harry Kane is good.

🥇 Harry Kane is the first player to reach both 10 goals & 10 assists in the PL this season. He’s achieved this double in the fewest appearances in PL history (16), beating the previous record of Cesc Fabregas (17 for Arsenal in 2009-10) pic.twitter.com/YOvjaA7vCy

As he told BT: “A bit of cold weather hurts nobody!”

The weather's no problem for Kieran Tierney 😂 pic.twitter.com/Vh7zabZfdy

Thierry Henry and Kevin De Bruyne hold the joint-record for most assists provided in a Premier League season: 20

Cristiano Ronaldo with a great opener for Juve! 👏

It's still nearly impossible to stop him when he runs at a defence and gets a sight of goal like that 🔥 pic.twitter.com/U8f30Za0Gk

What a strike from the former Man City winger! 🔥

Bayern are back in this 💪 pic.twitter.com/Rc2v4iso61

Can’t tell you how much we wanted him to miss.

You need to watch the replay to truly appreciate this save.

Off his boot into the underside of the crossbar… it doesn't get much better than that 👏 pic.twitter.com/yMyGPW5H9w

"Yes, it's something we've been practising in training."

It was worth a shot…

Give this admin a pay rise.

We’re ready to welcome you.

Can you name the 20 defenders with the most assists in Prem history?