16 things we loved this weekend: Shaqiri, Ronaldo, Brereton and more 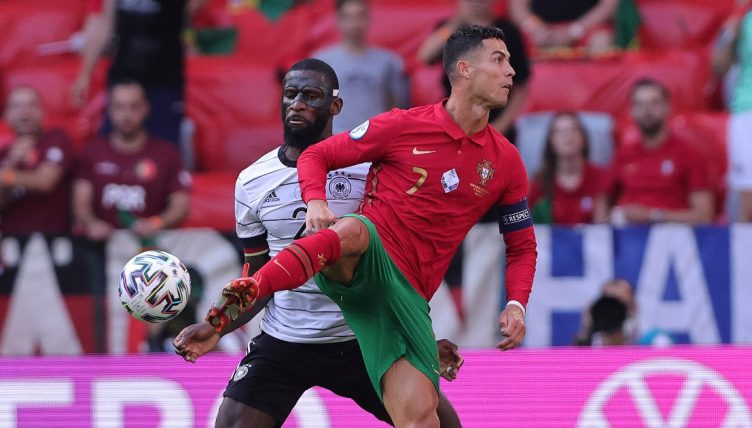 The group stage of Euro 2020 is drawing to a close, and on Saturday the phase of three games in a day went out in style with a six-goal thriller between Germany and Portugal.

There was also plenty of entertainment to be found in the Copa America, and while England’s goalless clash with Scotland at Wembley on Friday night didn’t quite live up to the hype, it proved a hard-fought and competitive match.

Here’s our round-up of the best action from the weekend.

A superb twist on the dark arts.

➡️ Catch up on the full episode here: https://t.co/UllsrqDI2E pic.twitter.com/OlQLksc6ZM

Man of the match on his full FA Cup, Premier League, Champions League and international debuts. Some player.

"Honestly, I can't put it into words. My family's in the crowd. The fans haven't stopped singing all night… it's unbelievable!"

More blokes from Stoke in the Copa America, please.

The commentary for Stoke-born Blackburn forward Ben Brereton scoring for Chile in the Copa America is immensely satisfying pic.twitter.com/M6KmTwtMMo

Rudiger should have retired immediately after this.

🤤 The flick, the no-look backheel pass…

Who knew he had a right foot?

😱 What a goal! What a celebration!

This would have been a contender for goal of the tournament had it gone in.

A goal and two assists from the Atalanta man. Performance of the Euros so far?

Not sure Alexander Isak will be on @GaryLineker's Christmas card list after this 😂#euro2020 #bbceuro2020 pic.twitter.com/6VNcMs1BUO

Somebody’s been taking notes from Alisson…

Torquay have thrown absolutely everything at it and FINALLY get their reward. 😱🔥

This isn’t over yet! 🤯 pic.twitter.com/zEWLSb7fTD

Welcome back to the 72. Can we see Jeff Stelling’s reaction, please?

HARTLEPOOL ARE PROMOTED BACK TO THE FOOTBALL LEAGUE! 🙌📈

The man of the moment won’t stand for any nonsense.

what’s the Italian for banter pic.twitter.com/OKb4U1Qj0F

Fair play to him. However it works out, you can’t imagine it’ll be boring.

That’s how to score in a play-off final.

Rayo Vallecano get exactly the start they needed! 🔥

Alvaro Garcia shows great touch to control the long ball and then loops it over the goalkeeper who's caught off his line 👏 pic.twitter.com/SNbtltnib2

Philadelphia Union centre-back Jakob Glesnes with a rocket of a goal vs Atlanta #Golazo #DOOP pic.twitter.com/uPSPfZqMFe