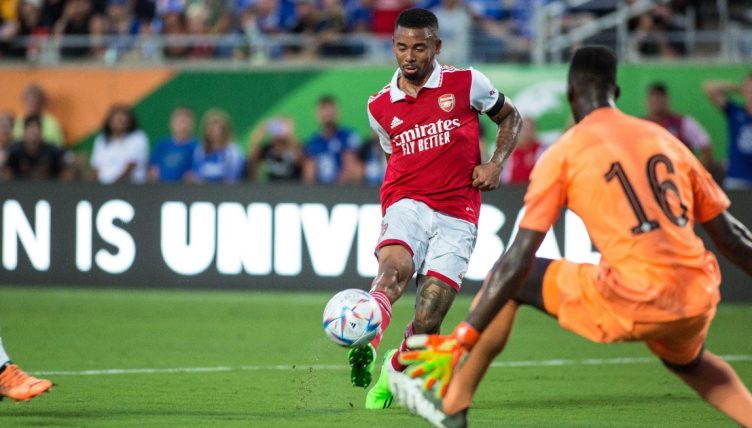 Arsenal stole the headlines over the weekend by producing a brilliant performance to beat Chelsea 4-0 in their latest pre-season friendly.

Elsewhere, Barcelona came out on top against Real Madrid in a friendly game in America and Erling Haaland marked his unofficial Manchester City debut with a goal.

Our resident Leeds fan isn’t surprised at all to see the Brazilian lighting up El Clasico.

What a way for Raphinha to introduce himself in ElClásico! 🔥

Some transfers just feel right from the off, don’t they?

Yeah, Madrid lost, but just look at this run from Vinicius.

Vinicius jr owning half of Barcelona’s team, only way they could stop him is by fouling. He is breaking all his records this season. pic.twitter.com/WhDlTaUsyf

Messi still knows how to leave players in a heap on the floor.

The Brazilian is undoubtedly one of football’s greatest entertainers.

We have a feeling he’s going to enjoy himself over in California. And not just the golf courses.

There was a clear offside in the build-up but you can’t disallow a goal like this.

A terrifying glimpse of the immediate future.

Come for the finish, but marvel at the build-up. Whisper it… Manchester United might be back.

Zaha has scored four pre-season goals for Crystal Palace but this is the pick of the bunch.

Going home is all he needed to get that spark back.

Not even Shaft is capable of doing something this smooth

Goals are always better when they come off the underside of the bar.

A great strike from distance gives him his third Premier Sports Cup goal of the campaign, and doubles @AberdeenFC's lead 🔴 pic.twitter.com/ryZl16mINt

9 young stars set for a breakthrough season in the Premier League: Garancho, Gordon