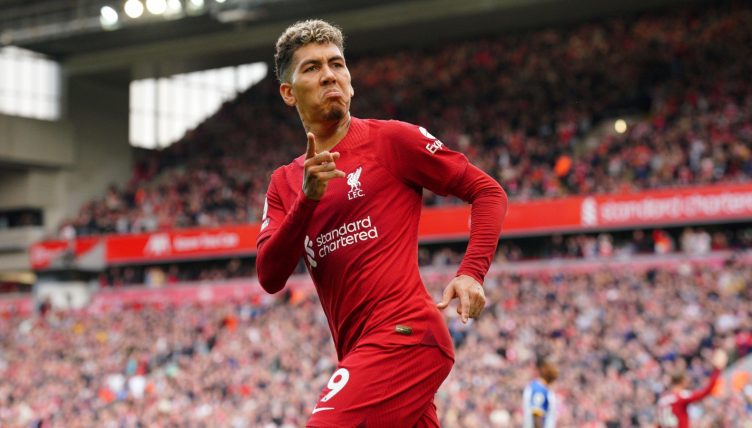 Roberto Firmino has played a huge role in Liverpool’s glorious era under Jurgen Klopp – and he’s had plenty of fun along the way.

Firmino has scored 103 goals in 336 appearances for the Reds since signing for the club in 2015, winning the Premier League, Champions League, Super Cup and Club World Cup in that time.

But, more importantly, he has made a habit out of humiliating opposition players. Here are 15 memorable examples of his showboating.

Camarasa thought that he had the situation under control. It turns out he didn’t.

Skipping past a defender and then setting up a goal in a 5-2 win over your local rivals. It doesn’t get much better than that.

Even in a pre-season friendly, Firmino doesn’t take it easy on opposing defenders.

Lesson number one: Never try and get tight to Roberto Firmino.

You’ve got the goal, Bobby, do you really need to take the piss with a no-look finish? Answer: Absolutely.

On this day in 2018, Liverpool beat West Ham 4-1 at Anfield thanks to goals from Can, Salah, Mane and a vintage no-look goal from Firmino.

Expect a similar result against the Hammers tonight Reds? 🔴 pic.twitter.com/JrSkFCNIab

This is exactly why strikers should never defend. It’ll never end well.

💯│ Fabinho, Virgil, Naby, Matip, Salah, Firmino, Henderson…pretty much everyone is involved in this one!

All to put it on a silver platter for the Main Man(é) 🇸🇳pic.twitter.com/Sahx886kMG

Baller Firmino sent Ceballos for a chicken sammich with this bit of skill. Filthy. #LIVARS pic.twitter.com/TU9qHBV1Go

Sometimes giving away a free-kick is the only way to stop Firmino.

Why humiliate one player when you can humiliate three and score a goal all in one move.

Firmino has to think of new innovative ways to humiliate defenders so why not use a rabona to set up on of your team-mates.

Kolarov thinks he’s stopped the Brazilian in his tracks, but he has another trick up his sleeve.

READ MORE: The 6 players Liverpool signed with Roberto Firmino – & how they fared