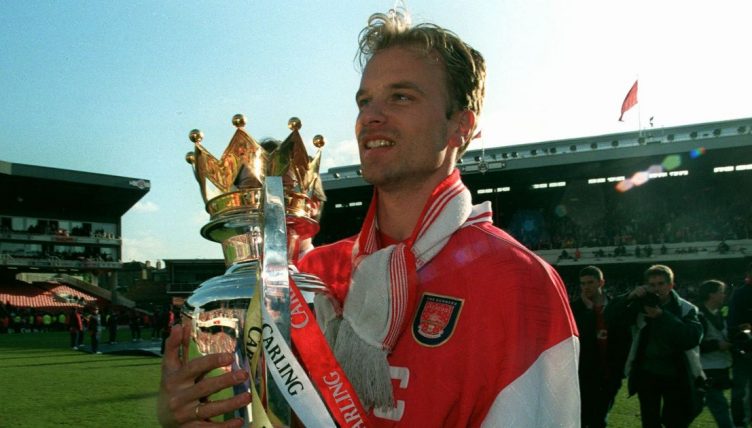 Dennis Bergkamp captured the hearts and imaginations of Premier League fans like few other players during his 11 years at Arsenal.

After winning a number of honours at Ajax and Inter, Bergkamp joined Arsenal in 1995 and went on to lift three Premier League titles and three FA Cups, combining the guile, grace and intelligence of a No.10 with the goalscoring instincts of the best strikers.

We’ve left it to his former team-mates, opponents and managers to explain what made the Iceman just so special.

“He’s the messiah. We told him to get us into Europe when he joined and that’s exactly what he did.”

“We just stood there looking at each other, amazed. He’s probably the only player who could have pulled it off.”

“He has intelligence and class. Class is, of course, most of the time linked to what you can do with the ball, but the intelligence makes you use the technique in an efficient way.”

“I have always said Dennis Bergkamp will remain the best partner I have ever had. He is a dream for a striker.”

“The Iceman was a tremendous player. He was strong and quick and had a bit of a nasty streak about him. However, he was a gentleman.”

“If Ryan Giggs is worth £20million, Dennis Bergkamp is worth £100million.”

“I honestly didn’t think a professional player could be that good.”

“Killed the ‘boring, boring Arsenal’ tag. If Bergkamp had played in the Cruyff team of 1974, Holland would have won the World Cup.”

“One runs out of superlatives in describing him as a player: he has great vision, awareness, touch, finish, not to mention selflessness, which for a striker almost sounds like a contradiction in terms.”

“He’s been very important for Dutch football because he stands for the football we want to play – you should be strong on the ball and score goals yourself but also put someone else in the position to score goals, and sometimes show nice things on the pitch as well.”

“Our technical leader, the one who would bring the small magic that would help us win something.”

“Played football like it was all a dream – you couldn’t even imagine some of the things that he was capable of doing with a football.”

“The Bergkamp of the late 1990s, his mature phase, was a ‘footballer of moments’. He would sometimes play a terrible match but do one thing that no footballer had ever done before… It was as if he could see another dimension.”

“I’m not exaggerating. First-team training sessions were often a daily convention of the Bergkamp Appreciation Society.”

“Does Bergkamp have three feet?”