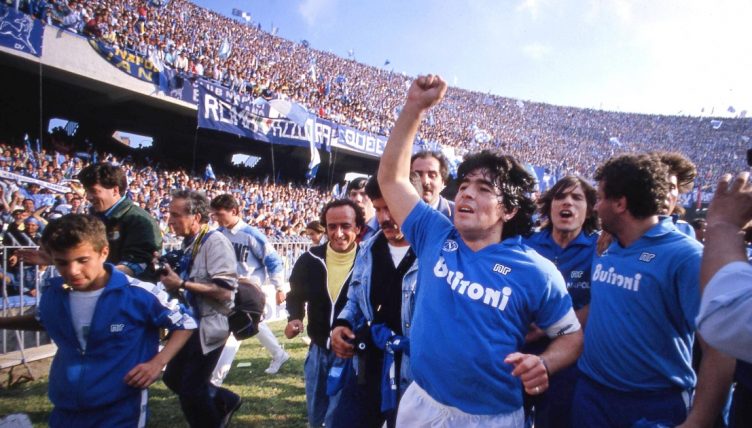 Diego Maradona will forever be regarded as one of the greatest footballers in history – and for many people he is the best ever.

Maradona was the first player to move for a world-record transfer fee twice, and although he did not win too many team trophies during his club career, he did inspire Argentina to World Cup victory in 1986, scoring a sublime solo effort against England which was later voted ‘Goal of the Century’.

Here are a selection of the best quotes about the former Boca Juniors, Napoli and Barcelona hero.

“When Diego scored that second goal against us, I felt like applauding. I’d never felt like that before, but it’s true… and not just because it was such an important game. It was impossible to score such a beautiful goal.

“He’s the greatest player of all time, by a long way. A genuine phenomenon.”

“The best of the lot, no question. In my generation, my era, he was simply the best. I saw Maradona do things that God himself would doubt were possible.

“If anyone inspired me, it was undoubtedly (Maradona).”

“The best player I’ve seen in my life. He did things that didn’t seem humanly possible. When he was on top of his game, and even without training that much he was always in form, he was simply impossible to control.

“He decided matches alone, carrying average teams like Napoli, and Argentina in 1986, to glorious achievements. A genius.”

On what the Gallaghers were told by Maradona’s interpreter at a party: “[Maradona] told me to tell you, if you leave with any of his b*tches, he’ll have you shot.”

“I was very lucky to be his team-mate and get to play with him as well as watch him train every day. The things he did! He was and will always be unique.

“Off the pitch, I always liked his simplicity. He was Maradona, yet with the team he seemed just like an ordinary lad like the rest of us. He didn’t behave at all like a football star.”

“With him on the ball, you didn’t know where he finished and where the ball started.”

“Beyond everything else, no ball ever had a better experience than when it was at his left foot.”

“Did he scare defenders? He scared absolutely everybody! You couldn’t play against him.”

“The best player I’ve ever played against, miles ahead of anyone else. As you saw in the World Cup quarter-final in 1986, I just couldn’t get near him – all I ever saw was his number 10!

“He had a low centre of gravity that shielded the ball, he had strength, pace and his passing was excellent. He also had a great leap for such a small man, as he showed with his Hand of God goal!”

“Maradona will always be the greatest.”

“In Argentine football there is a before and an after Maradona.”

“He was from another planet. He was different.”

“Maradona epitomized the mystique of the working class revolution: aloof and arrogant like the 1980s.”

“Those who knew Maradona understand that he was the worst of Apollo, but the best of Dionysus.”

“I worked hard all my life for this. Those who say I don’t deserve anything, that it all came easy, can kiss my arse.”

READ NEXT: ‘It was like a 90s rap battle’: The night Diego Maradona played for Tottenham