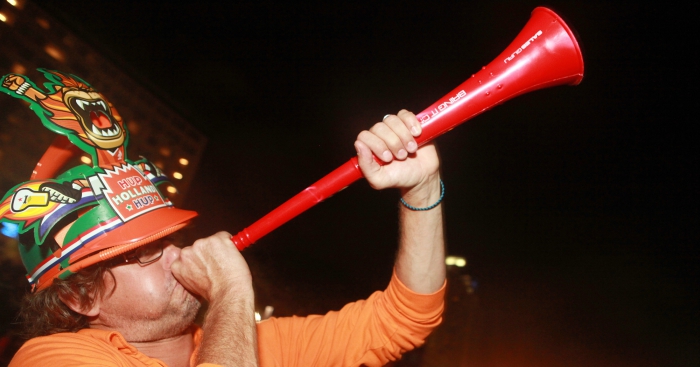 If you’re looking for insightful debate, you would be more than a little foolish to head to the comments section on YouTube videos.

However, if you’re looking for utterly baffling arguments, half-baked conspiracy theories and your uncle knobhead after a few too many drinks, the comments section on YouTube is exactly where you need to go.

It’s often forgotten that football itself is pretty ridiculous, so it only seemed right to put the two together and dive straight into the comments on the beautiful game.

To be quite honest, we sort of nabbed this idea from The Move mag – which is excellent and you should buy – but while they got to scrawl through entertaining stories about coming up to great music, we mostly had to rrawl through lads arguing about Lionel Messi and Cristiano Ronaldo.

Thankfully, there were some moments of gold, so we’ve picked out 16 of our favourite comments below the line.

FunkySeeFunky: “The perfect goal – the flick, the volley, the celebration, colin hendry falling over – everything”

Diego Maradona’s goal of the century vs England

Jules Verne: “Every time I watch this I can barely hold back my tears and I am not even Argentinian, not even close.”

Joseph Shillabeer: “how dare you upload such a beautiful goal in such shit quality”

Aceofspaceds.ace: “I miss Rooney, I miss the old team, I even miss Anderson.”

Juan Hernandez: “and back then the balls where harder”

Chris Cugno: “Good goal and skill but bergkamp is way too pale”

efc toffee: “Well we invented the game, so maybe the rest of the world should learn how the game should be played”

capokahtpin: “remember watching this game live. I had to go off sick from work the next day just to recover from it”

Burn0Man: “the placement of the wall was atrocious”

Jersey Representing: “If that was your head you would be reduced to giblets.”

88Anesthetize: “A fascist maniac he may be, but the best goal I’ve ever seen, it most certainly is.”

Dean Fowles: “the goalie has got football pie all over his shirt”

defc flores: “this was the first fucking hipster”