The 16 best quotes on Kaka: ‘Nothing is wasted, everything has a purpose’ 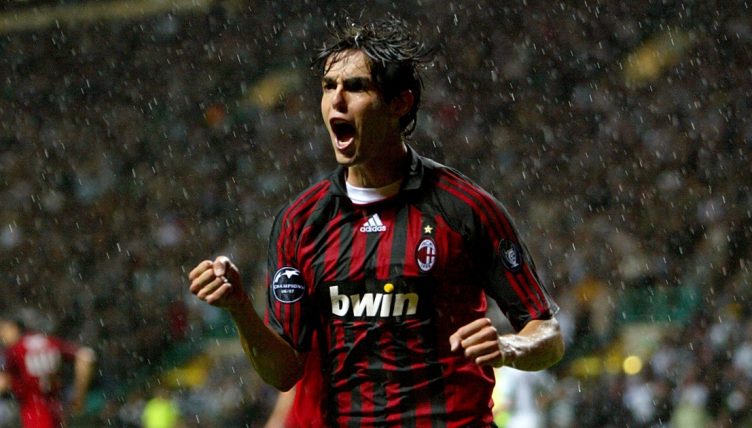 Kaka’s peak may not have lasted as long as the likes of Cristiano Ronaldo or Lionel Messi’s – but for a while the Brazilian was one of the most alluring players in world football.

At his best for Milan, Kaka was the catalyst behind their 2007 Champions League triumph, later becoming the most expensive player in the history of the game for a brief period.

We’ve compiled 16 of the best quotes on the ethereal No.10, said by those who worked closest alongside him.

“For two or three years, he was the best player in the world. There was a point when teams just had no idea how to stop him.”

“Kaka is the best player in the world. Every time the match is important he is there.”

“There’s a young guy who plays for Sao Paulo called Kaka who plays just behind the front two. You don’t know anything about him in Europe, but watch him if he is chosen for the World Cup.”

“I know, but he’s definitely not.”

“[He wasn’t] at Zinedine Zidane’s level, but almost. The second best player I’ve coached and definitely the most intelligent.”

“He’s a rare piece of talent.”

“Kaka is the only player in the world I would pay money to watch. Some of the things I have seen him do on the pitch amaze me.

“He has the lot — fantastic skill, pace, vision, great passing and he scores goals. As a midfield player you are lucky if you have three of those attributes.

“For me, he is the best player in the world and he’ll probably go down as one of the best ever. I’ve admired him for years. I look at a player like that and see if I can learn anything from him.

“And when a player enjoys watching another professional you know they are something special.”

“Kaka is a true Milan legend. Everybody at the club loves him,” Galliani told RMC in 2014. “He has entered the hearts of all the Milan fans in his own special way.

“At Milan, we have had legends like Paolo Maldini and Franco Baresi. It is probably fair to say that the fans’ affection for Kaka is equally big.”

“Kaka, Ronaldo and Messi are the best three in the world right now.”

“Kaka is one of those rare players who can make the difference.”

“He is the complete modern player.”

“I don’t know whether he’s the best player Milan have had in my time here, but I’ve never seen a player so young do the things he does for us.”

“He is simply extraordinary.”

“Just a really nice guy… in a profession of arseholes.”

“He is an extremely calm and composed boy who is never prone to either euphoria or depression.”

“Kaka’s magic is not the kind of sorcery born of flashy moves and baroque touches. It is the most special – and useful – magic, skill distilled to its most essential elements. Nothing is wasted, everything has a purpose.”

“I will miss seeing you with a ball at your feet – you were a magician.”