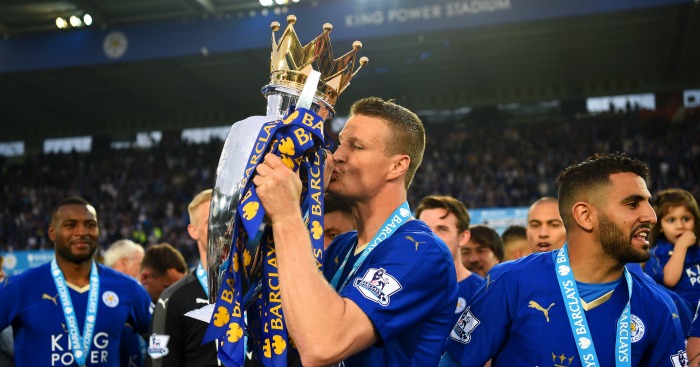 Robert Huth has made over 300 Premier League appearances for Chelsea, Middlesbrough, Stoke and Leicester – but he deserves just as much respect for his Twitter game.

Huth actually has three Premier League winners’ medals to his name, making the required number of appearances for Chelsea in 2004-05 and 2005-06, and then playing a key role alongside Wes Morgan in Leicester’s remarkable victory in 2015-16.

As reliable as he is a defender, Huth is also great value off the pitch with a Twitter game as good as any other player in the league – as these tweets prove…

“Gutted about knee op, hobbling around on skinny wooden crutches for 2 weeks that look like Crouchy’s legs”

Felt good to get height on my jump for the goal yesterday, looking down, shawcross is definitely thinning on top

Pleased with crouchy goal of the season . I’ll teach him to do it with the other leg in training on tuesday

Over 6000 followers. Thanks for that! The 10,000th follower can two foot challenge me

@Ryanshawy Welcome to twitter cupcake!I assume u learnt how to read now as well as write?

@Jon_Walters_ Great to be back with the lads today, Crouchy heading everything, Shawcross looking solid… Walts makes a great coffee

Spotted on Deadline Day: Jon Walters putting his helicopter back in his garage. #notakers

@JonWalters19 if you don’t wake up can I have your car?

Just about recovered from the arsenal battle the other night #playon ? pic.twitter.com/YS2cxSjN3s