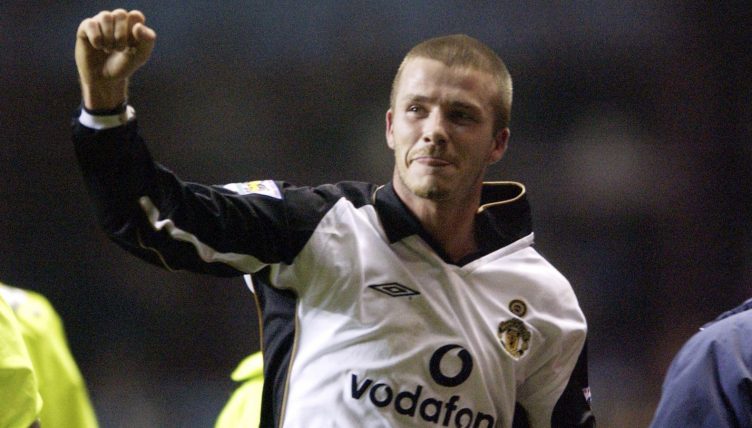 David Beckham is known by many as much for being a celebrity as a footballer – but it shouldn’t ever be forgotten what a bloody incredible player he was.

He also won 115 England caps, recovering from being the nation’s most hated player to undoubtedly the most loved. And, as these quotes prove, one of the most respected in the world.

“I was taken off for David to go on [for his debut, as a substitute against Doncaster]. So I was chuntering on the bench, then he went and scored directly from a corner. I had to shut up then.”

“He was extraordinary. When he first came to us he would train morning and afternoon then show up in the evening to join in with the schoolboys. At the start of each season we used to give all the players a bleep test to get a sense of their aerobic fitness, and Beckham was always off the scale.

“True winners are relentless. The very best players compete against themselves to become as good as they can be. They have to be dragged off the training ground.”

“The first time I saw him was when he was a teenager and I took my Chelsea side to Old Trafford. You could tell then he was going to the top.

“He looked different, special. He was better than any other players on the pitch that day and he was just a kid.”

“Becks was the true professional, he was probably the best technical player I played with. I used to watch him and watch him.

“As soon as we’d finished [training], the mannequins would be out and he’d be taking free-kicks, corners and he’d do it for an hour.

“Every training session he’d give 110%, he would never beat anybody but if you give him a yard, he’ll put in the best balls you’ll ever see. What a player.”

“He made every single ounce out of all the ability he had. The way he carried on to the age he played to was outstanding. He kept himself in great shape. He was the best set-piece taker I saw in my time.

“It’s hard for me to admit, but he was probably better than me at set pieces!”

“I found it strange when football writers started to do Beckham down, saying he wasn’t a true England great, had no pace, had to try and practice hard when others like Gazza, Charlton and Barnes before them had had natural ability. As if there was something wrong with that.

“A phenomenon … the image he has is totally different to what he is really like as a player and a person.”

“My four years working with him is one of the great honours of my life. Just a great personality and an incredible competitor.”

“His football does not seem to suffer by all of this going on around him. You look at his passing and he makes it look so simple.

“When he passes the ball, it always seems to go where he wants it to go. That sounds simple, but believe me, it is not.”

“Beckham takes free-kicks better than me. It is a joy to watch him take free kicks and he has proved that free kicks are not all about power.”

“I think he’s been an absolute superstar. Forget about the Beckham brand, he gave every ounce of blood and guts when he was on a football field. Yes, he wasn’t Lionel Messi or in the top 20 most skilful players in the world, but he brought honesty, commitment and style to every team he played for.

“You only have to go on MUTV and watch programmes like ‘Ruud van Nistelrooy: all the goals’, ‘Andy Cole: all the goals’ and so on, and see how many goals they scored came from his crosses. A cross was him is as good as a goal.”

“Beckham is superb. Above all to score when the team is in need. He can achieve a result when it is an emergency.”

“That goal against Greece [to take England into the 2002 World Cup] sends shivers down my spine every time I think about it. He took responsibility as a footballer and is a great role model.”

“David Beckham is up there with the best passers I’ve ever played with; over a long distance he was ‘radar foot’. Some left footers look beautiful when they pass the ball. His right foot was like that – it even sounded nice when he hit the ball.”

READ MORE: David Beckham at AC Milan: Proving he was a footballer before a superstar