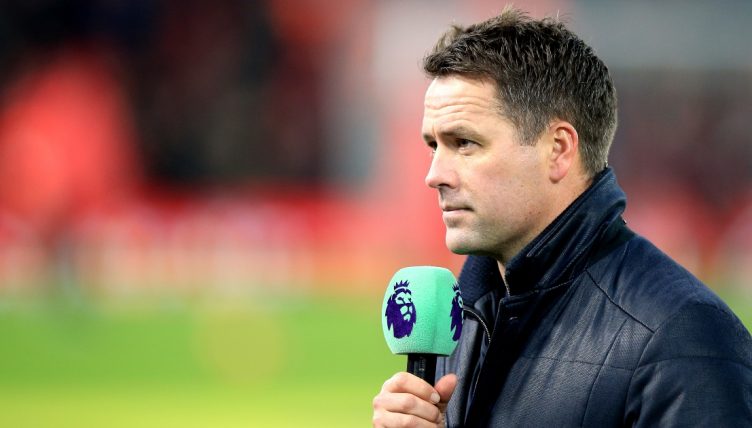 Back in 2020, you almost certainly heard all about the book that Michael Owen brought out.

Owen’s autobiography, Reboot, was serialised in the Mirror and contained a number of explosive passages.

From criticising Newcastle United and Alan Shearer to suggesting Liverpool tried to sell Steven Gerrard two years prior to his eventual departure, Owen adopted a very different vibe to his usual manner, as the following quotes make clear…

2. “What a feeling it is to be a manager and bring someone on.”

3. “Footballers these days often have to use their feet.”

4. “I love these players with two feet.”

5. “Blackburn have got two strikers on and they’re both playing up front.”

I was on wildlife watch during my run in my garden this morning! pic.twitter.com/0iynjvEof7

7. When asked what he listens to in the car by The Guardian: “I don’t listen to anything. I don’t know why, but the car’s always been my own quiet space. When the kids are in the car they always want a song on, but I’m just happy with my thoughts.”

8. “When they don’t score they hardly ever win.”

10. When asked what was the last film he saw by The Guardian: “It’s very boring, but I don’t watch films. I think I’ve seen about five in my life.

Watched my eighth ever film on the flight home. Must have been bored. #HateFilms

11. When reviewing every film he has seen for Shortlist: “I like factual stuff. I don’t like being kidded by anything.

“That’s my problem with films: I just can’t believe it. I sit there, thinking, ‘I wonder how many takes that took?’ and, ‘Is that a stuntman?’

“The big action fights are so far-fetched I shake my head in disbelief: people shooting each other, rolling over with bullets just missing them, jumping off of trains. How can anyone believe that?”

14.  Another zinger to The Guardian: “Funnily enough brie is not a cheese that I would eat on its own – it just goes well with turkey and cranberry.

“If I’m eating cheese on its own with a cracker it has to be really strong. I can handle a strong cheese. Stilton, things like that. If you’re buying mature cheese, then Canadian is probably the strongest one. Canadian extra mature, or Stilton, or anything that really stinks.

“That’s only really happened in the last five years. Before that, I preferred a milder cheese.”

15. “Alderweireld played really well last year for Tottenham, let’s hope he can transfer that form to Spurs this season.”