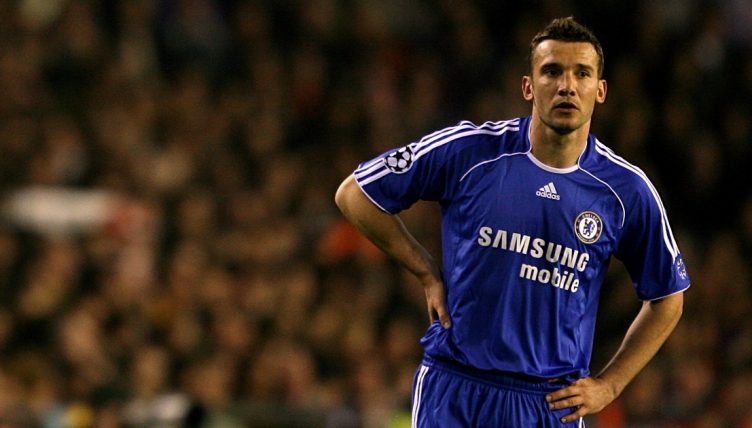 Chelsea had plenty of money to splash in the Roman Abramovich era – and as such, they were able to afford the occasional slip-up in the transfer market.

However, they didn’t need wealth to screw up – there are plenty of pre-Abramovich examples too. And all the early indications are that the Todd Boehly era will continue a long Chelsea tradition of spunking money on underwhelming signings.

We’ve looked back at some of those Chelsea signings who were supposed to be the bees’ knees but failed to do the business.

Straight down to business with this one. 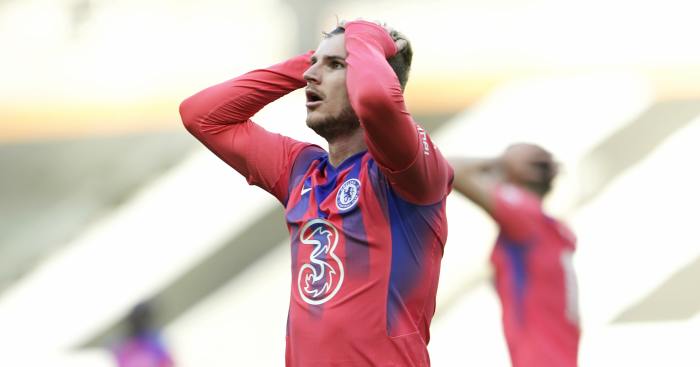 READ: Nine Bundesliga stars who struggled in the Premier League

One of the first signings made by the ‘new’ Chelsea, Mutu started like a train with four goals in his first three games, but a strike in a cup defeat to Arsenal in February 2004 would end up being his 10th and last for the club.

The Romanian tested positive for cocaine in September 2004, prompting the club to sack him and take him to court in an effort to recover the money they spent to bring him to London.

That court case went on for several years, with the Blues eventually winning, but they’d have probably rather had his goals and on-pitch ability instead.

Chelsea fought hard to sign Kakuta, and by ‘fought hard’ we mean ‘went to court and risked a transfer ban’.

The Blues were so desperate to sign the France youth international from Lens that they allegedly broke some rules to do so, earning them a two-window transfer ban which was later overturned by the Court of Arbitration for Sport.

The winger ended up playing just 16 times for the club and has given up on a France call-up, making his DR Congo debut in 2017.

An honourable mention also goes to Bertrand Traore, another youngster ‘signed’ in questionable circumstances, whose arrival led to the transfer ban on Frank Lampard’s watch. Fittingly, he too played 16 times for the club.

The problem with waiting so long for something great comes from the fact that when it arrives, it’ll never be as good as you imagined.

Shevchenko was on Abramovich’s hit-list for a while but didn’t arrive until 2006, by which time he was already pushing 30 and perhaps unlikely to adapt immediately to the Premier League’s demands.

Sure enough, he ended with just nine league goals – not ideal for a £30million striker. 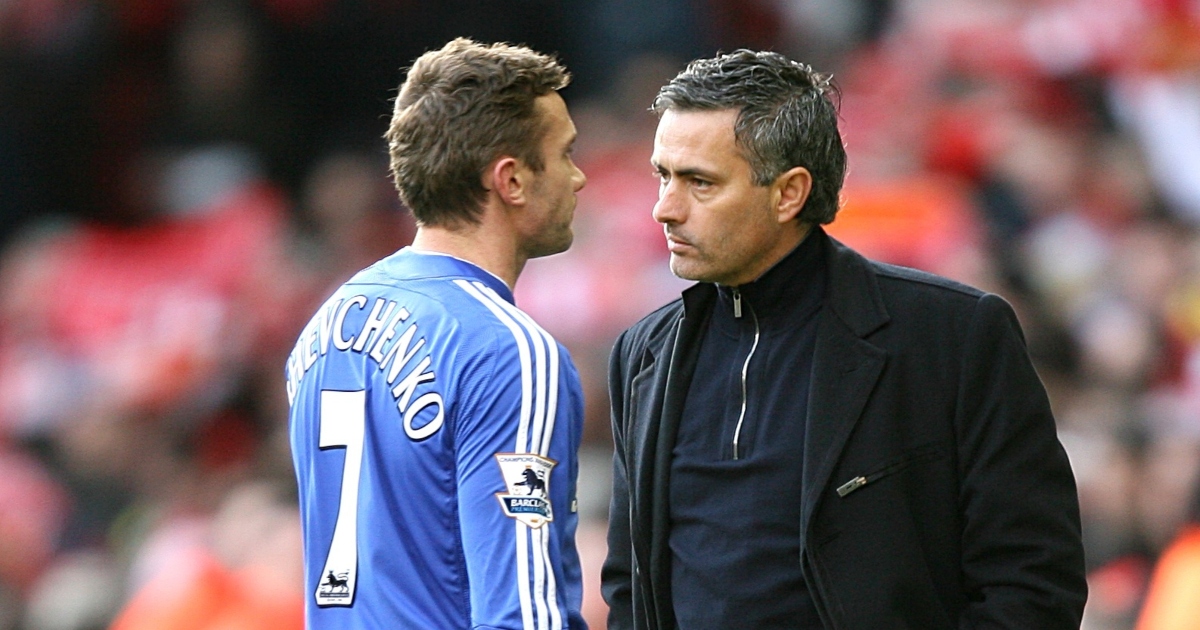 READ: Remembering when Shevchenko caused Roman and Jose to break up

Another big-money striker, Sutton was actually Chelsea’s record signing when he joined from Blackburn, though they could probably have got him for less than the £10million they paid.

“I started poorly, I missed chances, I lost confidence, and I feel I let Vialli down,” Sutton has told us.

“I thought he was a really good man, and I don’t think spending £10million on me that season really helped his managerial career.”

Sure, some of us thought £50million was a bit steep for Torres in 2011, but he was still a proven Premier League goalscorer with a World Cup winner’s medal.

They certainly can’t have expected him to take 14 games to score his first goal for the club, or to end up with just 20 goals in more than 100 league games.

His poor form even caused Chelsea to appoint Rafa Benitez as a Torres whisperer, which made things worse, if anything.

Juan Cuadrado has had great moments for Juventus and Colombia and was all-around brilliant for Fiorentina, but it never happened for him at Chelsea.

Not that he had much of a chance. The South American arrived for £26million, but Jose Mourinho seemed to have no plans to actually integrate him into the team, sending him out on loan after less than a season at Stamford Bridge.

His final Chelsea game came in August 2015, ensuring he left with an average of one trophy for every 7.5 appearances.

Yeah, maybe they should have been more patient with this one.

Schurrle has a Premier League hat-trick to his name and scored in a World Cup semi-final while on Chelsea’s books, yet this still feels like a disappointment.

As is often the case with an exciting forward at Stamford Bridge, we can probably blame Mourinho, who used the break between the German’s two seasons to sign Diego Costa and Cesc Fabregas and effectively bypass the need for him entirely.

Another legal dispute? Yes, but this one’s different – Chelsea ended up with the worst possible outcome.

Leeds United accused the Blues of tapping up their youth players in a saga which led to Woods and Taiwo move to London at 16, with the ensuing argument resulting in the Blues paying £5m in compensation for the duo.

Woods played a total of 23 minutes for Chelsea and is now at South Shields. Taiwo, who retired due to injury, didn’t even make it onto the pitch.

Spending £5million on a player and getting eight years of service out of him sounds good on paper. When you look closer, though, Piazon probably didn’t hit the heights expected of him.

The Brazilian, who joined from Sao Paulo, made just three first-team appearances – and only one of those, a 16-minute run-out in 2012, was in the league.

A sad story here. Once considered close to Cristiano Ronaldo’s talent levels, Paim joined on loan from Sporting in 2008 in a move which was supposed to help him kick-start his career, but it never happened.

The Portuguese never played a first-team game for the Blues and admits things changed after he got his first big contract.

“When you have a lot of money, you need a support system around you. I would have done it differently, if I could,” he would later admit.

Another in the long line of young talents who Chelsea broke the bank to sign, Sinclair was just 16 – and with Football League minutes under his belt for Bristol Rovers – when the Premier League club came calling.

A tribunal ruled that Chelsea would have to pay a significant amount if the winger hit a number of performance-related milestones. Reader, he did not hit those milestones.

He was given Premier League minutes by three different Chelsea managers – that’s good. Those came in the form of one start and four substitute appearances – that’s bad.

Looked like he was capable of repaying the hefty transfer fee, but off-field matters meant it didn’t work out.

“I had some very difficult personal problems during my time at Chelsea,” he would later tell FourFourTwo.

“My family lost two children. Emotionally, it was very, very hard to go through all of that on a personal level.”

Not Chelsea’s fault, this one.

Reminder of how much @Crespo loved Chelsea. So sad that London coincided with tragic times for him and his family. pic.twitter.com/CMy3Cf2zdW

Chelsea have made a fair few signings from elsewhere in the Premier League, taking promising English players and holding them back, but for some reason, it looked like it might be different with Parker.

We were wrong, of course. Twenty-eight games, one goal, moved on after one season. He didn’t stop being good, though, as his later performances with West Ham and Tottenham showed.

Will only play 23 games before spending most of his four years back in Italy on loan, they never said.

READ MORE: 11 players Chelsea missed out on signing – and who they got instead

TRY A QUIZ: Can you name Chelsea’s 15 most expensive transfers in history?