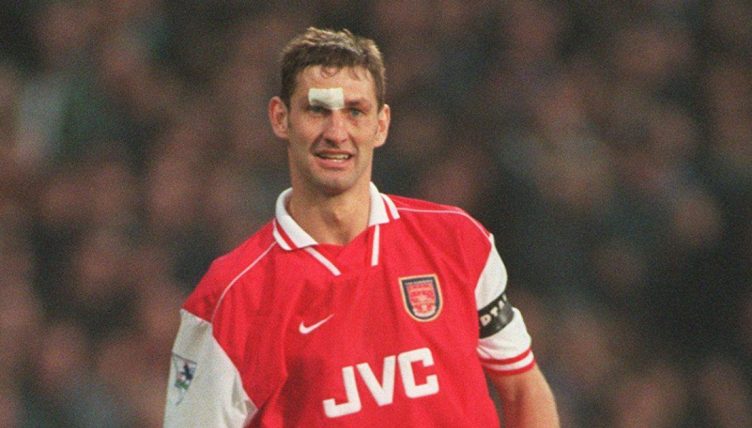 If you haven’t noticed already, we’re rather fond of 1990s football.

The decade was full of brilliant players, wonderful kits and iconic moments, but it was also notable for some glorious examples of crapness.

Thanks to the sensational work of Twitter account @crap90sfootball, we’ve picked out some of the best 90s football hilarity.

Even Brazil were affected

And that’s what you get for trying to show off. #Brazil #Denmark #France98 #WorldCup #Redux #Crap90sFootballpic.twitter.com/xvYBgeKGyM

Hooray! It's another goalmouth scram…

Even the mascots were crap…

Why Tony Adams was a defender…

Man of the match champagne was different

Every post match interview should end this way. pic.twitter.com/ZpPc3DZFKn

I’m looking forward to seeing where this features in @90sfootball’s #Greatest90sGoals. It’s a no brainer. pic.twitter.com/kLPAh0GZi2

We’re still trying to work this out

Ahead of #nonleagueday2017, let’s see what the standard was like in the 90s.pic.twitter.com/ZmteFbu6Jl

When you accidentally take control of your 'keeper on FIFA and panic. #BarnsleyFC #CAFC #Crap90sFootball #Reduxpic.twitter.com/AA9GKkuTVj

The Theatre of Dreams

Old Trafford. 1992. A sudden outbreak of #crap90sfootball in #mufc is fatally caught by #ncfc.#redux pic.twitter.com/67uiz2xSwX

So much to take in