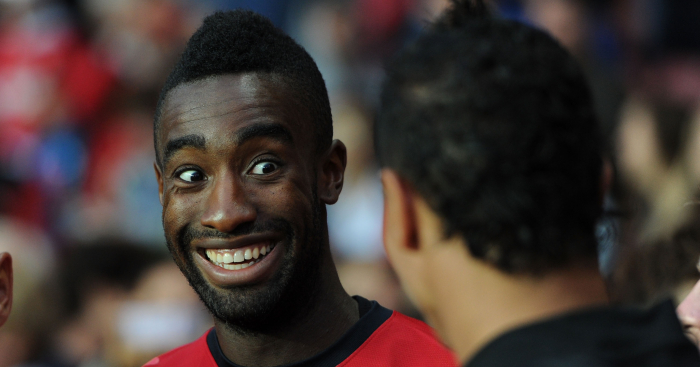 Former Arsenal, Chelsea and Newcastle United players have been on the move this summer in transfers which might have passed you by.

While the riches of the Premier League mean we are still in the midst of silly season in England, a host of intriguing deals have been completed on the continent.

We’ve taken a closer look at 17 transfers which have caught our eye.

Former Real Sociedad left-back Berchiche has made the brave move of joining the Basque outfit’s bitter rivals Athletic Bilbao in a deal worth around €25million.

The 28-year-old became leapfrogged Layvin Kurzawa to become Unai Emery’s preferred left-back at PSG last term but was allowed to leave by Thomas Tuchel in order to meet FFP regulations.

Deemed too small by Atletico Madrid in his youth, Rodri has made his former club live to regret their decision having rejoined them in another deal which could reach €25million.

According to Marca, the midfielder is “considered the natural replacement for Sergio Busquets in the Spanish national team” – and Barcelona even expressed a late interest in the player, only for Atleti to seal the deal.

Giaccherini was simultaneously a favourite of Antonio Conte’s in the Italy set-up while being a reject at Sunderland, ending a two-year spell at the Stadium of Light to join Napoli in 2016.

The 33-year-old was loaned out to Chievo for the second half of 2017-18, helping steer the brilliantly nicknamed Flying Donkeys away from relegation danger – scoring a sublime volley against former club Bologna in the process.

Giaccherini went on to express his desire to remain at Chievo on a permanent deal with a dig aimed at Maurizio Sarri, which possibly helped speed up the process.

Barcelona’s transfer business has been headlined by Brazilians. Arthur and Malcom have arrived, while Paulinho has left the Nou Camp.

Another eye-catching deal has been the £32million capture of Sevilla defender Lenglet, who has signed a five-year contract with the club.

Not wanting to heap too much pressure on the 23-year-old, Barcelona have described Lenglet as “one of the most promising defenders on the planet”.

The only Portuguese footballer to join a club other than Wolves this summer, Juventus have paid £35.5million to land Cancelo from Valencia.

Cancelo already has Serie A experience, having spent last season on loan at Inter, and the full-back now has the added bonus of a certain Cristiano Ronaldo to cross the ball to.

Kalinic has had an interesting summer to say the least.

The former Blackburn striker was sent home from the World Cup without playing a single minute. Croatia’s coaching staff refused to believe his excuse that he had an injury, and the 30-year-old ultimately refused to accept a silver medal as his country made the final in his absence.

Meanwhile, AC Milan have made Kalinic’s loan move from Fiorentina a permanent deal, but he could still be set for a transfer to Atletico Madrid, although talks have reportedly stalled.

Inter already possess one of the best Argentina strikers to not make the World Cup in Mauro Icardi, and they can now pair their star player with another in Martinez.

Atletico Madrid were expected to sign Martinez, but they upset Racing Club when the forward allegedly underwent an unauthorised medical last year.

The 20-year-old scored 13 goals in 21 appearances last season and broke into the Argentina team, albeit his solitary cap to date was an unhappy experience as La Albiceleste were beaten 6-1 by Spain.

The “heir to Maldini” was how a young Santon was described by Marcello Lippi as he broke into the Inter first team.

Sadly, injuries and inconsistent form means the full-back has failed to live up to such potential in two spells at the San Siro which were punctuated by four years at Newcastle.

Santon’s time at Inter has ended unhappily, with the 27-year-old receiving death threats after a 3-2 loss to Juventus in April.

The defender has now joined Roma as part of the deal which saw Radja Nainggolan move in the opposite direction.

A name Arsenal fans may recognise, Sunu was among the band of youngsters to appear in the League Cup under Arsene Wenger.

The forward went on to carve out a career in Ligue 1 with Lorient, Evian and Angers but will play abroad for the first time since leaving Arsenal after he joined Turkish side BB Erzurumspor, who were promoted to the top flight via the play-offs last season.

READ: Where are they now? Arsenal’s 49 League Cup youngsters since 2007

Following an impressive World Cup in which he helped Croatia finish as runners-up, Rebic has been linked with a big-money move to a host of clubs.

According to Bild and the Daily Mail, Manchester United have made contact with Eintracht Frankfurt about a potential deal, which could cost around £44million.

Frankfurt would be playing a blinder to get such a fee for a player who only actuall joined the club in a permanent transfer from Fiorentina earlier this summer.

The winger has spent the last two seasons on loan at the Bundesliga outfit, who could be set to make a big profit on the €1.8million they paid to make him their own.

Bayer pulled off something of a coup when they won the race to sign Brazilian wonderkid Paulinho from Vasco da Gama.

The forward, 18, has been in the first-team set-up at the Brazilian club for the past two years and has signed a five-year contract with Bayer, who have a proud history of Samba stars.

“The club has a great reputation back home, and everybody knows Leverkusen as a place where a lot of Brazilians have been happy.

“I think it’s important to fully consider a move abroad, which is why I’ve chosen a club that works seriously and still has great ambitions. I want to get to know the whole of Europe with Bayer.”

Remy featured in an edition of this article after the January transfer window following his loan move to Getafe from Las Palmas.

The former Chelsea and Newcastle striker had scored scoring five goals in 12 appearances at Las Palmas but fell out with coach Paco Jemez.

Having scored three goals in 11 appearances at Getafe, a return to Las Palmas was never on the cards, and his has returned to his native France for the first time in five years by signing a two-year deal at Lille.

Maybe it would have been different had he joined Liverpool rather than Chelsea. 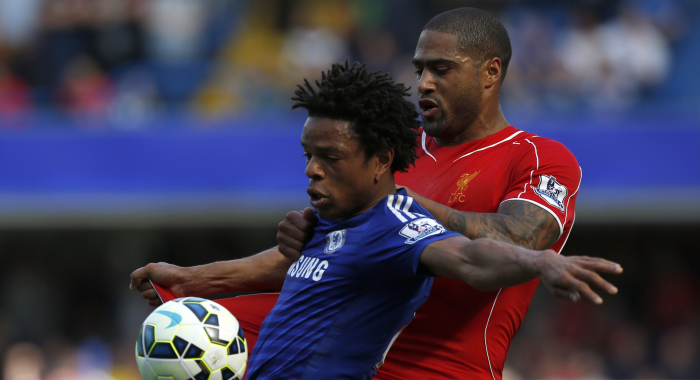 READ: Eight transfers Liverpool missed out on – and who they signed instead

A cult hero at Southampton, but less so at West Ham, Fonte made just seven appearances for DL Yifang in the Chinese Super League – including an 8-0 defeat on his debut – before terminating his contract at the club.

The defender was keen on a return to the Premier League but has instead joined Remy and co. at Lille after playing in all four of Portugal’s matches at the World Cup.

A true Football Manager great of a left-back, if you had the money, prising Criscito away from Zenit would be one of your first objectives.

After seven years in Russia, the 31-year-old has returned to Genoa on a free transfer for a third spell.

One among the most excited young players in Europe, Gourcuff was dubbed the successor to Zinedine Zidane and became the best-paid player in France when he joined Lyon from Bordeaux in 2010.

A litany of injuries – he once hurt his hand high-fiving Alexandre Lacazette and sprained his ankle while walking his dog – has seen the gifted attacking midfielder fail to fulfill his potential.

Now 32, he has spent the last three seasons back at his first club, Rennes, but was released at the end of the campaign and has joined Dijon.

We’ll be keeping a close eye on whether he can *sideways glance to camera* cut the mustard.

Sadly we couldn’t include Philippe Senderos, who is settling down at Houston Dynamo, so we’ve gone for the next best thing.

Djourou appealed to FIFA to be allowed to leave Antalyaspor after claiming he had been unpaid for three months.

The former Arsenal defender secured his exit by signing a one-year deal at newly-promoted Serie A outfit SPAL after appearing in his third World Cup for Switzerland.

One of the most exciting young players in MLS, Davies grabbed the headlines earlier this year when he scored once and provided three assists for Vancouver Whitecaps.

Still only 17, the forward has agreed to join Bayern Munich in a deal potentially worth £18.8million, which would make him MLS’s most expensive player.

“As a kid, I always dreamed of a moment like this,” Davies said. “Now that the dream has come true, the work continues as always.

“I have to keep pushing and keep striving, and also keep being me on the field. Ever since I joined the ‘Caps when I was 14, they moulded me throughout the years into the pro that I’ve become.”