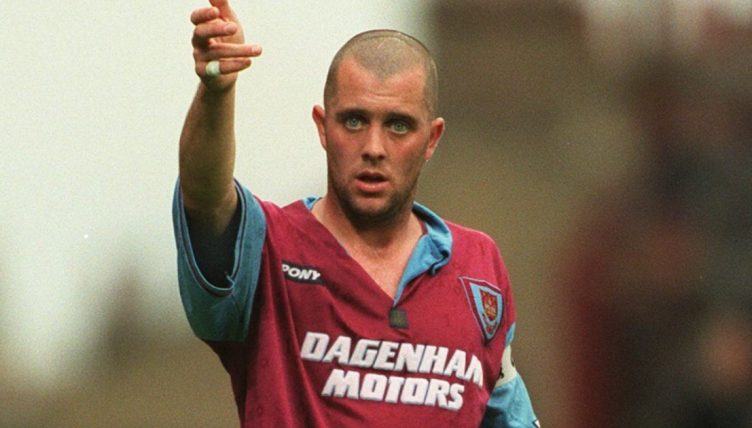 Former Arsenal, Chelsea and Manchester United players are among those to have gone on to have some surprisingly normal careers since retiring.

Footballers nowadays seem to have it easy, retiring and falling into a career either coaching or working as a pundit.

However, it is not that easy for everyone, and a lot of memorable players have gone on to less-than-memorable professions…

After retiring as Blackburn’s all-time top scorer, Garner was at a loss for what to do next. After spells as a mortgage broker and a postman, he settled for life as a painter and decorator.

“You think you’re going to play forever,” he said. “But then you’re 35 before you know it. It’s a whirlwind life, from scoring hat-tricks against Manchester City to damp Tuesday nights in the depths of the old Third Division.

“I didn’t dwell on the career change too much; I had to get on with my life and earn some money. I don’t miss playing as much as I thought I would. Life goes on.”

Ripley won two England caps and a Premier League title in the 90s before retiring and heading to university, where he studied French, criminality and law.

Going on to learn about the business of football and work in sports law, Ripley worked as a solicitor before going on to teach law.

“Football’s not real life, and if you do move away from it, you get a different perspective and a different grasp on things,” he said.

“The rhythm of your life changes completely. When you’re playing, you’ve got two potentially very big highs within a week. That’s a huge adrenaline rush. When you retire, that’s very difficult to replace. You’ve got to find another goal in life.”

Winning back-to-back promotions with Manchester City, Whitley retired in 2010 aged just 30 after struggling with drug and alcohol addiction throughout his career.

He overcame those issues, with the help of Tony Adams’ Sporting Chance clinic, and began his new career as a used car dealer in Stockport.

“Half the time you end up talking about football more than the car,” he said. “I get asked for autographs now and again. I even had a gentleman come in to buy a car because he found out I was working there.”

Brother Jim progressed through the City ranks as well, and also performed a complete U-turn in careers as he turned his hand to performing in musicals. 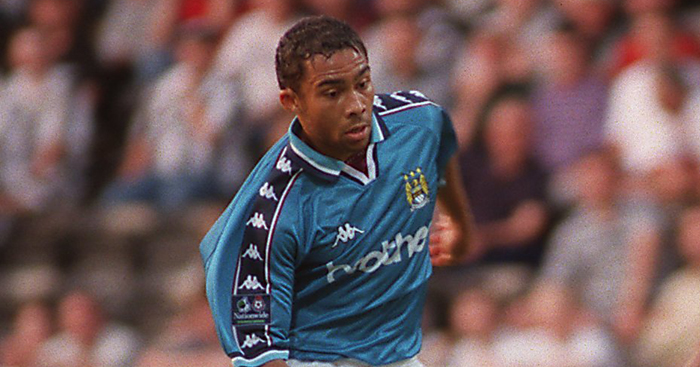 Former Chelsea and Southampton defender Monkou retired in 2003, and with his family’s history of running a bar bistro, he wanted something similar.

A local pancake shop was for sale, and he thought ‘why not?’, purchasing the shop and running it as a family business, eventually giving it up in 2009 after his travelling between Holland and the UK became too much.

Now 53, he regularly works on Chelsea TV and is currently an ambassador for the Show Racism The Red Card campaign.

“It’s quite a difference, from playing to standing behind the stove flipping the pancakes,” he said. “It’s good, though, and for me it’s sport.

“Once you’re busy it gets you going and you’re trying to make 150 pancakes a day. I don’t reckon any of the present players would do it.”

After winning multiple trophies at Arsenal, Hillier retired in 2002 after his release by Bristol Rovers, and after failing three interviews, he eventually landed a job as a firefighter.

“When you save a life or go into a particularly hostile environment, there’s an adrenaline buzz,” he said. “It’s exhilarating. There’s adrenaline in football, too, of course, but you’re more accustomed to it.

“Firefighting is a team job, you do everything together. It’s just like being a footballer, but on about 100 grand a year less.”

Belgian Albert is remembered fondly as a legend on Tyneside, and one particular highlight is *that* lob on Peter Schmeichel.

However, he was quick to put his football career behind him and began a career running a fruit and veg business in his homeland.

“I wanted to have a normal life,” he said. “I don’t particularly like talking about my football career because that is the past.

“The most important thing is the future. I have been very lucky to have success outside of football. That makes me most proud of myself.”

May commanded £1.2million when Manchester United signed him from Blackburn in 1994.

One of the jokers of the dressing room, he said: “When I wasn’t greeting Jordi Cruyff with ‘Dos San Miguels you dago b*****d’, I’d urinate down team mates’ legs in the shower, cut the laces out of Nicky Butt’s new trainers or put Deep Heat in the kitman’s shorts.

“And some saw my biggest joke as getting in most of the photos when United won the European Cup. Although I didn’t play in the final, I was proud of my contribution to the treble.”

“After retiring in 2004, I formed a partnership to import South African wine with a friend and it’s gone well ever since,” he said in 2007, but two years later May revealed he “knocked it on the head because the lad I was with was a complete pr*ck.”

Horne enjoyed an 18-year career playing for the likes of Southampton and Everton, before going on to become chairman of the PFA.

Nowadays, however, he works at The King’s School in Chester, where he teaches physics and also works as Director of Football, whatever that means.

Coming through the ranks at Manchester City alongside the likes of Micah Richards and Nedum Onuoha – and twin brother Jonathan – D’Laryea was forced to retire early after a number of injuries and a heart scare.

He moved into teaching, and is now head of maths at a school in Manchester.

“We’ve got some young lads who say ‘I just want to be a professional footballer,’ and it’s good then for me to speak to them and to say ‘Don’t give up on your dream, but also be realistic’ – I try to do a bit of mentoring in that sense,” he told us. 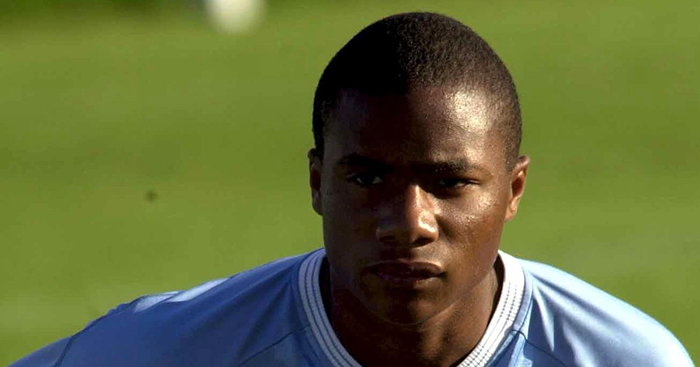 READ: The story of the ex-Man City Academy graduate now a head of maths

Ever since retiring in 2004 following a knee injury, he and his wife have run a successful bed & breakfast in his hometown of York.

Former Wigan and Portsmouth captain De Zeeuw planned to play football in England for a couple of years and return home to become a doctor, but he ended up staying much longer than anticipated.

Returning after a 13-year career in English football, he found it difficult to pick up his medical studies again so instead turned his attention to work as a police detective.

“I thought about it long and hard,” he recalled. “I thought: ‘I’ve already had a change of career. Why not again?’ Before I became a professional footballer, I had a nickname: The Peacemaker.

“I was once recognised at work. We were interviewing a suspect about numerous burglaries and the guy said: ‘I know you. You used to be that footballer who played in England!’ So we chatted about football and then carried on discussing the crime.”

Among the most random of employments is former Tottenham and Nigeria winger Chiezodie, who went on to work in bouncy castle rentals after ending his playing career in 1992.

Running his own company, he rents out various inflatables and animals for children’s parties.

It just reminds us of this…

Winning the European Cup with Aston Villa in 1982 and earning an England cap in the process, Spink looked set for a strong coaching career having managed Forest Green and worked under Steve Bruce at Wigan, Birmingham and Sunderland.

“I was ready to come out of full-time football,” he said. “It had become very demanding.

Following his sacking from Sunderland, Spink and a friend hired a van to take his belongings from his temporary home back to the family home in the Midlands.

“We were pootling along the motorway with a van full of gear thinking ‘hmmm, this isn’t too bad’. Since I started driving the van, I’ve loved it. We’re nationwide, so we go anywhere. The reward is trying to make a success of the business.

After retiring in 2001 following a career which saw him make 57 international appearances for Sweden and enjoy a brief spell at Sheffield Wednesday, Ingesson returned home to take his “dream” job.

He became a lumberjack, before being diagnosed with cancer in 2009. After initially being cleared, he took up a coaching role with IF Elfsborg, becoming their manager in 2013 before his tragic death just a year later.

“When I quit West Ham I had enough money in the bank to never work again. Then, in 2001, I got divorced and my wife took it all.”

It wasn’t straightforward for popular West Ham player Dicks, who was forced to retire in his 20s due to an injured knee, but fortunately he and his wife had set up a number of dog kennels prior to their divorce.

After the kennels, Dicks attempted to become a professional golfer, but his knee also prevented that, and he ended up running a pub, before a stint as Slaven Bilic’s assistant at West Ham.

He’s not done being a really hard b*stard though. “Golf’s meant to be a gentleman’s sport,” he said. “But I tended to lose my rag when I fluffed a shot. I ended up smashing loads of my clubs. That’s me though.”

One of the most understated members of the squad, left-back Wilson helped England to the World Cup in 1966.

Playing for Huddersfield, Everton, Oldham and Bradford City, he briefly managed the latter before surprising his former team-mates by pursuing a career outside of football, running a successful undertaker’s in Huddersfield up until his retirement in 1999.

Former Newcastle, QPR and Chelsea man Peacock had amassed a decent media career for himself following his retirement, but working for the BBC at Euro 2008 would prove to be his last role.

After the tournament, he jetted off to Canada to study with the view of becoming a pastor.

“I was reading the Bible – as I had done for many years – when I sensed a burning inside, not just to read it but to teach it,” he explained. “There was a desire to do it. But also a compulsion.

“It was a complete cut-off, a bit like an amputation. There was a sense of loss. But when there’s something greater, it fills that sense of loss. So I’ve learned to deal with that and cope with that.”