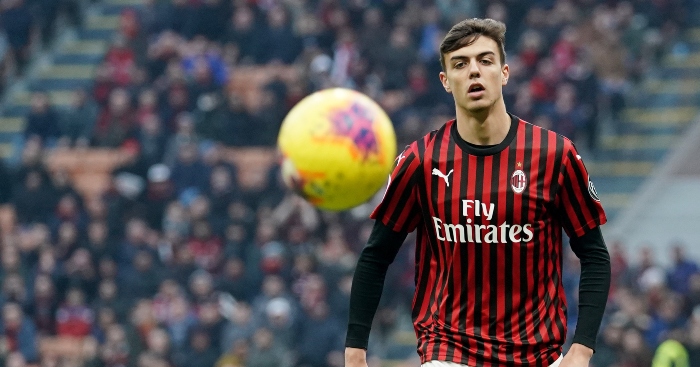 When Daniel Maldini made his AC Milan debut, it made a lot of us feel old, but it’s not the first time such a thing has happened.

Plenty of you will have seen his father Paolo in action for the Rossoneri, while there will be some of you reading this who remember Paolo’s father Cesare, either as Italy manager or as a player in his own right. When you look to the north and see another famous son, Erling Braut Haaland, tearing it up in Germany, the sensation of feeling ancient hardly disappears.

Daniel will have done brilliantly if he’s able to even approach the level of his old man, but other players have followed their fathers into the game and outshone them significantly.

Periko Alonso was an accomplished player and a member of the Real Sociedad squad which won back-to-back Spanish titles in the early 1980s.

Both his sons also played for La Real before both moving to England, but Xabi did substantially better than brother Mikel.

The midfielder outdid his dad in terms of Spain caps (114 to 20), international trophies (three to none) and, eventually, domestic titles (four to three, although Periko wins 3-1 if we’re counting La Liga alone).

Xabi Alonso dazzled us at clubs such as Real Madrid, Bayern München and Liverpool, and will forever be known as a gentleman of football. But did you know his father, Periko Alonso, was/is a hero at Real Sociedad? A Spain international, he won LaLiga with La Real in 81 and 82 pic.twitter.com/cdHUNhLyzw

There are plenty of De Jongs in world football, from Barcelona star Frenkie to Canadian international Marcel, but World Cup veteran Nigel was the most recognisable for a long time.

The Dutchman wasn’t the first in his family to play professionally, though, as father Jerry played three times for the Netherlands during a career which took in spells at PSV and Caen.

Nigel could top that, though, playing 81 times for the Oranje, including in a World Cup final. He’s still going strong, too, currently playing for his sixth different club since leaving Manchester City in 2012.

One of three Dos Santos brothers in football, Gio has achieved more in the game than siblings Eder and Jonathan.

He also outdid father Zizinho, who had a decent club career but never won an international cap for his native Brazil.

After spending most of his career in Europe, the 100-cap Mexican international moved to Club America in his homeland in 2019.

One of Uruguay’s most accomplished players, Forlan is the son of another international footballer, Pablo.

Forlan senior was a defender, not a forward, but he turned out for his country at the 1966 and 1974 World Cups and was on the bench for a group stage meeting with eventual champions England at Wembley.

Diego also watched on from the sidelines against England, in his case in 2014, and ended his career with 112 international caps to his father’s 17.

Thierry Hazard might not have had an illustrious football career, but he left a big legacy.

The defensive midfielder played for La Louviere and Tubize in his native Belgium in the 90s but didn’t leave a huge imprint… unless you include the three sons born during his playing career and the one who arrived shortly after.

Eden and Thorgan Hazard are both full Belgium internationals, the former starring for Real Madrid at club level, while Kylian and Ethan have also followed the path trodden both by Thierry and by their mother Carine, who was a striker in her playing days.

Oliver Kahn achieved a great deal as a player, winning the Champions League with Bayern Munich and reaching a World Cup final with Germany.

His father Rolf didn’t play for his country beyond youth level, though he did score more professional goals than his son – probably because Oliver was a goalkeeper.

Both started their careers at Karlsruhe, while Oliver’s brother Axel also came through the club’s academy.

On this day in 2001, Bayern Munich beat Valencia on penalties and won the Champions League! 🏆

Klose is one of a couple on this list with different international allegiances to his father, having been born in Poland but represented Germany.

Josef Klose, Miroslav’s father, played in Poland and France, moving to Auxerre when Klose junior was a baby.

With more than 100 Germany caps and 71 goals, Miroslav can probably be happy with his career choices.

Not only was Niko Kranjcar a better footballer than his father Zlatko, but he played some of his best football under his old man.

Zlatko was an accomplished striker at club level but got little in the way of international recognition.

However, when he took charge of the Croatia national team it coincided with Niko showing the midfield form which earned him a move to Portsmouth and an eventual six uninterrupted seasons in the Premier League with them and Spurs.

Kranjcar senior has continued his managerial career since leaving the national job in 2006, having managed several club sides as well as the Montenegro national team.

Remember when Lampard was coming through at West Ham, and we all called him ‘Frank Lampard Junior’ so as not to confuse him with his more famous father?

Well, that soon changed, with the midfielder quickly surpassing his dad’s two England caps and becoming one of the most celebrated English players of his generation.

Jari Litmanen’s father Olavi played for the club which would become FC Lahti, and Jari himself played there at the start and end of his career. This is where the similarities end.

It also included a Champions League title with Ajax, something his father never managed to earn, and more than 100 Finland caps.

A hugely decorated player in Armenia and beyond, having played in the Premier League for Man Utd and Arsenal, Henrikh Mkhitaryan is not the first of his name to enjoy a successful career.

His father Hamlet was a trendsetter, as one of the first Armenians to play in a western European league, but was forced into retirement by a brain tumour and died aged 33.

“It was my dream to continue his work and to also be a football player,” said Henrikh, who now captains the Armenia national side.

The Paris Saint-Germain forward still wears ‘Neymar Jr’ on the back of his shirt, in acknowledgement of his father’s own professional career.

Neymar Sr spent his career in Brazil, mostly lower down the pyramid, but became his son’s agent after retiring from the game.

In this capacity, the PSG man’s dad played a big part in his world-record move from Barcelona in 2017.

Not only was Pulisic’s father a player in his younger days, but he spent a lot of time in the coaching system in the US.

Mark Pulisic was an indoor soccer player, scoring countless goals for Harrisburg Heat after beginning his career there before the advent of MLS, and has since coached at colleges and professional clubs in the US and Europe.

Christian, the latest talent to emerge from the east coast family, played at Borussia Dortmund while his dad was on the staff before becoming the most expensive American ever when he moved to Chelsea.

Another two-country example, David Trezeguet ended up choosing France after being born in the country while his father Jorge was playing for Rouen.

Jorge was a defender who spent most of his career in his native Argentina, where David was raised and where he returned in 2012 to play for River Plate.

The striker’s time in Europe saw him score more than 100 goals for Juventus and win two major trophies for France, scoring the winner in the Euro 2000 final. 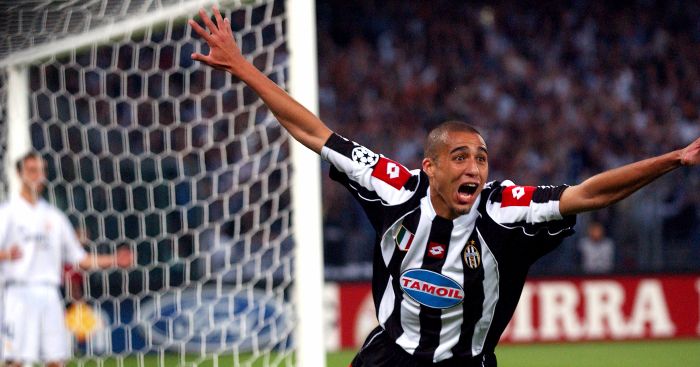 ‘Seba’, who struggled at Manchester United and Chelsea but thrived almost everywhere else, was the son of fellow Argentina international Juan Ramon Veron.

Juan Ramon spent most of his career at Estudiantes, where Juan Sebastian enjoyed four separate stints during his playing career – all but one after thriving for Parma and Lazio in Italy.

Both men are still involved with the La Plata club, with Juan Sebastian taking over as chairman after hanging up his boots.

If you’re wondering how a superstar Italian footballer had a love for cricket, it has a fair bit to do with his father’s playing career.

Roberto Vieri began his career in Italy but later moved to Sydney club Marconi Stallions, where Christian and his brother Max grew up playing with a bat and ball.

It’s a good job both eventually chose football, though – it would have felt like a waste if football had lost out on a goalscorer as prolific as the former Inter and Lazio man.

On this day in 1969, Roberto Vieri made his debut for Juventus. He played in 29 games and scored 4 goals for Juve in the 1969/70 season. And yes, he is the father of Christian & Max 😄 pic.twitter.com/Hgq6LxbH5O

Wanchope remains one of the most recognisable Costa Rican footballers of his generation, but he wasn’t even the first Wanchope to play for the Central American country.

Paulo’s father Vicente played 15 times at international level, scoring three goals, and played professionally for Herediano long before his son broke through there.

Paulo himself, meanwhile, scored 45 international goals and got more than 100 in an accomplished club career, before eventually going on to manage his country.