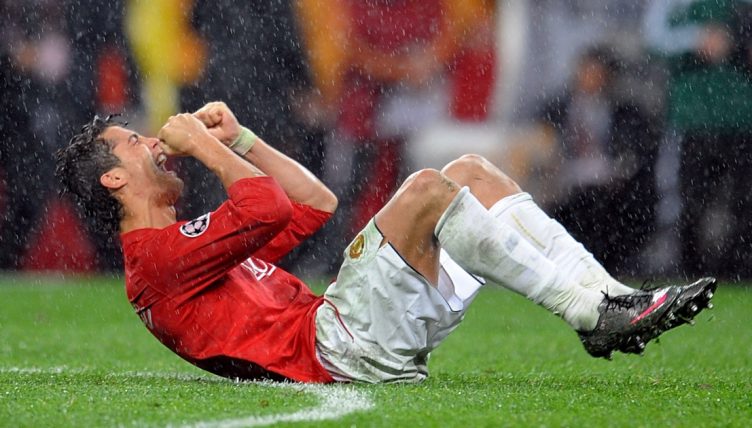 From breaking through at Sporting to making his name at Manchester United and ruling the world with Real Madrid, Cristiano Ronaldo has never been short of compliments.

From three consecutive Champions League wins, to the never-ending debate over who is better, Ronaldo or Messi, he is a man who is never far from a football fan’s topic of conversation.

And once again his name has dominated the headlines, with a sensational return to Old Trafford, after 12 years away whereby he’s enjoyed almost unparalleled success.

Here are some of the best quotes about Cristiano Ronaldo.

“Comparing Ronaldo and Messi is like comparing an Alien with a human. Ronaldo doesn’t have blood.”

“There are some things Ronaldo can do with a football that makes me touch my head and wonder how on earth he did it.”

“When you play with Ronaldo on your team, you are already 1-0 up.”

“Cristiano Ronaldo is better than George Best and Denis Law, who were two brilliant and great players in the history of United.”

“There have been a few players described as the new George Best over the years, but this is the first time it’s been a compliment to me.”

“We’ve had some great players at this club in my 20 years, but he’s up with the best.”

“Ronaldo can score with either of his feet, his head and now he is scoring with the goal at his back. I bet he can score on a wheelchair.”

“Ronaldo has come through for the past two or three years and is the best in Europe. I think at the moment no doubt Ronaldo is the best player.”

“The best player I have ever played against has to be Ronaldo. You cannot afford to take your eyes off him.”

“With Ronaldo in your team, you become the best midfielder automatically.”

“He’s six-foot something, fit as a flea, good-looking – he’s got to have something wrong with him….Hopefully he’s hung like a hamster! That would make us all feel better!”

“He has magic in his boots. The first thing you notice about him is that he is incredibly quick and very, very powerful for such a young man.

“He has great, close control and his technique is excellent. He believes he can do anything with the ball, and that confidence makes him very special indeed.”

[He’s] a world star in soccer like Michael Jordan was in basketball … They have both been blessed with a genius that has never been seen before.

“(Ronaldo) is always there scoring goals in all the games and taking part in his club and national side. He has been doing that for many years and whether he is at his peak or a bit below it makes no difference.”

“I have never played against anybody like that in my life and I was pleased to be taken off.”

“I’ve never tried to hide the fact that it is my intention to become the best.”