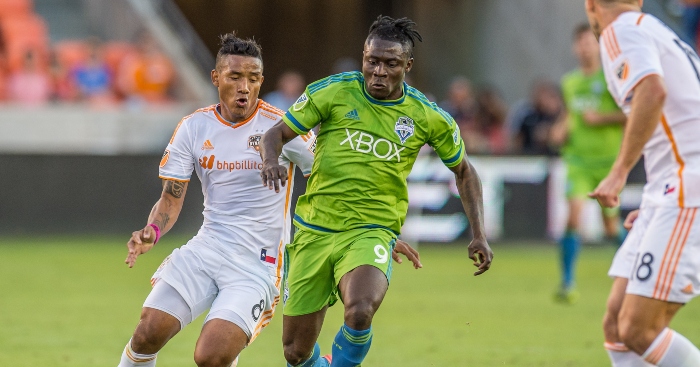 More than two decades have passed since the first MLS All-Star Game, and it has now become part of the pre-season furniture in the European football calendar.

We’ve moved on from those early East v West games, as good as they were, and ever since 2005 we’ve seen the North American elite pit their wits against giants of European football (and also Fulham one time).

Some of the names we’ve seen in the MLS squads have been predictable – the likes of Landon Donovan and Clint Dempsey have featured on multiple occasions, for example – but others have been a little more surprising. We’ve taken a look at some of the more unlikely names to earn a call-up.

In May 1999, when Matthäus walked off the Camp Nou pitch with Bayern Munich seemingly set for Champions League glory, it felt like he was finally going to win the trophy that had deserted him for years.

Perhaps it was Manchester United’s late comeback in Barcelona that encouraged him to keep going, and he joined the New York/New Jersey MetroStars in time to take his place in the starting line-up for the 2000 All-Star Game.

The German left the field with the Eastern Conference squad trailing 4-3 to their rivals from the West, but they turned it around after the break to secure a frankly preposterous 9-4 victory. Hopefully he didn’t get rid of that medal in frustration too.

An old Lothar Matthaus in his NY Metrostars days, 2000 pic.twitter.com/nPht3eUUWr

It’s not hugely surprising that Beasley has featured in the fixture – after all, this is a man with more than 100 caps for the United States.

What is surprising, though, is that two of his appearances came in 2001 and 2017, a full Freddy Adu at DC United apart from one another.

Another man involved in 2001 was former Chelsea and Scotland striker Spencer, fresh from a stint back home with Motherwell.

He was in the middle of a hot debut season with the Colorado Rapids, finishing the campaign as the third-highest scorer in all of MLS but still failing to take his team into the play-offs.

Spencer played 45 minutes but failed to score as the game ended in a 6-6 tie, the first ever time the East and West ended all square.

When looking through line-ups from the early 2000s, our wrestling-influenced minds did a double-take. Surely it couldn’t be the same Wade Barrett who joined WWE a few years later.

Obviously not, for two reasons: one, Wade Barrett isn’t the wrestler’s real name, and two, the wrestler was never a footballer.

This Wade Barrett was a left-back for the San Jose Earthquakes, who briefly played in Denmark and won two caps for the United States. Less exciting, isn’t it.

You probably haven’t heard of Henry Ring, but his story is a very strange one.

The goalkeeper played in 28 of Chicago Fire’s 30 games in the 2004 season, earning a spot in the MLS All Star team. At the age of 27, he should have been approaching his peak, but after being traded to FC Dallas in the close-season he simply never played again.

We tried to track him down and found that, according to LinkedIn, he made use of his degree from the University of South Carolina-Columbia and joined adidas in 2008, working in sports sales and partnership marketing. Good for him.

The reputation of MLS as a retirement league was alive and well in 2004, but while Herzog was 35 at the time, he’d been in his last Austria international squad just one year prior.

The Vienna-born player was LA Galaxy’s first ever European player and paved the way for the likes of David Beckham and Abel Xavier in the years after.

However, that 2004 campaign would be his last in MLS, or indeed in any kind of football.

A product of Juventus’ ‘interesting’ youth recruitment drive when he joined from Middlesbrough as a 20-year-old, the Irishman had failed to make it in Turin and left for Dallas Burn in 2002.

By the time he played in the All-Star game in 2006, the team had become known as FC Dallas and he was well on his way to 100 games for the franchise.

After quitting football in his late 20s and spending some time on Dallas’ coaching staff, he has moved into the world of golf, working as the course pro at Maridoe Golf Club in Texas.

We’re not sure why MLS had so much time for former QPR forwards, but after Spencer’s earlier call-up, Dichio was brought in as a reserve for the 2007 game.

The Londoner joined Toronto FC in 2007 and made enough of an impact for All-Star recognition, though he didn’t make it onto the pitch.

Dichio is now working as a coach with the TFC Academy.

Pat Onstad played his first game for Canada in 1988. He should not have been in the All-Star mix a full 21 years later, and yet…

When West Ham gave Ljungberg a £6million payoff to leave and never come back, most people assumed that would be it in terms of him making any meaningful contribution at a high level.

They were right, but he still made the All-Star squad as one of Seattle Sounders’ first ever players in Major League Soccer.

You might remember Moreno playing at the 1994 World Cup for Bolivia, and for Middlesbrough shortly thereafter.

Incredibly, he was involved in the All-Star Game more than a decade and a half on, by which time several of his former Boro team-mates were in their mid-40s or even older.

In a reversal of the above, Márquez played at a World Cup a full seven years after his All-Star debut.

He is also, as far as we’re aware, the only former All-Star to be accused by US authorities of having aided a drug kingpin. We haven’t looked into the backgrounds of every single player, though.

Beaten by a David Beckham free-kick in 1998, the Colombian was also a member of his country’s World Cup squad 16 years later.

In between, he found time for a spell in MLS with Philadelphia Union, surely making him the only player to be a team-mate of both Jorge Burruchaga and Freddy Adu.

We’re still stunned that anyone turned out for both New York Red Bulls and Gretna, but Collin is living proof.

The Frenchman has been an MLS regular since moving to Kansas City in 2011 and was even named MLS Cup MVP in 2013, the year he also made his first All-Star appearance against Roma.

Obafemi Martins was still playing professional football four years after that goal for Birmingham against Arsenal. He was playing well, too.

He played for the All-Stars against Bayern Munich in 2014, but sadly injury ruled him out of the meeting with Tottenham 12 months later.

Injury put paid to the defender’s hopes of playing in the 2016 game, but he did end the previous season as an MLS Cup winner with Portland.

He’s now 35, which seems both too old and too young.

Speaking of players who spent time in the Midlands around 2010… yeah none of you remember his Wolves spell either.

The Belgian played in the 2017 All-Star Game despite being part of one of the worst LA Galaxy teams in recent memory, starting against Real Madrid but failing to stop Borja Mayoral opening the scoring.

Why, yes, we do mean the same Borja Mayoral who had scored twice in the previous season and would scored three league goals in the season after.