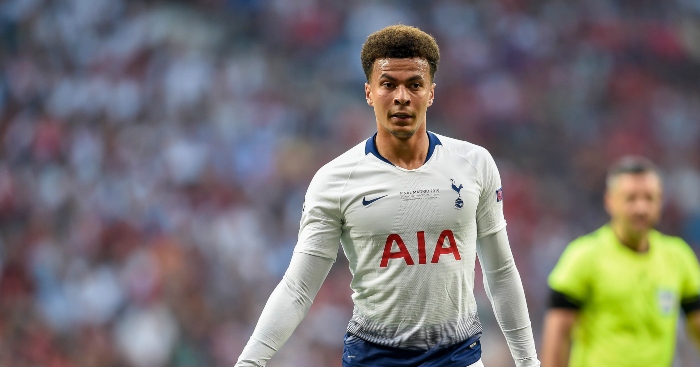 Tottenham haven’t always been a member of the Premier League’s elite, and so they’ve often needed to scour the transfer market for bargain buys.

Since the start of the Premier League era, the north Londoners have had an eye for a great deal, whether that meant taking a punt on a prodigious youngster or giving an older player their first shot at the Premier League.

Here are a few of the smartest pieces of business they’ve done since 1992.

Spurs manager Ossie Ardiles hailed Klinsmann as “one of the best players in the world” when the German arrived after the 1994 World Cup, and the £2million fee shrunk with every appearance.

The frontman hit 20 league goals in his one full Premier League season, before later coming back for a nine-in-15 loan stint, but his impact on the club went beyond the goals.

Without his arrival, we might not have seen supporters as open to foreign imports in the years that followed. Indeed, who knows if some of the others on this list would have arrived if attitudes had stayed as they were.

Ginola was hardly an unknown quantity, having starred for Newcastle United’s nearly-men in the 1995-96 season, so the £2.5million Spurs forked out on the Frenchman certainly feels on the low side.

He was able to fit some sensational performances into his spell in north London, earning him a PFA Players’ Player of the Year award in 1999, and arguably played his best club football in a Tottenham shirt.

Any move for a talented youngster is a bit of a gamble when you have no idea how they’ll progress, but the deal for Davies was well worth the sub-£1million fee.

The Welshman joined from Peterborough as part of a deal that also included Matty Etherington – who also did a decent job for Spurs before becoming the makeweight in a deal for Fredi Kanouté – and became a key cog in the Spurs midfield.

Davies was at Tottenham when he scored the most famous goal of his career, a strike for Wales in their victory over Italy, and he racked up nearly 150 games for the London club.

West Ham were reluctant to let Defoe go immediately after their relegation from the Premier League in 2003, but 15 goals in 23 league and cup games was enough to show he was worthy of playing at a higher level.

Spurs swooped in with a bid of £7million plus out-of-favour forward Bobby Zamora, and Defoe scored 64 goals in his first, four-year spell at White Hart Lane before netting even more when he returned from a year at Portsmouth.

West Ham did alright out of the deal, too, with Zamora scoring the 2005 play-off final winner that took them back to the Premier League.

Spurs did pretty well out of Leeds United’s 2004 relegation, with goalkeeper Robinson joining on the cheap a few years after frustrating Barcelona with a superb Champions League performance as a 21-year-old.

Robinson was already in the England set-up when he arrived and would go on to establish himself as No.1 for both club and country.

Sure, there might have been a few less-than-impressive performances, but to get a top international goalkeeper for that sort of money can’t be knocked.

West Ham were desperate to keep Carrick for their promotion push, even if Defoe was forced to leave early, but defeat in the 2004 play-off final meant he was on his way.

Spurs got two good years and a £15million profit from the England international, with his performances in the 2005-06 campaign very nearly propelling Martin Jol’s side into a Champions League spot.

Of course, they may still have some regrets after seeing how he stepped up to the next level at Manchester United.

Another recruit from Leeds, Lennon had a season at Championship level before moving south for not much at all.

The winger scored 30 times in more than 300 games at Tottenham, eventually leaving for Everton in 2015, and travelled to two World Cups with England during that spell.

One of his best goals for the club came early on in that stint, a winner in a come-from-behind win over José Mourinho’s Chelsea.

Seeing as the other ex-Leeds players did so well, you can’t blame Spurs for taking a punt on another of the Yorkshire club’s top talents.

Rose was an England Under-17 midfielder when he arrived and played the occasional game in the middle of the park at club level, but has since become an important player at left-back under Mauricio Pochettino.

His time at the club looks to be up after more than a decade, but the value they’ve got from the six-figure signing is immense.

If we’re talking about markups, the near-£80million profit Spurs made on Bale isn’t too shabby.

He might have taken a while to justify the money paid to Southampton for a player who had yet to play a minute of top-flight football, but his performances changed that long before he left for Spain.

Fifty-three goals in 204 games isn’t bad for someone who spent a lot of that time out wide and at left-back, but 26 in his all-conquering final season felt like it was worth millions on its own.

Walker looked like the real deal pretty soon after arriving in a deal alongside his Sheffield United colleague, with productive loan spells at QPR and Aston Villa cementing his status as ‘one for now, not just for the future’.

Spurs got 200 games out of the defender, turning him into an England regular, before Manchester City came along with a bid in the region of £50million that doesn’t even seem that excessive by today’s standards.

Looking back, Spurs being able to sign a player of Van der Vaart’s quality for that price at that time in his career feels preposterous.

Any suggestions that he wouldn’t be able to cut it in the Premier League were quickly dismissed as he helped turn Spurs into the sort of team that could go toe to toe with some of Europe’s best.

It’s just a shame he couldn’t stick around to do it for a little longer.

It’s not often you can get the reigning FWA Footballer of the Year for peanuts, but Spurs did just that after West Ham’s relegation in 2011.

Parker was coming off one of the best seasons of his career, and his influence helped his new club launch a title charge under Harry Redknapp – albeit one which eventually petered out.

He played 30 times in each of his two seasons at White Hart Lane, both of which saw Spurs cement themselves as a team capable of finishing in and around the top four spots.

An eight-figure fee for an Ajax defender in 2012 wasn’t as obvious a bargain as Parker at the time the respective deals went through, but Tottenham got a lot more value out of that particular deal.

The Belgian has already crossed the 250-game threshold and has been an integral member of the squad as Spurs have gone from strength to strength under Mauricio Pochettino.

Vertonghen isn’t just one of Spurs’ biggest bargains in the Premier League era, he’s one of their most important signings full stop.

Signed in the same window as Vertonghen, Lloris has been of similar importance in helping Spurs take themselves up to the next level.

He might have the occasional error in him, but you can’t knock a man who has won a World Cup and captained his side to a Champions League final within the space of 12 months.

If and when the Frenchman leaves, he’ll be very tough to replace.

Most of Tottenham’s summer 2013 signings went horrible wrong, most notably Paulinho and Roberto Soldado, but the deal for Eriksen went very, very right.

Another Ajax alumnus, the Dane took a little while to kick into gear, but his value to the team has only increased with time.

Sixty-six goals from six seasons isn’t too shabby for a midfielder, and that’s before you get onto the goals he’s created for team-mates.

Another bargain from the lower-leagues, Dele had already tasted first-team action as a teenager with MK Dons before Spurs snapped him up, and the decision to send him back on loan for half a season seems smarter by the day.

They got themselves a future England regular for the same price as more experienced flop Benjamin Stambouli, who joined a few months earlier.

The midfielder might not have matched his sensational 18-goal 2016-17 tally in the last two seasons, but his bargain status remains untouched.

Liverpool might have become the masters of signing relegated players in recent seasons, but Spurs got there first when Trippier joined from Burnley in 2015.

Initially brought in as competition for Kyle Walker, he’s been able to step into his predecessor’s shoes and hold off the more expensive Serge Aurier.

It’ll be interesting to see whether Pochettino opts to spend big on a replacement now that Trippier has moved to Atlético Madrid.