17 players who refused to play for their clubs: Scholes, Sterling, Dyer & more 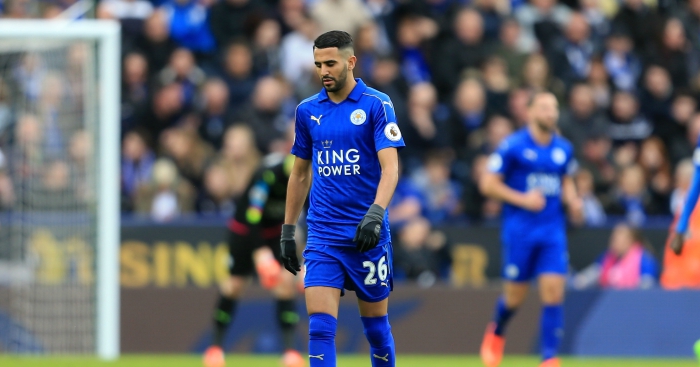 Chelsea, Leeds United, Liverpool, Manchester City, Manchester United and Tottenham have all experienced situations in which players have refused to play for them.

Managers have to deal with all manner of issues in charge of a football club – but having a player refuse to pull on the shirt must be right up there with the most infuriating.

From exiling themselves in another country to refusing to come off the bench, here are some of the most famous examples of footballers effectively going on strike.

Mahrez seemed to get things the wrong way around, striking after being denied the transfer he so desired.

He did not even report for training for Leicester after missing out on a move to Manchester City in January 2018, but after being two weeks’ wages he eventually returned to the team and was welcomed back by both team-mates and fans.

To be fair to Tevez, Roberto Mancini did apparently tell him to “go back to Argentina” after the striker refused to come on in a defeat to Bayern Munich.

The only trouble was, Tevez didn’t come back even after his club suspension had been lifted, staying in his homeland for two months before he eventually came back and scored a number of vital goals to help City win the Premier League title.

As if being one of the best players at Euro 2016 and one of the most exciting in the Premier League, as well as a fresh £100,000-a-week contract wasn’t enough, in January 2017 Payet decided he wanted to return to Marseille, and refused to play for West Ham.

He subsequently said he was bored of the defensive football Slaven Bilic’s side played. “You could say I was pissed off, yes,” he said. “I worked hard in every game without taking any pleasure.”

Still, he left supporters with some happy memories.

Who says ‘I want’ never gets? O’Brien vowed he would never play for Leeds again, and manager Simon Grayson did not try to persuade him otherwise.

”Andy O’Brien came to me on Friday and said that he no longer wanted to play for this football club,” Grayson said after his side beat Burnley in 2011.

”It came as a shock on Friday, but he won’t play for this football club again as long as I am here.”

In fact, he so desperately wanted a move to Sunderland that he refused to play for the Foxes.

It’s fair to say Claudio Ranieri did the Argentine a favour by not letting him leave.

Leonardo Ulloa, a man who went on strike to try and force a move to Sunderland is playing in a Champions League quarter final.

After refusing a number of new contract offers from Liverpool, it was blatantly obvious to everyone that Sterling wanted out, and wanted to head in Manchester City’s direction.

And when his club told him ‘no’, the winger simply refused to go on their pre-season tour.

Sterling’s agent, Aidy Ward, did everything to make the transfer happen, however, even to the point of calling Jamie Carragher a knob in order to force the eventual move to the Eithad Stadium.

Dyer labels it his “greatest regret” and says he “let Bobby Robson down”.

The midfielder refused to play on the right side of midfield in a match against Middlesbrough, during a run of results which led to Sir Bobby losing his job.

The great man even tried his best to cover for Dyer and apologised for not being able to protect him when the Newcastle fans booed him in the next game. 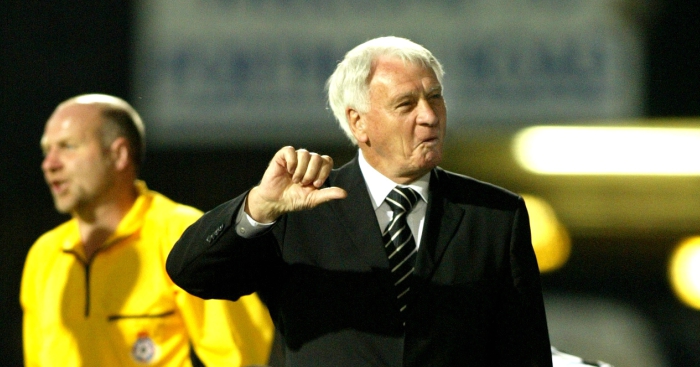 Playing in a No.10 role in order to accommodate new signing Juan Sebastian Veron, Scholes wasn’t happy but wasn’t exactly in the form of his life either – resulting in him dropping to the bench for a game against Liverpool in 2001.

Along with two other regular first-choice players, he was set to play the next match, a League Cup tie against Arsenal, but Scholes refused to be a part of the squad. He was fined heavily, but it didn’t affect his status at the club too badly in the end…

Sir Alex Ferguson claimed that Manchester United expected to sign Berbatov in the summer of 2008, which prompted an angry response from Spurs chairman Daniel Levy.

Levy played hardball, refusing to let the Bulgarian leave the club, prompting him to refuse to play in a London derby against Chelsea.

The Spurs supremo complained to the Premier League over United’s transfer dealings – a move which Sir Alex branded “embarrassing” – and eventually the striker moved for £30million on deadline day. 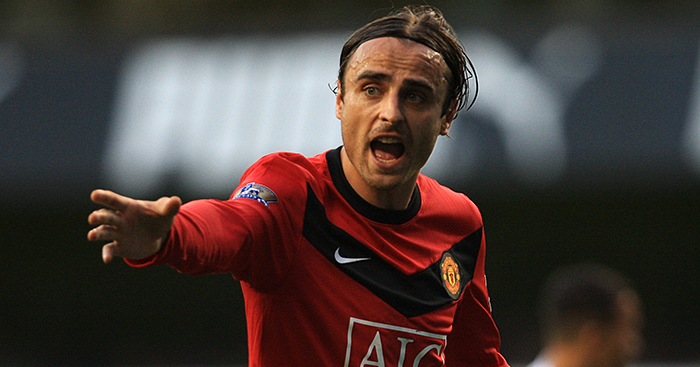 “Hi Diego, I hope you are well. Thanks for the season we spent together. Good luck for the next year, but you are not in my plan.”

It was nice of Antonio Conte to let Costa know, but texting him that was a little bit brutal, no?

Anyway, what ensued was a weird situation where Conte didn’t want Costa but also didn’t want to sell him, so the striker stayed in Brazil where he waited out a move to Atletico Madrid, which eventually went through in January 2018.

“The pair of us together were the top-scoring partnership in Europe in the Championship and we were really looking forward to doing our stuff in the Premier League together,” Van Hooijdonk’s strike partner Kevin Campbell told us. “Then all of a sudden Forest accepted a bid for me.

“I actually spoke to Pierre as he called me as I was leaving the country to fly out to Trabzonspor. He asked me. ‘Is it true that you are leaving?’ and said straight away. ‘I am not going back.’

“As we all know he stuck to his word and unfortunately the worst thing happened and he went on strike.”

The Dutchman in fact returned to his homeland for months, training with NAC Breda before eventually returning in November, though he couldn’t help prevent Forest finishing bottom. 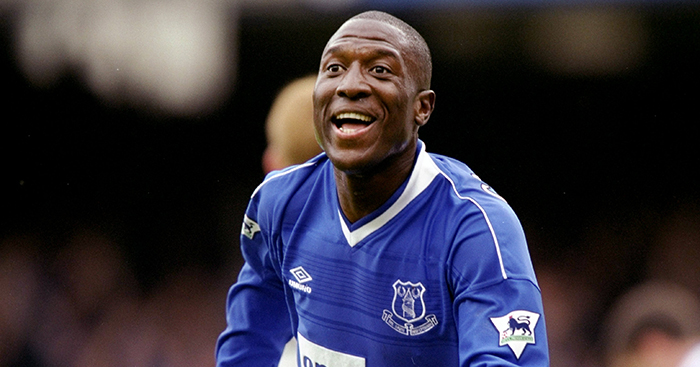 Rojo refused to train at Sporting when he tried to force through a move to Manchester United, bizarrely prompting Juan Sebastian Veron to get involved.

“Veron was like a strict father to me, scolding me,” Rojo recalled. “He called me one day when I had refused to train with Sporting and said, ‘Do not be stubborn. If Manchester United wants a player then they will not let you escape.’”

Even then he had to wait for his debut, after being initially refused a work permit because of an outstanding criminal charge in Argentina following a dispute with a neighbour in 2010.

After going on a three-day bender after Manchester United’s lost to QPR in January 1974, Best then returned only to be dropped and then go on strike.

Incredibly, he refused to play until November of that year, when FIFA oversaw his release. 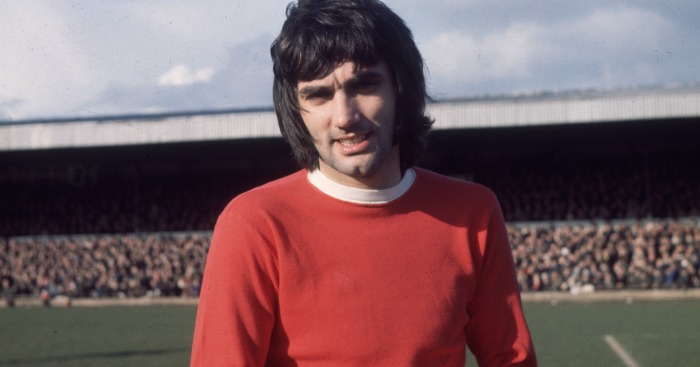 READ: The story of George Best’s double hat-trick & the keeper whose day he ruined

In 2006, Gallas decided Chelsea weren’t paying him enough money and that he wanted to leave6, but his club refused.

Not content with just going on strike, the Frenchman apparently told his manager that he would score own goals (yes, plural) or make deliberate mistakes if he were selected.

In the end he did Chelsea a massive favour, as his sale to Arsenal saw Ashley Cole move in the other direction.

Despite being half of the title-winning SAS partnership with Alan Shearer at Blackburn, Sutton only made one appearance for England – although that wasn’t helped by rejecting a call-up to the England B team.

“I phoned him up and said I wasn’t going to play for the B team, and he said I’d never play for England again. And you have to say he was right!” 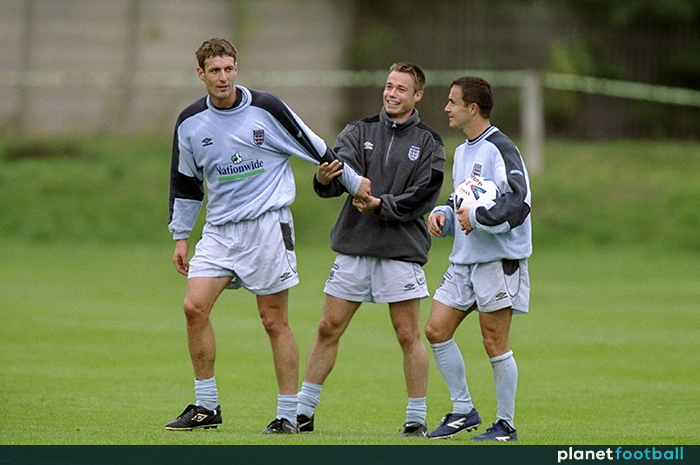 Before moving to Arsenal, Squillaci refused to play in a Champions League qualifier for Sevilla because he knew it would cup-tie him for the rest of the season.

Having been a mainstay of the side and one of the best players at Fulham for a number of years, Dempsey decided he wanted to leave the club in 2012 – much to the anger of manager Martin Jol.

A website owned by the same company which owns Liverpool published a story saying he had signed for the Anfield club – even though Jol said they hadn’t even put a bid in for him. He ended up moving to Tottenham on deadline day.

Eight players who came out of retirement: Scholes, Lehmann, Cruyff