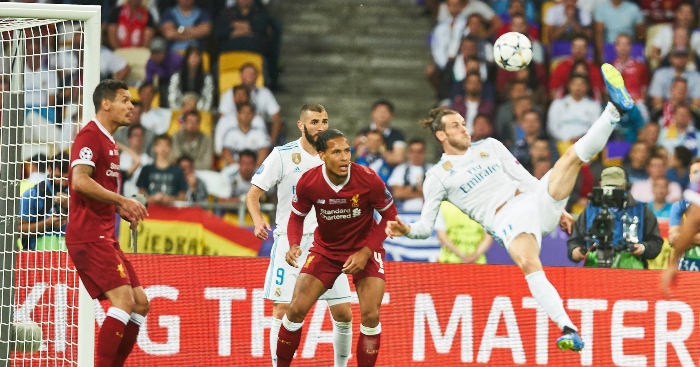 The 2010s have gone on forever, and we’ve had greater access to football’s most majestic moments than ever before.

We’ve reached the stage where the best goals from the biggest leagues are at our fingertips almost immediately, with the standout events from across the world following not far behind.

Here are some of those events which have left a real mark on us, from the start of the decade right through to the end.

Remember when Wilshere was a key cog in a free-flowing Arsenal side? This goal came a little after his best days, but showed us everything he – and Arsene Wenger’s Arsenal – were about.

We’ve seen plenty of moments of delightful skill this decade, but you still can’t beat a perfect elastico.

Speaking of things we hadn’t seen before…

The Dutchman’s stint in charge of Manchester United was brief, but it had its memorable aspects, not least this incredibly hammy piece of acting,

Why would we include one of his goals when this reaction to a disallowed effort is so much better? Nani’s touch was entirely unnecessary, but at the same time might have been the most vital thing ever.

This is the sort of thing we’d expect from Rooney in 2004, not a decade and a half later.

First time I saw this, thought it was great.

Second time, realised it was the last minute and the winning goal. Amazing.

Third time, realised the DC keeper was upfield and Rooney was protecting an empty net. Flip.

I mean, this is *really* good.pic.twitter.com/p6C5zIyXsR

How on earth do you do this with your ‘wrong’ foot?

Doing this in a Champions League final should be illegal.

The best Premier League assist of the decade, just two months into the 2010s? Absolutely.

We dare you to ask Vergini what he was trying to do with this. He’d probably swing at you… and then hit himself square in the face.

A thread of the best own goals in football history. In no particular order.

Starting off with Santiago Vergini belting one against Southampton in 2014/15, the first of three own goals Sunderland scored in an 8-0 demolition.pic.twitter.com/uyyK6TaYEa

Stefan Frei with a save of life on Altidore to keep MLS Cup Final goalless #TFClive pic.twitter.com/tKqK4puCuD

The only thing better than Yeboahing one in like this is doing it at 6-0 down, when it couldn’t matter any less.

Huntelaar’s goal wasn’t even the best consolation of the decade.

3⃣6⃣ today! 🎉🎂#HBD to Fabio Quagliarella, who's on FIRE in Italy at the moment – he's scored in a record-equalling 11 consecutive #SerieA games 🔥🔥🔥#TBT to the 2010 #WorldCup, when he scored this delightful chip against 🇸🇰Slovakia 👌 pic.twitter.com/BdUs0iKwt9

No, not any of the goals he scored, but rather the one he failed to keep out…

Back at the 2014 World Cup, goal-line technology was supposed to make everyone’s life easier. It didn’t happen immediately, though.

Still the high point of the decade, and the moment that told us anything is possible. We’re still not quite sure how Leicester won the league, and frankly we don’t want to delve too deeply.

It's been an eventful eight years!