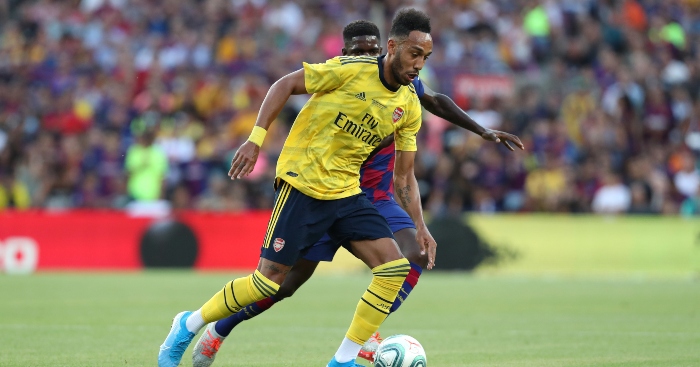 English football is back and half of our editorial team already hate it as Stoke City and Leeds United had contrasting fortunes on the opening weekend of Championship action.

Meanwhile, Manchester City beat Liverpool on penalties in an entertaining Community Shield and a number of other Premier League clubs completed their pre-season friendlies.

Kyle Walker, that is absolutely spectacular 🤯

This was also impressive.

Manchester United are going to try to sign him now.

Teenager Matty Longstaff scored this stunner within seconds of coming on for his home debut for Newcastle United yesterday.

We’re starting to suspect he might be pretty good at football.

We’re so happy English football is back.

Move over Rory Delap, best throw-in ever at Stockport vs Maidenhead game. 👏🏾👏🏾👏🏾 pic.twitter.com/qXgZXu6Hes

Headers from outside the box are the best type of goals.

Every glorious goalkeeper howler in the Championship this weekend so far in one video. Enjoy. pic.twitter.com/JrVO4qewfz

Speaking of goalkeeper’s being ridiculous…

If only he’d finished this run off.

Let’s all just take a minute to look back and appreciate the Class A shithousery from @MallikWilks yesterday 😂🙌🔴#BarnsleyFC | #Barnsley | #YouReds pic.twitter.com/Pcz3MTc82l

Our Stoke-supporting editor is on holiday this week. Don’t worry, he was at their opening game of the season to witness QPR score this.

Our Leeds-supporting deputy editor is very happy to have Pablo Hernandez back in his life on a weekly basis.

The Liverpool duo testing out what’s the best biscuit to dunk in a cuppa – what’s not to like?