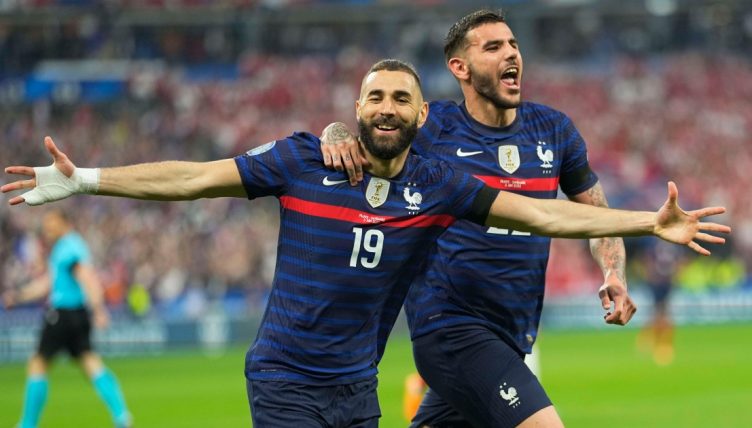 Wales stole the headlines over their weekend by beating Ukraine 1-0 and qualifying for their first World Cup since 1958.

Elsewhere, Cristiano Ronaldo scored a brace for Portugal and Lionel Messi managed to outdo him by scoring all five goals in Argentina’s 5-0 win over Estonia.

Nobody can deny that Benzema is the best player in the world right now.

The GENIUS that is Karim Benzema on full display again! 🤯

Absolutely outstanding dribbling and finish, set up by a beautiful flick from Nkunku, and France are in front 🇫🇷 pic.twitter.com/5T2zLkmCCu

After a mixed season at PSG, Messi is saving his very best for Argentina.

A historic moment for Wales.

Hennessey did his best Thibaut Courtois impression to take Wales to the World Cup.

9 – Wayne Hennessey made nine saves for Wales in this match, while Ukraine’s nine shots on target were the most by a team without scoring during a game in the 2022 European World Cup qualifying campaign. Heroic. pic.twitter.com/id4lXDDY4O

Not a bad way to score your first senior international goal.

😍 Gavi gets his first senior international goal for Spain with an exquisite finish.

⭐ What a bright future this young man has ahead of him. pic.twitter.com/m4EDeV4FX0

It’s easy to see why Mane is an absolute hero in Senegal.

Sadio Mané has now scored more goals for Senegal (32) than any other player in the nation's history. 🇸🇳 pic.twitter.com/mzJ52YogGx

England may have lost to Hungary but a dream came true for Bowen.

Arsenal and England have a very special talent on their hands.

Nothing to see here. Just Bukayo Saka dribbling past Trent Alexander-Arnold AND Kyle Walker before scoring.

Garnacho will be taking free-kick duties off Ronaldo soon. Well, he’ll try to.

It may have been a late consolation but what a strike from the Manchester United youngster.

"That is an absolute beauty!" 🙌

We’d have loved seeing these two play against each other.

One of the greats! pic.twitter.com/LtSuC41xNp

We feel sorry for him but we also can’t stop laughing at this.

A goalkeeping howler of the HIGHEST order 😳

Defenders will definitely try and learn how to do this.

Just when you thought you’d seen it all 🤷‍♂️

Forget about media training, this is what everyone wants to see.

John McAtee has been a star in @officialgtfc's promotion run…

But this interview might be his best work yet 🤣@TheVanaramaNL pic.twitter.com/oTxtNuBHL7

No matter who you support, this is well worth seven minutes of your time.

Few supporters have seen as much as this man in our 130-year history.