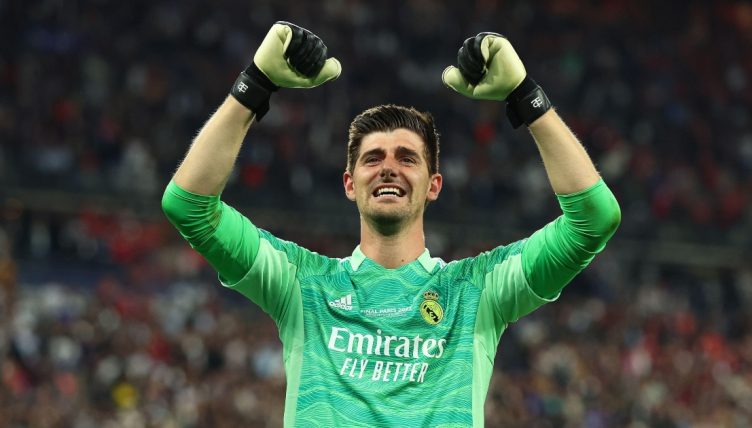 Real Madrid dominated the headlines at the weekend after a Vinicius Junior goal gave them a 1-0 win over Liverpool in the Champions League final.

Elsewhere, Nottingham Forest secured their long-awaited return to the Premier League with a 1-0 win over Huddersfield Town in the Championship play-off final.

After winning his fourth Champions League as a manager, Ancelotti couldn’t resist a little dance.

Unsurprisingly, Toni Kroos was having none of it.

The fifth Champions League title is still as special as the first.

This is so wholesome, 8 years of playing next to each other. 5 UCL titles together. Modric & Kroos got me crying man pic.twitter.com/i4Pscsf62j

This is quickly becoming one of football’s most iconic celebrations.

Cooper has done a sensational job at Forest.

Steve Cooper gets ambushed by the Nottingham Forest players during his post-match interview 🤣 pic.twitter.com/XPItczIqRv

After securing promotion, Spence couldn’t resist a dig at his former manager.

You don’t get stuff like this in the Premier League!

I wonder how Port Vale owner's son Patrick Shanahan is feeling this morning…😬pic.twitter.com/oaeluYIQra

Ronaldo is club president at Real Valladolid and he celebrated their return to La Liga.

He should definitely stick to the day job.

Jose Mourinho got to drive the Roma parade bus before the parade started 😭😭😭 pic.twitter.com/jEQS67N2Ck

We’ve already watched this goal on repeat at least 30 times.

The Man Utd loanee will have impressed Erik ten Hag with this strike.

What a time to get your first goal of the Brasileirão season. 👍 pic.twitter.com/tNPPdTXfvg