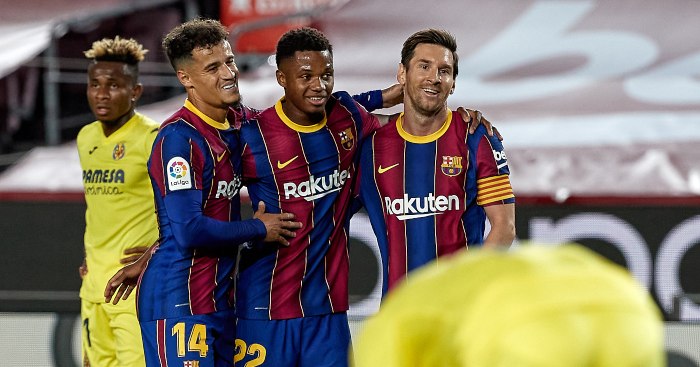 While the handball rule caused plenty of controversy this weekend, Jamie Vardy stole the show in the Premier League with a hat-trick in Leicester City’s 5-2 win over Manchester City.

Elsewhere, Ansu Fati got Ronald Koeman’s reign at Barcelona off to an excellent start and Marcus Rashford continued to showcase his skills.

Ribery has definitely still got it.

What an incredible pass that was from Franck Ribery to provide the assist 🤤 pic.twitter.com/90s5dravbk

Even the referee isn’t safe.

Jamie Vardy is the first player EVER to score a hat-trick away from home against a side managed by Pep Guardiola.

Not even Lionel Messi has managed that. 🤯🤯 pic.twitter.com/uideV02vRD

It’s easy to forget that he’s still only 17.

An EMPHATIC finish from Ansu Fati for Barca's first goal of the season! 💥

Just the start Ronald Koeman would have wanted to this one 🔵🔴 pic.twitter.com/geR2tfdmpD

Anything Neal Maupay can do, Ramos can do better.

A new season, but Sergio Ramos is still just as deadly from the penalty spot 🔥

Cool as you like from the Madrid captain 🥶 pic.twitter.com/1HUYJnEzYT

Costa and Luis Suarez could become an iconic strike partnership.

Diego Costa was asked about his budding partnership with Luis Suárez.
– 'It's really good, one of us bites and the other kicks'. https://t.co/cysM6O01S8

The fake fans thought this was in.

Roy Hodgson will hope he makes Crystal Palace’s game against Chelsea at the weekend.

Guys I think Cheikhou Kouyaté is trapped in my television please help pic.twitter.com/LAGxOcb6Ym

What a goal this would’ve been.

And what a goal this would have been.

WHAT A GOAL THIS WOULD’VE BEEN BY NEYMAR! 😱🔥 pic.twitter.com/zf4GDf5lEn

Football in 2020 summed up nicely.

Not so well done, Paolo.

Why is ‘Nazi Germany’ always the go to comparison when someone isn’t happy with their leaders? There are so many other fascist regimes you could use to add a bit of variety to your vitriol, like ‘Franco’s Spain’, or ‘Salazar’s Portugal’ or ‘Di Canio’s Sunderland’.

The season that David Ginola won Footballer of the Year, he did not finally pull clear of Jamie Carragher in the Tottenham league goals scoring chart until 10 May

We really, really felt for Ben White after this.

Start your week right by watching this on repeat. 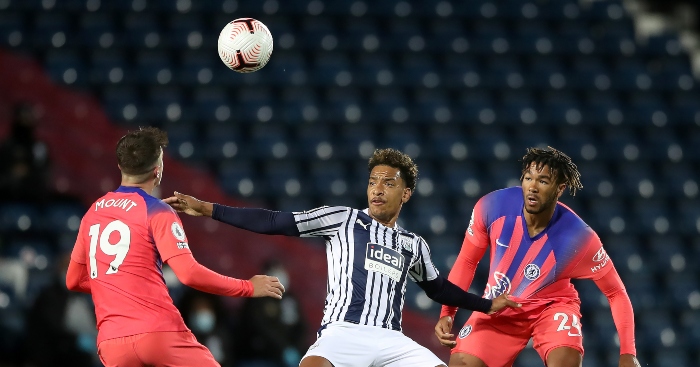 READ: Matheus Pereira’s backheel brilliance marks him out as the PL’s new Payet

Watch: Luis Suarez gets two goals and an assist on Atletico Madrid debut