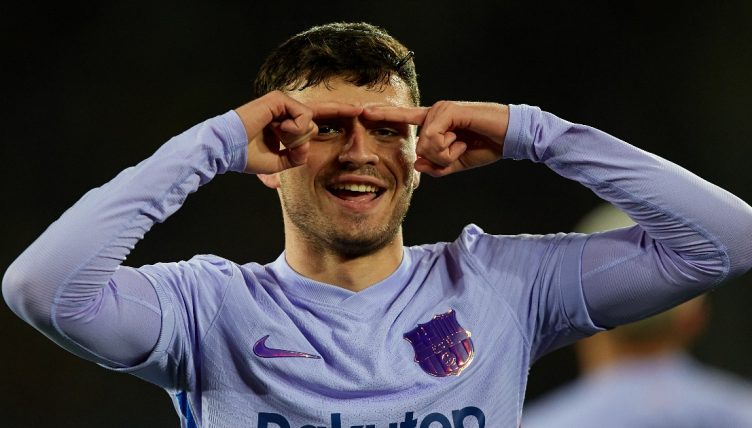 All eyes were on the Etihad Stadium over the weekend as Manchester City drew 2-2 with Premier League title rivals Liverpool.

Elsewhere, Barcelona kept up their sensational run with a last-gasp winner away to Levante, the Serie A title race took more twists and turns as Milan and Napoli dropped points and PSG are finally starting to be as entertaining as they ought to be. There were plenty of great moments in England and further afield, too.

44 – Since the start of 2018-19, Trent Alexander-Arnold has assisted more Premier League goals than any other player (44). His assist for Diogo Jota today means he has now set up at least one goal against all other 19 current Premier League sides. Unstoppable. pic.twitter.com/kiVtJFUJQz

The Man City goalkeeper must have ice in his veins.

Would have been a moment to forget for Ederson if that went in 🥶#MCILIV#AstroEPL pic.twitter.com/vTeF9yG6cx

The future is bright at Barcelona.

The assist and the finish are both delightful.

Reguilon should leave the dancing to Dejan Kulusevski.

The Spurs loanee will have impressed Antonio Conte with this strike.

Still keeping up his half of Sky Sports’ best double act.

🗣 “At least we’ve got one right-back from Bury who’s decided to turn up.” @Carra23 has a message for you @GNev2 🤣🤣 pic.twitter.com/3kYa7oGod8

He was very happy with what the commentator had to say.

#LUFC Raphinha picked up a headset to listen in to Sky's commentary during his side's 3-0 win over #WatfordFC 😂🎧 pic.twitter.com/w5sY6uRwvc

Modena's goalkeeper scores a 91st-minute winner from his own box 🤯

You can’t beat a goal direct from a corner.

CHARLOTTE FC OPEN THE SCORING AGAINST ATLANTA UNITED FROM AN OLIMPICO 😳

What a way to start the match. pic.twitter.com/lHwTZEessr

What on earth was he thinking?