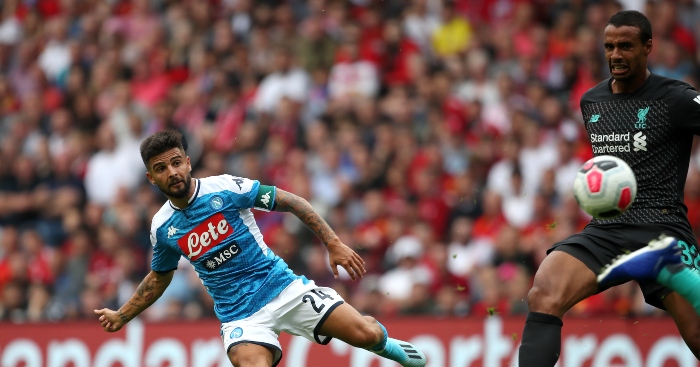 The start of the Premier League campaign is now just two weeks away – and clubs are completing their final preparations ahead of the new season.

Pre-season friendlies are now starting to gain that extra edge and have more of a first-team feel about them, leading to a number of exciting fixtures over the weekend.

We’d quite like Barkley to be good this season. This looks promising.

Barkley’s goal was almost as good as Reading’s opener.

Sadio Mané visiting the construction site of a school he's building in his village Bambali in Senegal.

We’re gonna be honest: we didn’t expect this from him.

MLS is a wonderful place.

Jozy Altidore has been at it again.pic.twitter.com/nA0nubRG9B

Anderlecht fans marked Kompany’s return to the club in some style.

Stop what you are doing and watch this goal from @jmcginn7

Not gonna lie, didn’t know he played for Norwich.

"As a footballer, scoring at any level, if it's in the season, pre-season or with your mates, whenever, it's what we love to do.

So any chance I get to score a goal is special and if I can continue that in the Premier League, we'll see."pic.twitter.com/SdEkRjmViU

This pass wasn’t bad, either.

Patrick Roberts 😍 What a pass!

Diego Valeri is taking no prisoners! What a run. What a nutmeg. What a goal‼️#Portland pic.twitter.com/sfT2Z4kPoN

We’ve only just seen this clip of the BBC’s transfer guru and it turns out there’s nothing he can’t do.

Enjoy your week, you lot. (Best put your headphones in for this one if you’re in work.)

This is quite possibly the best video I have ever seen pic.twitter.com/NaixYE4pEU