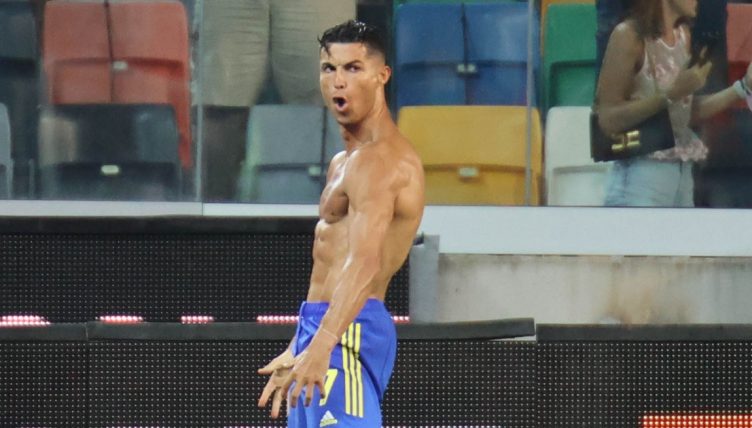 Football is well and truly back, with Serie A the latest and last major European league to kick off.

With football across England, Spain, Germany, France and now Italy all underway – with fans in the stands, too – we were treated to wall-to-wall football and it didn’t disappoint.

Here are 17 of our favourite moments from the weekend’s action.

The Leeds-supporting contingent in the office enjoyed this one. And we can understand why. Helluva finish.

Gerard Pique took a massive wage cut so Barcelona could register Eric Garcia. He might have wished he’d kept the money after watching this.

It's a red card for Eric Garcia as he's forced to take Nico Williams down right on the edge of the box! 🟥

Martin Braithwaite scored two last week but he missed an absolute sitter in that first half! 😬

A strong 45 minutes from Athletic Club, a couple of big chances for Barca, but it's still scoreless at San Mames 👀 pic.twitter.com/whziXJD3Ip

Assists don’t come much sexier than this.

An outrageous assist from Carlos Bacca and a clinical finish from Luis Suarez puts Granada 1-0 up 🔥 pic.twitter.com/tStlQzhHx7

Nerves of steel to ignore this joker.

How good is having fans back…? 😅

How the Celtic winger had the composure to spot and make the pass after running that far at that speed we have no idea.

🍀 Izzy Atkinson with an incredible solo run who squares it to Rachel Donaldson to equalise for @CelticFCWomen #MINCEL pic.twitter.com/1p1DjuuSlj

This is just centre forward perfection, isn’t it?

No idea what the ‘keeper was up to, but that is a fine pass from the Atleti new boy.

Feeling the love after a Serie A debut to remember.

The AS Roma fans are loving him already ❤️ pic.twitter.com/4QqVtyrDmR

A box office start to the season from the Juventus keeper.

Wojciech Szczesny with a rush of blood to the head 😬

Some causal play at the back was punished by Gerard Deulofeu as Udinese snatched a draw from 2-0 down!

Not the start to the season Juve had planned… pic.twitter.com/mtaOsYXyUA

A classic Ronaldo header to win it in injury time… ruled out by VAR. Ouch.

Not a natural finisher, they say…

That is absolutely FILTHY from Vinicius! 🤤

An incredible dinked finish in off the post to make it 3-3! 👏

This game is unbelievable! 🔥 pic.twitter.com/ZeBriB2G6k